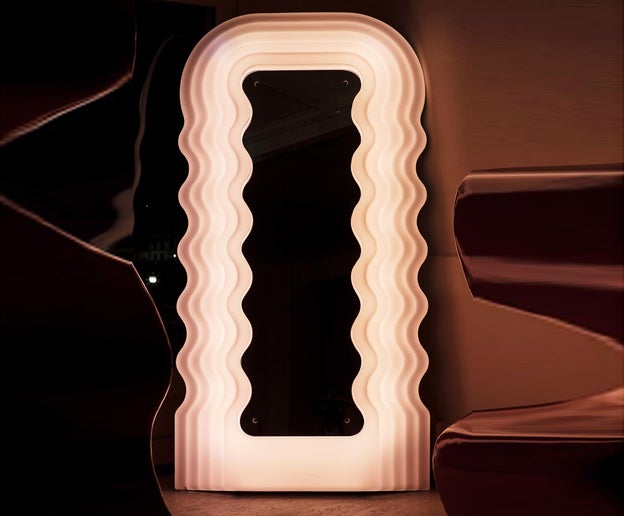 As part of Sottsass’s “I Mobile Grigi” series for the third edition of the Eurodomus trade show, the Ultrafragola, which translates to “ultra strawberry” in Italian, was designed in 1970. It was a precursor to his best-known accomplishment: the 1981 founding of his design collective the Memphis Group (Milan, not Tennessee), which embraced Pop art and exhibited a flashy unorthodox sensibility. The Ultrafragola embodies many of Memphis’s postmodern ideals. With its cheap plastic shell — made of vacuum-formed opaline acrylic — this playful and flamboyant piece challenged modernist design’s clean lines and austere shapes at the time.

Despite the Memphis Group’s spirited start, with its members experimenting radically with furniture, jewelry and more, it had a short life span. In 1985, Sottsass refused to be defined by a single design movement, so he left the group, which formally dissolved two years later. However, Italy’s Poltronova still manufactures the Ultrafragola mirror today. And it’s seeing a revival thanks to its made-for-social-media aesthetic and growing favor among celebrities and contemporary interior designers. Indeed, the Memphis style is having a beautiful, bold, neon-colored comeback.