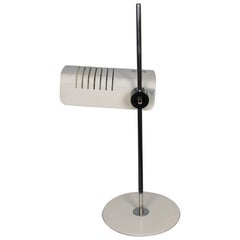 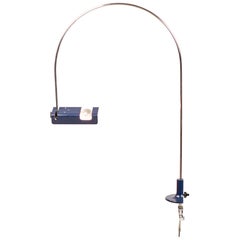 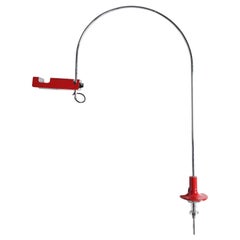 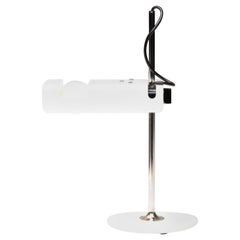 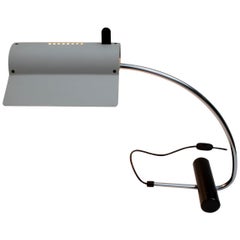 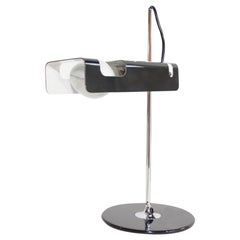 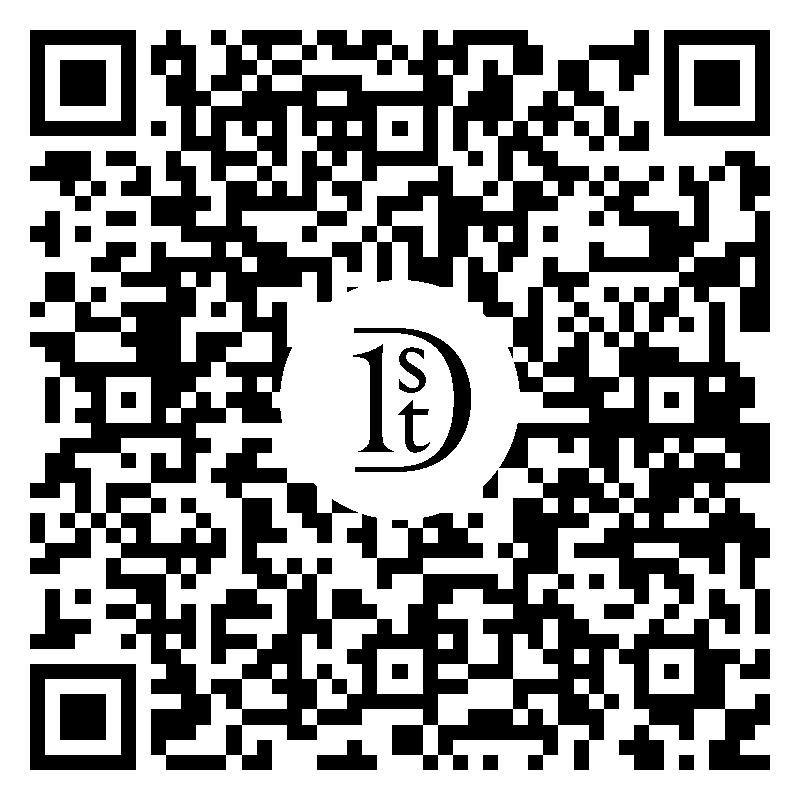 For your consideration a vintage table or desk lamp by Joe Colombo. Red shade with chrome-plated steel hardware. Original clamp can be adjusted to adjust heigh. Made in Italy, circa 1980s.

Portability and adaptability were keynotes of many Colombo designs, made for a more mobile society in which people would take their living environments with them. One of his most striking pieces is the Tube chair (1969). It comprises four foam-padded plastic cylinders that fit inside one another. The components, which are held together by metal clips, can be configured in a variety of seating shapes. Tube chairs generally sell for about $9,000 in good condition; Elda chairs for about $7,000. A small Colombo design such as the plastic Boby trolley — an office organizer on wheels, designed in 1970 — is priced in the range of $700. As Colombo intended, his designs are best suited to a modern decor. As you see on these pages, if your tastes run to sleek, glossy Space Age looks, the work of Joe Colombo offers you a myriad of choices.

About the Seller
4.8 / 5
Located in National City, CA
Platinum Seller
This distinction is for experienced sellers who continually surpass customer expectations.
Established in 2007
1stDibs seller since 2013
670 sales on 1stDibs
Typical response time: 1 hour
More From This Seller
View All From Seller