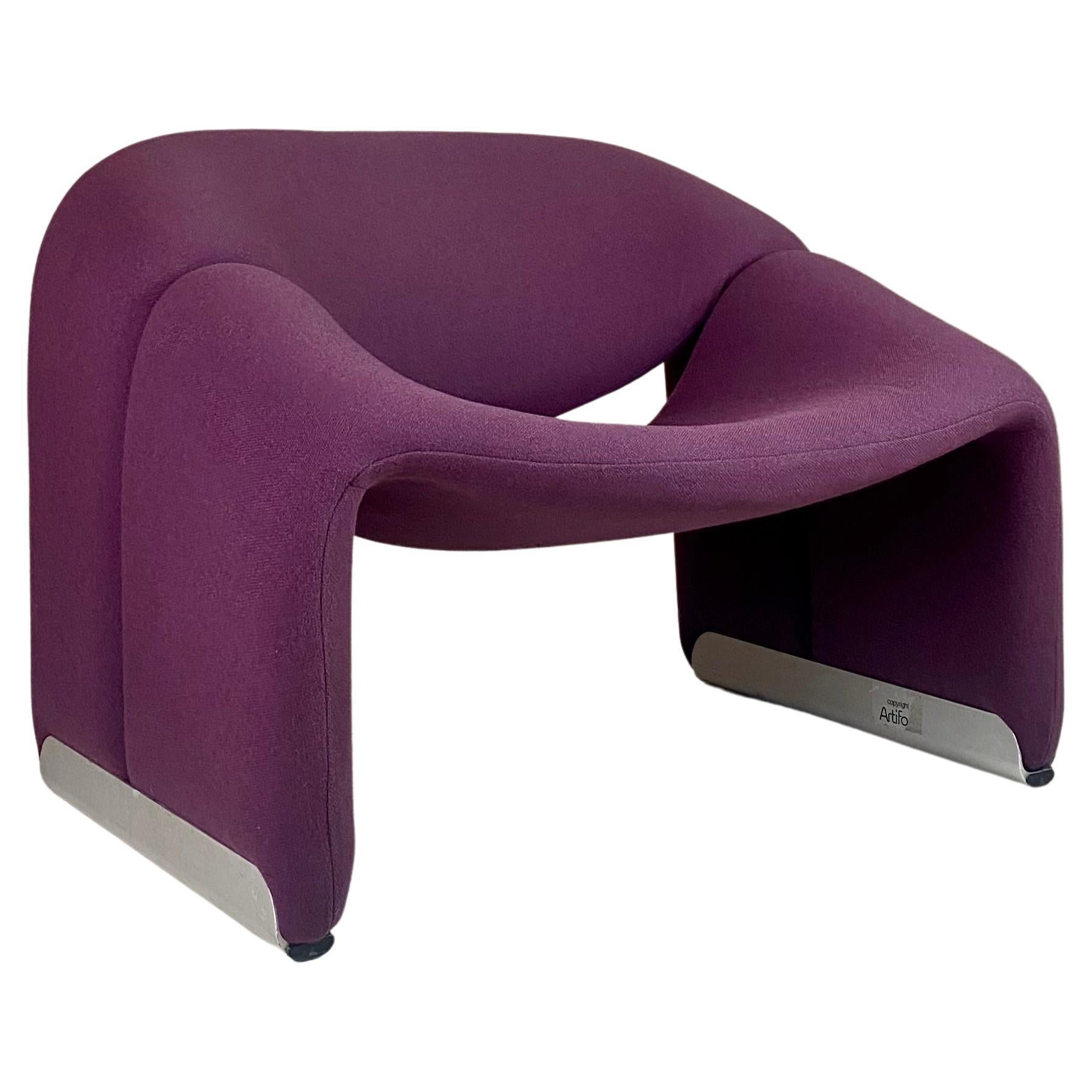 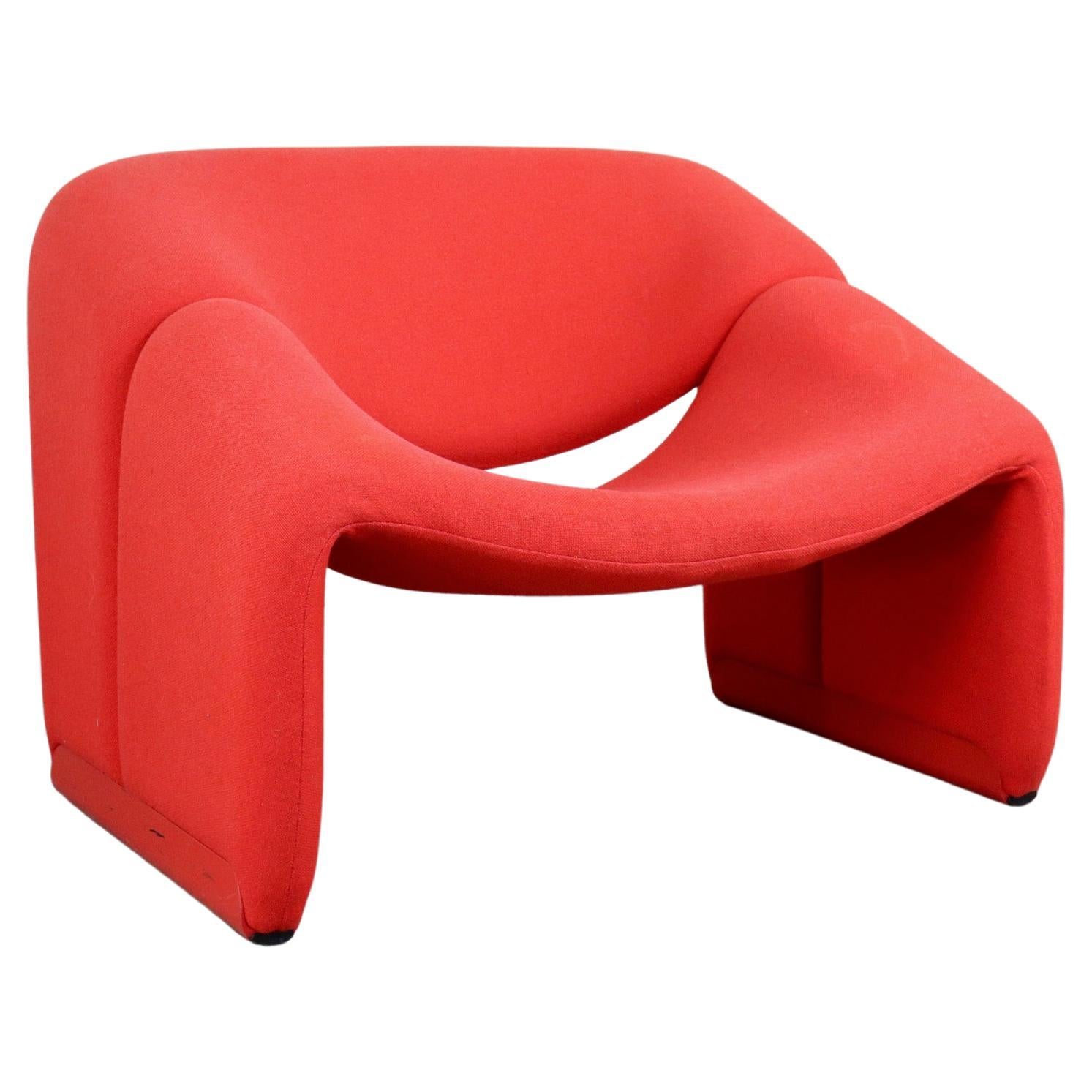 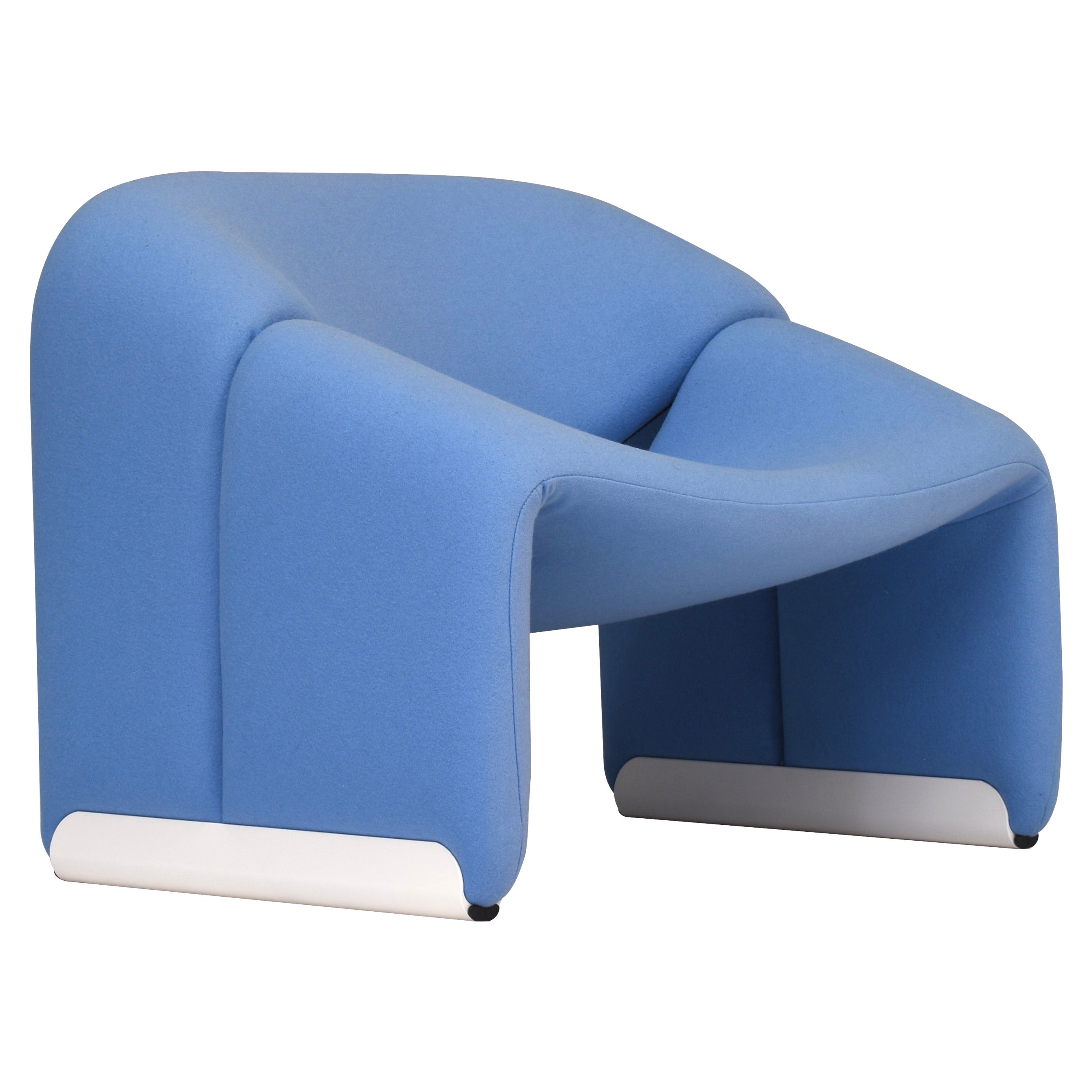 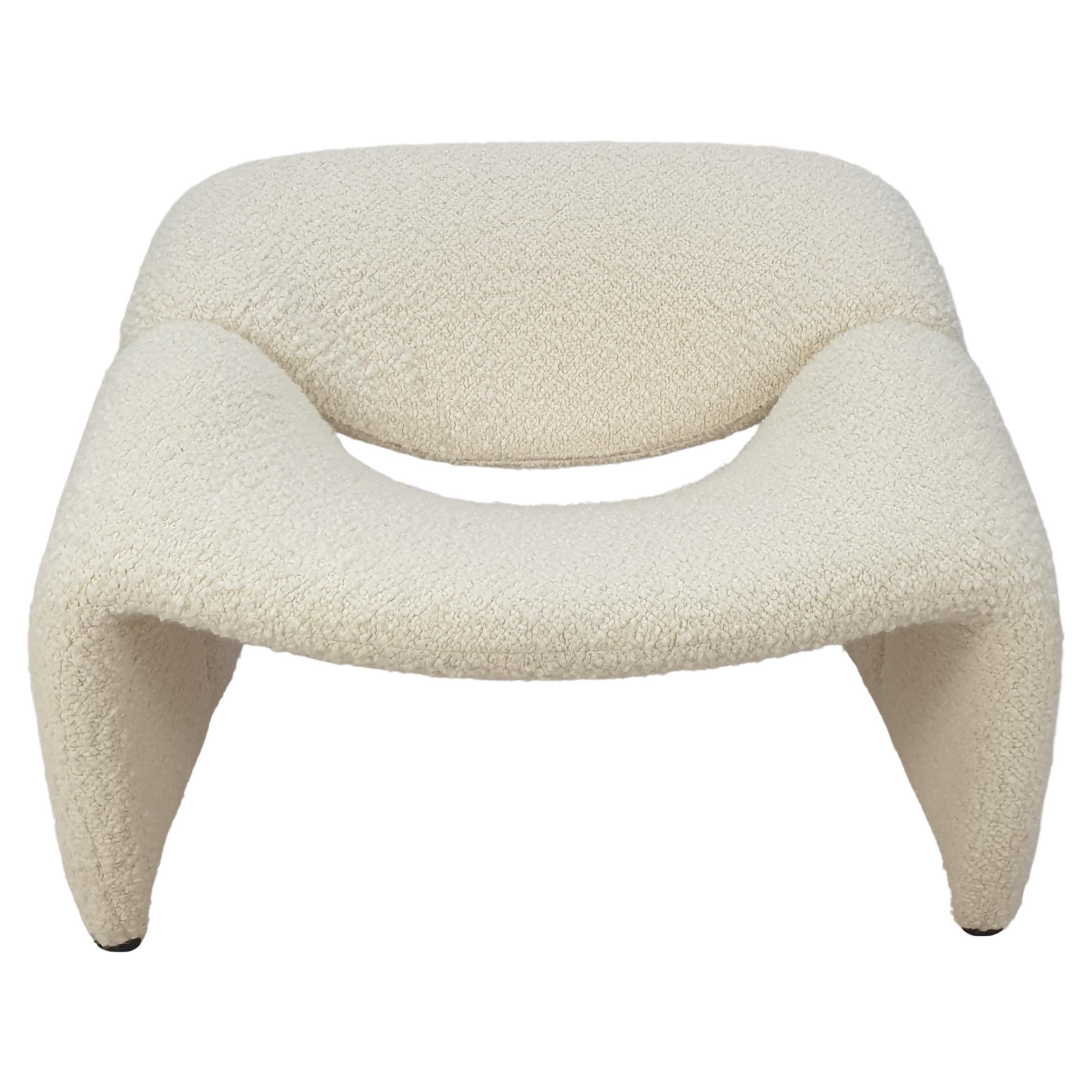 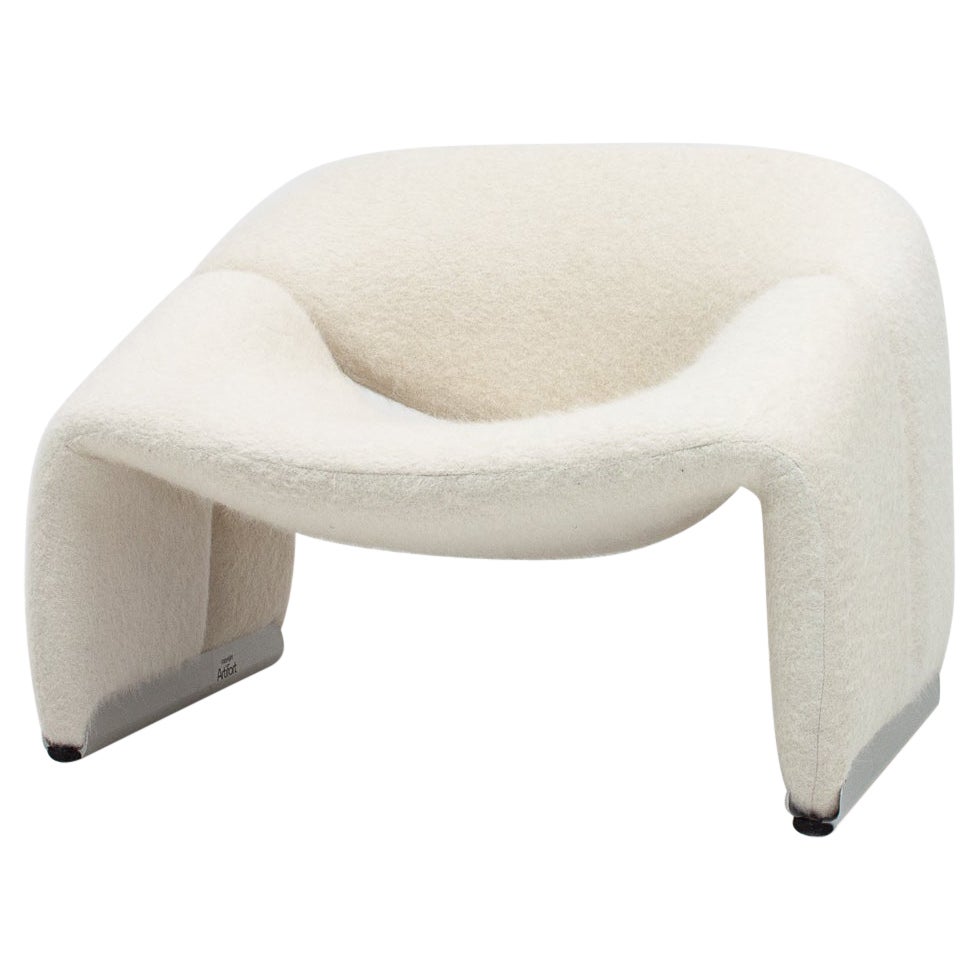 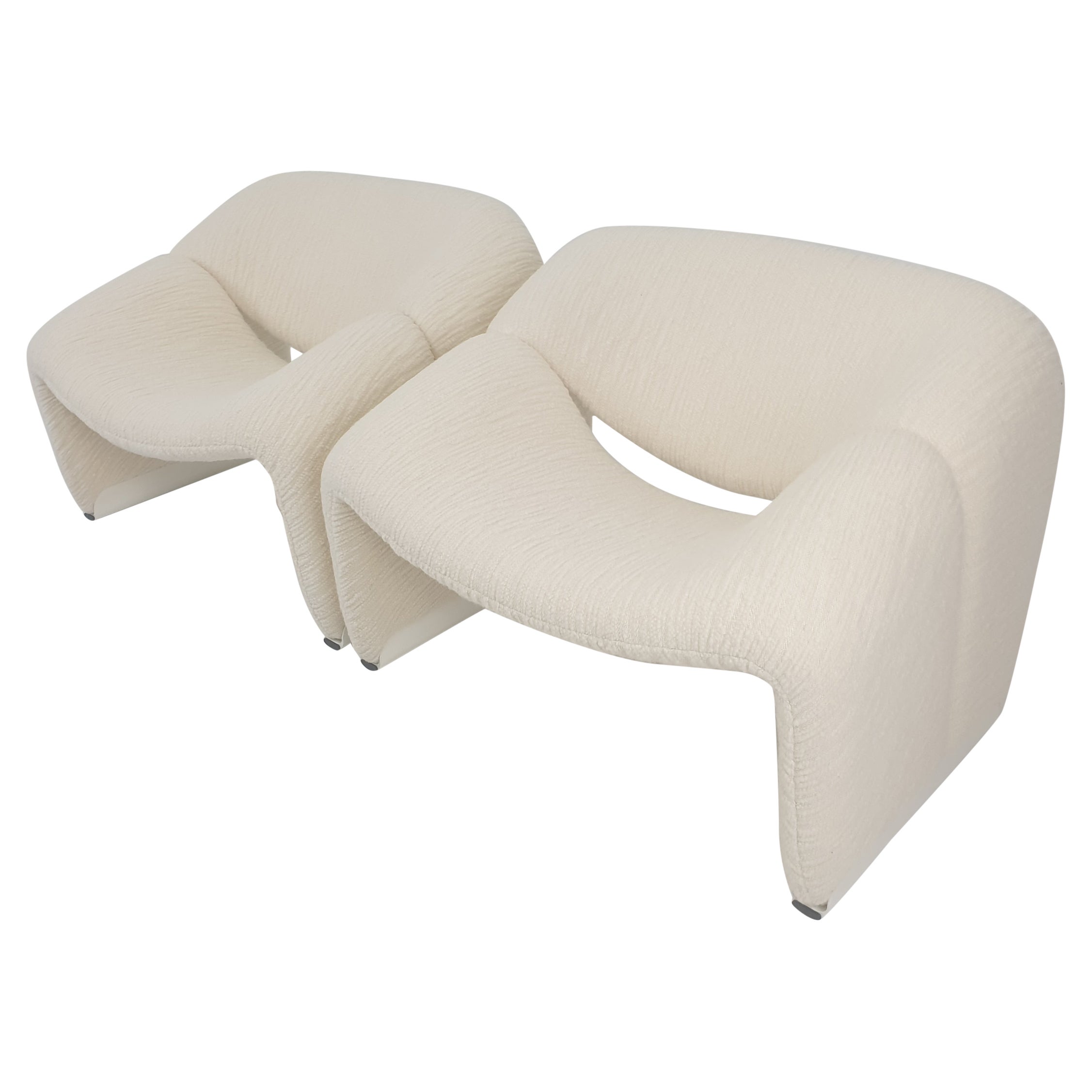 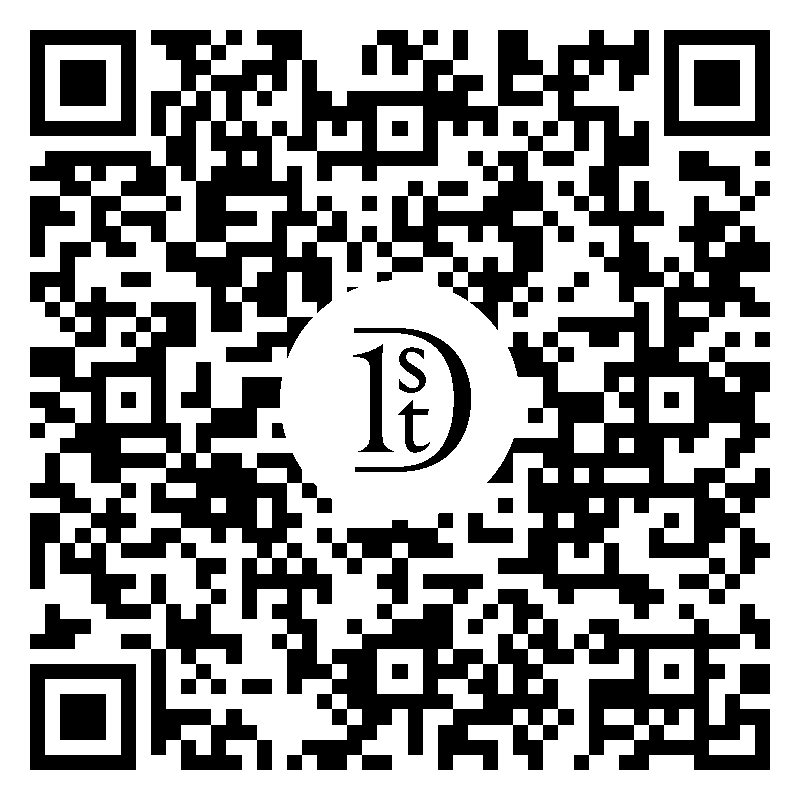 Born in Paris in 1927, Pierre Paulin a created his best known pieces in cooperation with the Dutch manufacturer Artifort. The tongue chair, the ribbon chair, the tulip — to name but a few — all feature in museums such as the MOMA New York and Centre Pompidou Paris. Originally designed in the 1972, his famous F598 Groovy or M-Chair is by far his most iconic piece. Its compactness combined with great comfort and dashing looks made this chair one of the bestsellers of the 1970s. Being out of production today, made the Groovy even more sought after and collectable. The listed Groovy Chair is manufactured in the 1980s and is in wonderful condition. It is signed and numbered on the (original and very rare) brown base. I bought the chair as it is now, but I reckon it must have gotten a professional re-upholstery in an earlier stage of its life — as it still looks this great. Or not. I just don’t know, it just looks fantastic. General note: Shipping quotes as supplied by 1stdibs are only indicative. We will discuss and figure out the best possible shipment method (and rate) for every individual object. 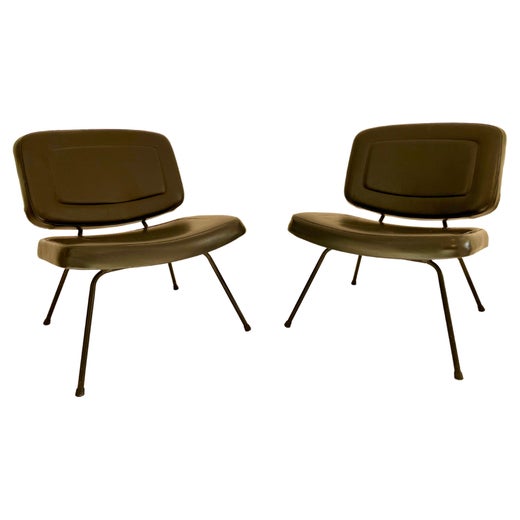 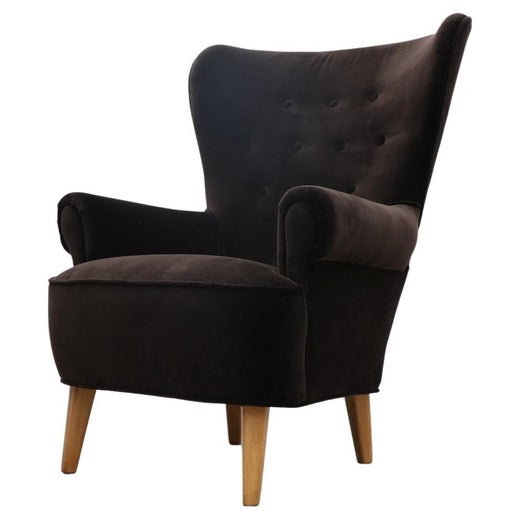 The sterling reputation that Artifort enjoys isn’t limited to the innovative upholstery and fluid, organic shapes for which its products are widely known — the legendary Dutch brand’s vintage seating and other furniture is also celebrated for its embodiment of functionality, comfort and quality. These are among the principles that underpin the philosophy toward modern furniture design at Artifort, which has been at the crossroads of furniture and art for over 125 years.

Prior to 1928, the year Artifort officially became a brand, Jules Wagemans had a small upholstery business in Maastricht, the Netherlands. After setting up in 1890, his son, Henricus Wagemans, broadened the scope of the company to include furniture production. By the end of the 1920s, their showroom in Amsterdam had made them a recognizable brand across the Netherlands.

Then named H. Wagemans & Van Tuien, the company changed its name to Artifort after the economic recession. Artifort came from two Latin words meaning “art” and “strong” — a perfect description for the style of each design and the manufacturer’s intention to create sturdy furnishings. Artifort’s reputation for durable armchairs and sofas endures, and vintage editions of this seating are now family heirlooms in many homes.

Artifort became a magnet for high-profile and up-and-coming designers alike. Many furniture designers’ careers began thanks to collaborations with Artifort, such as Dutch industrial and jewelry designer Gijs Bakker and Indonesian-born designer Kho Liang Ie. Also known for designing the interiors at Amsterdam’s Schiphol Airport, Kho Liang Ie was an aesthetic consultant at Artifort and used his expertise to turn the company into a world-class brand. Perhaps his largest contribution, however, was attracting the talents of French furniture and interior designer Pierre Paulin and English furniture designer Geoffrey D. Harcourt.

Paulin’s bright and colorful lounge chairs, such as his Orange Slice chair and Mushroom chair, are still central to the Artifort identity. The revered designer not only introduced new construction techniques to Artifort furniture, but contributed fresh materials, Pop art colors and dazzling shapes to the mid-century modern era as a whole, while Harcourt deserves credit for popularizing Artifort internationally and extending their reach into foreign markets.

Another talent boom in the 1990s at Artifort yielded collaborations with Jasper Morrison, Wolfgang Mezger and René Holten. Iranian designer Khodi Feiz was named art director in 2014 and has continued the tradition of recruiting top designers such as Claesson Koivisto Rune, Ilse Crawford and Luca Nichetto.

Find a collection of vintage Artifort lounge chairs, tables and more on 1stDibs.

1stDibs Buyer Protection Guaranteed
If your item arrives not as described, we’ll work with you and the seller to make it right. Learn More
About the Seller
5.0
Located in CULEMBORG, Netherlands
Vetted Seller
These experienced sellers undergo a comprehensive evaluation by our team of in-house experts.
Established in 2016
1stDibs seller since 2022
7 sales on 1stDibs
Typical response time: 1 hour
More From This SellerView All
People Also Browsed
You May Also Like 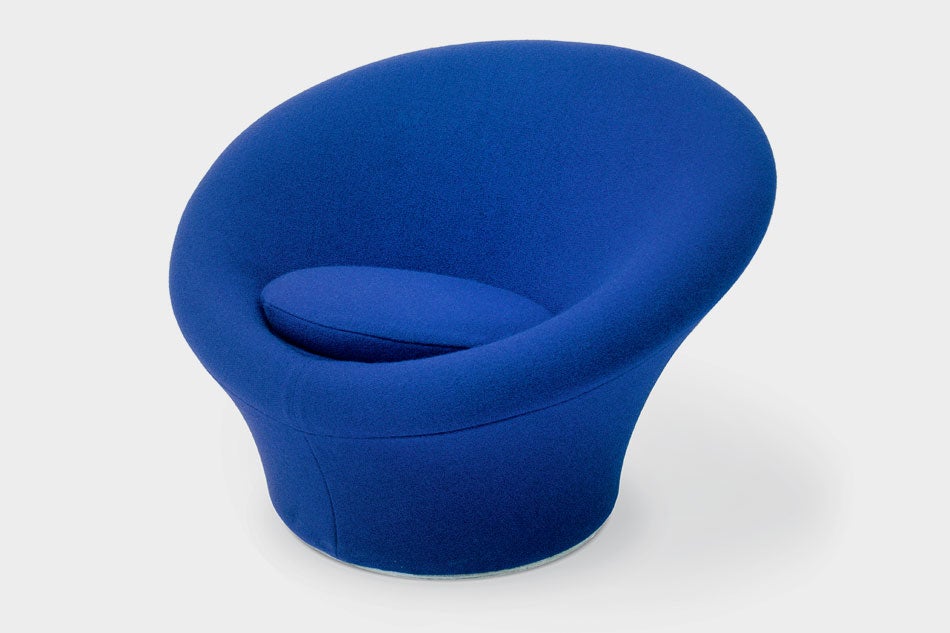