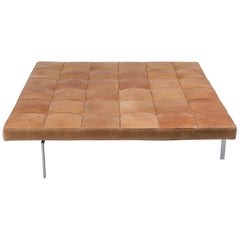 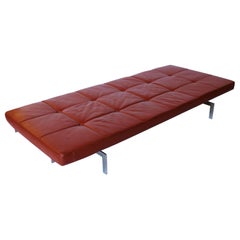 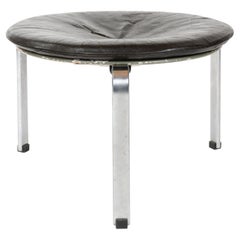 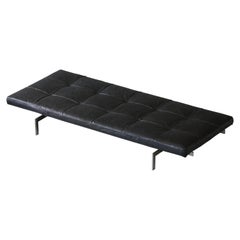 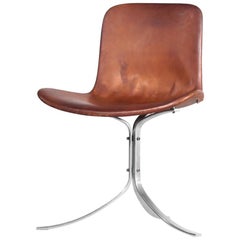 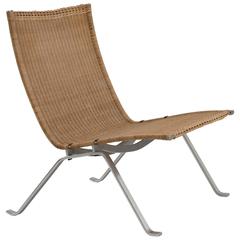 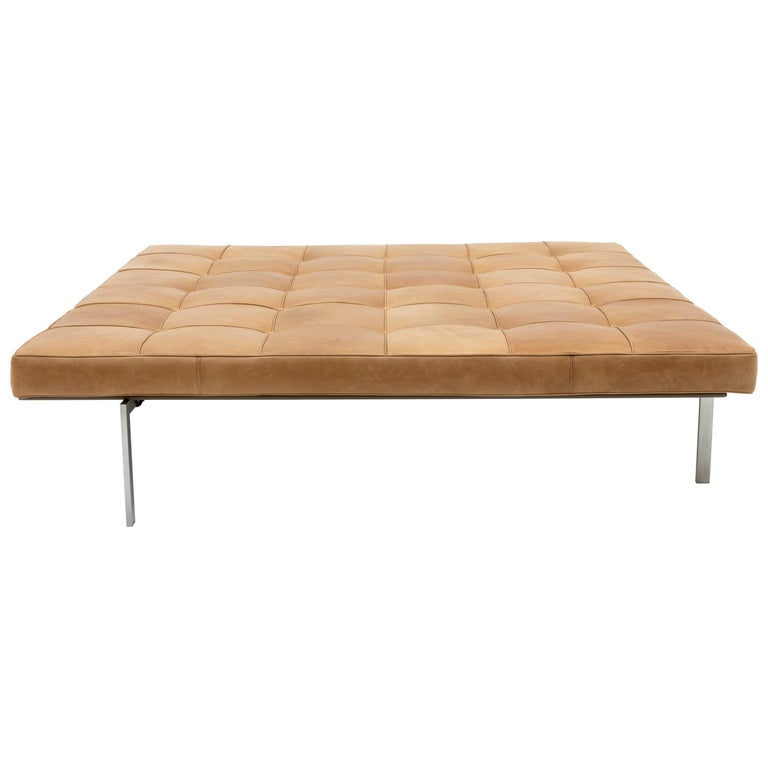 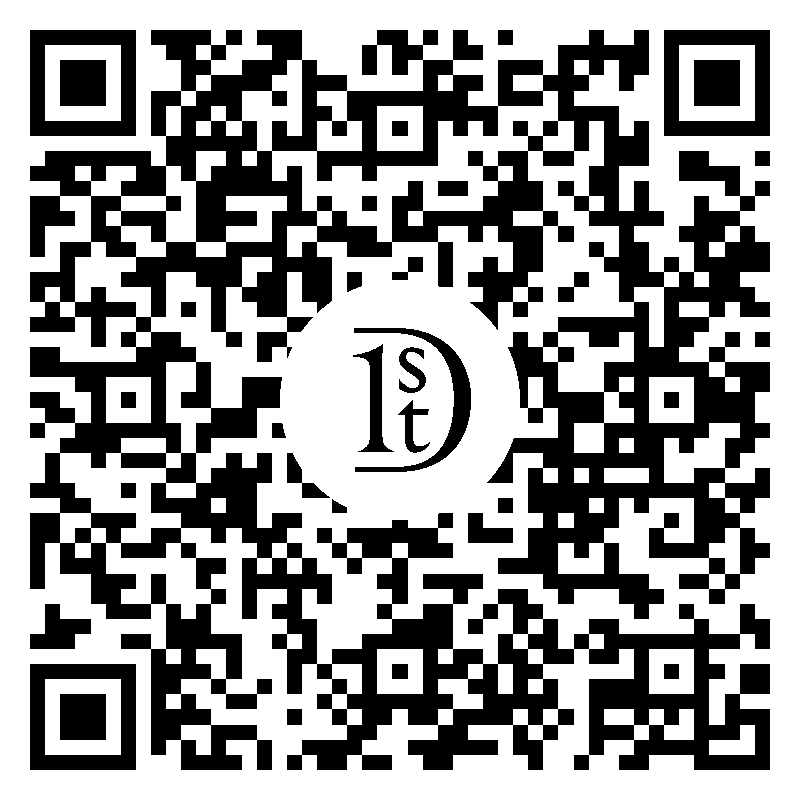 Extremely rare daybed PK80A , E. Kold Christensen edition, Denmark, 1959 brushed steel frame, structure of green / gray lacquered wood cognac leather matras Provenance: 1st owner private collection, Kopenhagen 2nd owner private collection Antwerp Kjaerholm designed this PK80A for the city hall of Tårnby. The square design was a development of his iconic PK80, exhibited in the MoMA in NY. A very limited number have ever been made, estimated is that 3 or 4 have been made for the city hall and another two for the Jens Nielsen & Olivia Holm-Møller museum in Holstebro.

Kjærholm’s signal design was the PK 22 chair of 1956, a low-slung leather lounger on a steel base. The ideas introduced in the PK 22 — Kjærholm’s designs were named using a numeric system devised with his manufacturer, E. Kold Christensen — were refined throughout his career, as the offerings below show: the PK 11 chair of 1957, with back and armrests formed by a semicircle of ash; the capacious, richly patinated leather seat of a vintage 1961 PK 9 chair; the elegant rattan swoop of the PK 24 chaise longue (1965). The chaise longue's leather headrest, held in place by a steel counterweight, best shows Kjærholm's particular gift for combining technological advancements with a respect for traditional detailing. While respectful of the past, Poul Kjærholm's sensibility is one of optimism and expectation. His was design for those who lived with verve and élan, and confidently anticipated the future.