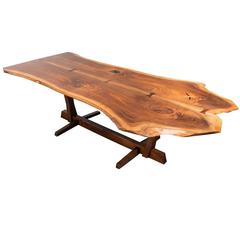 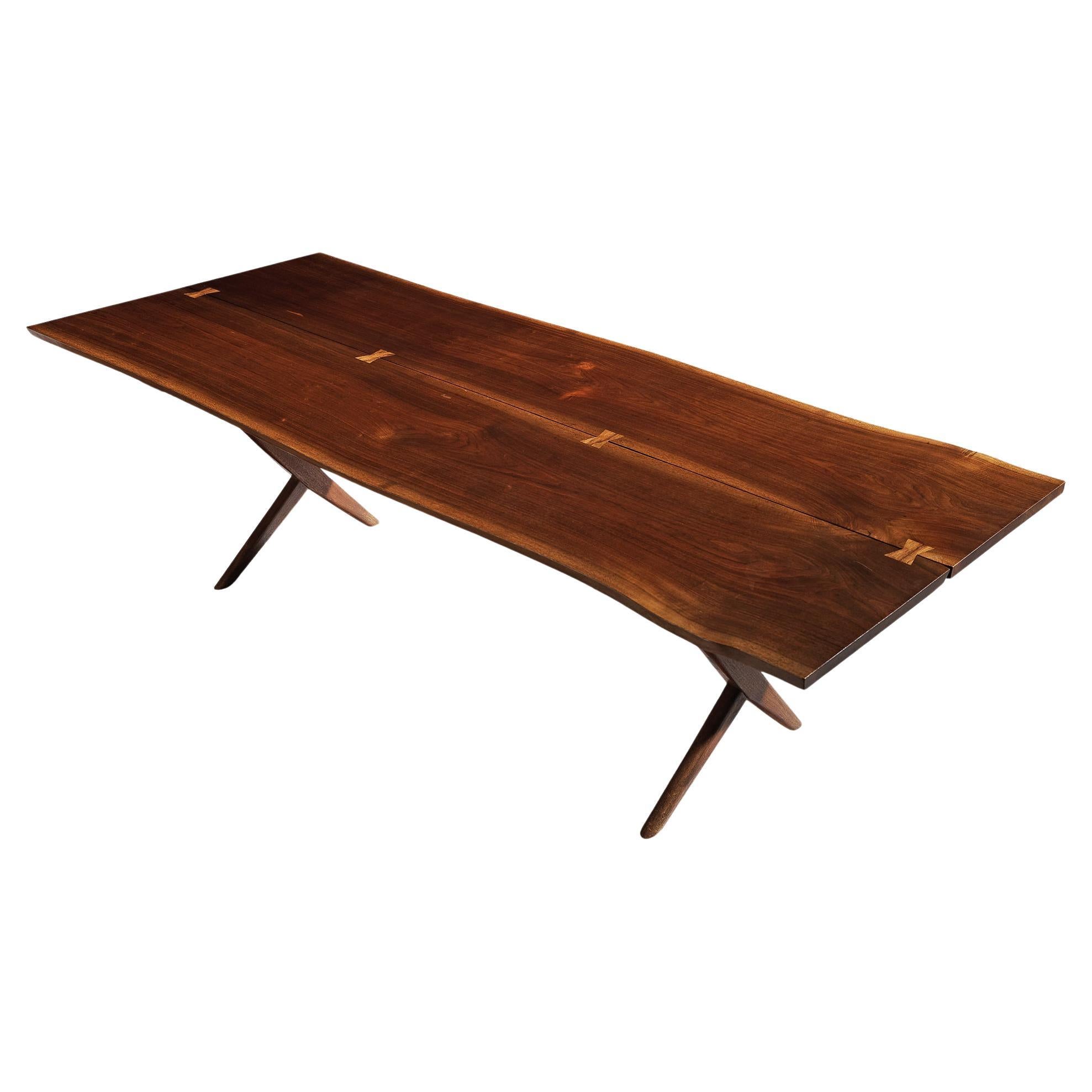 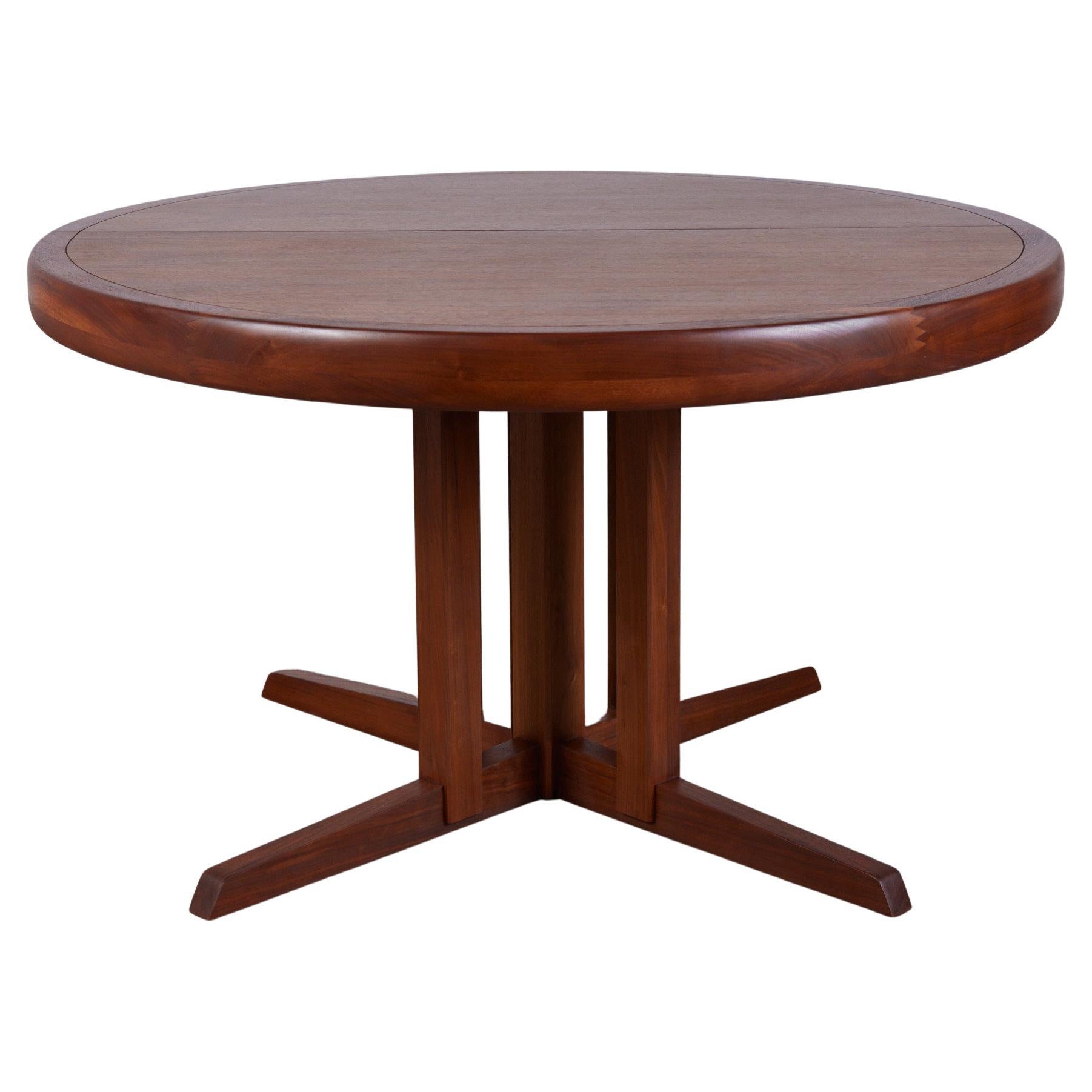 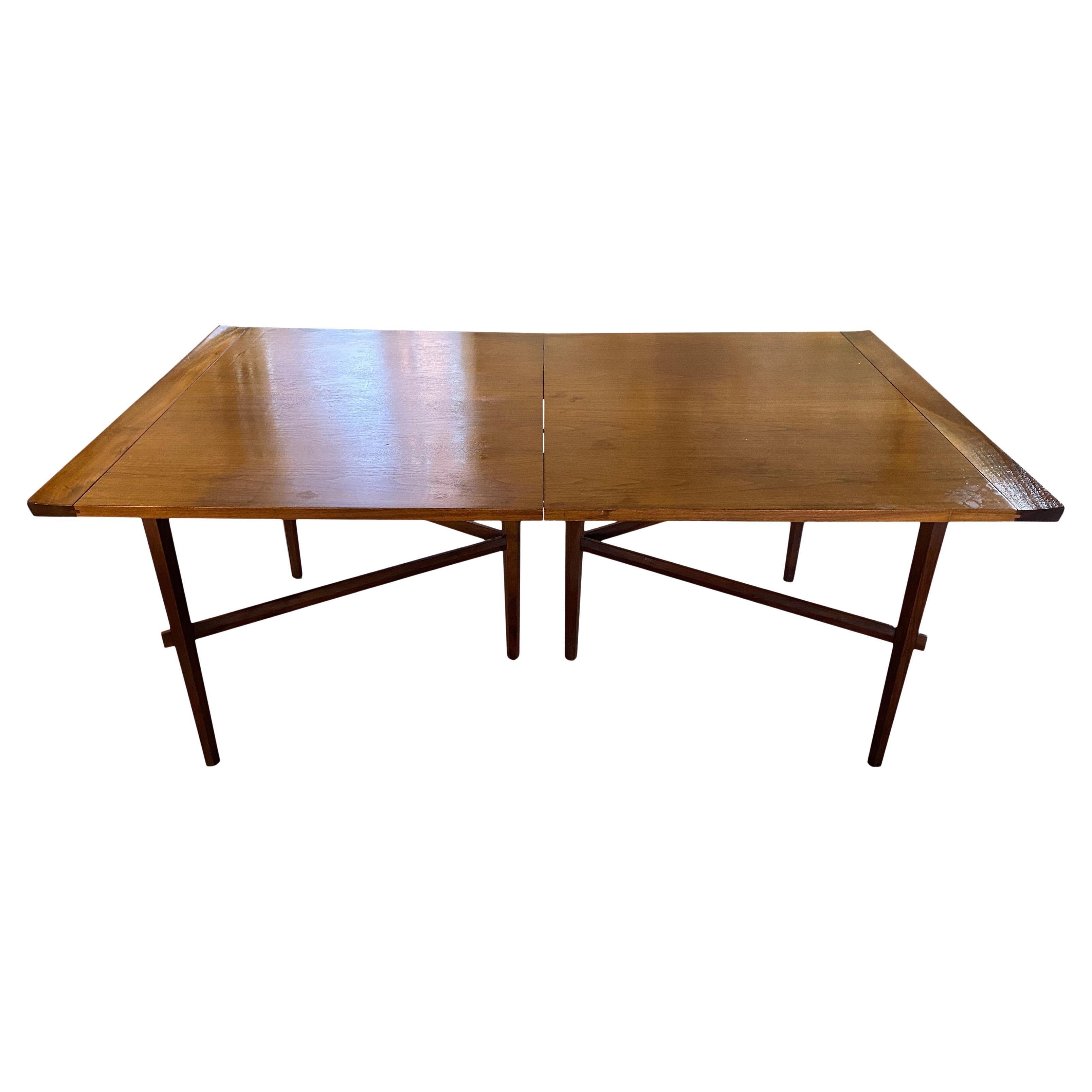 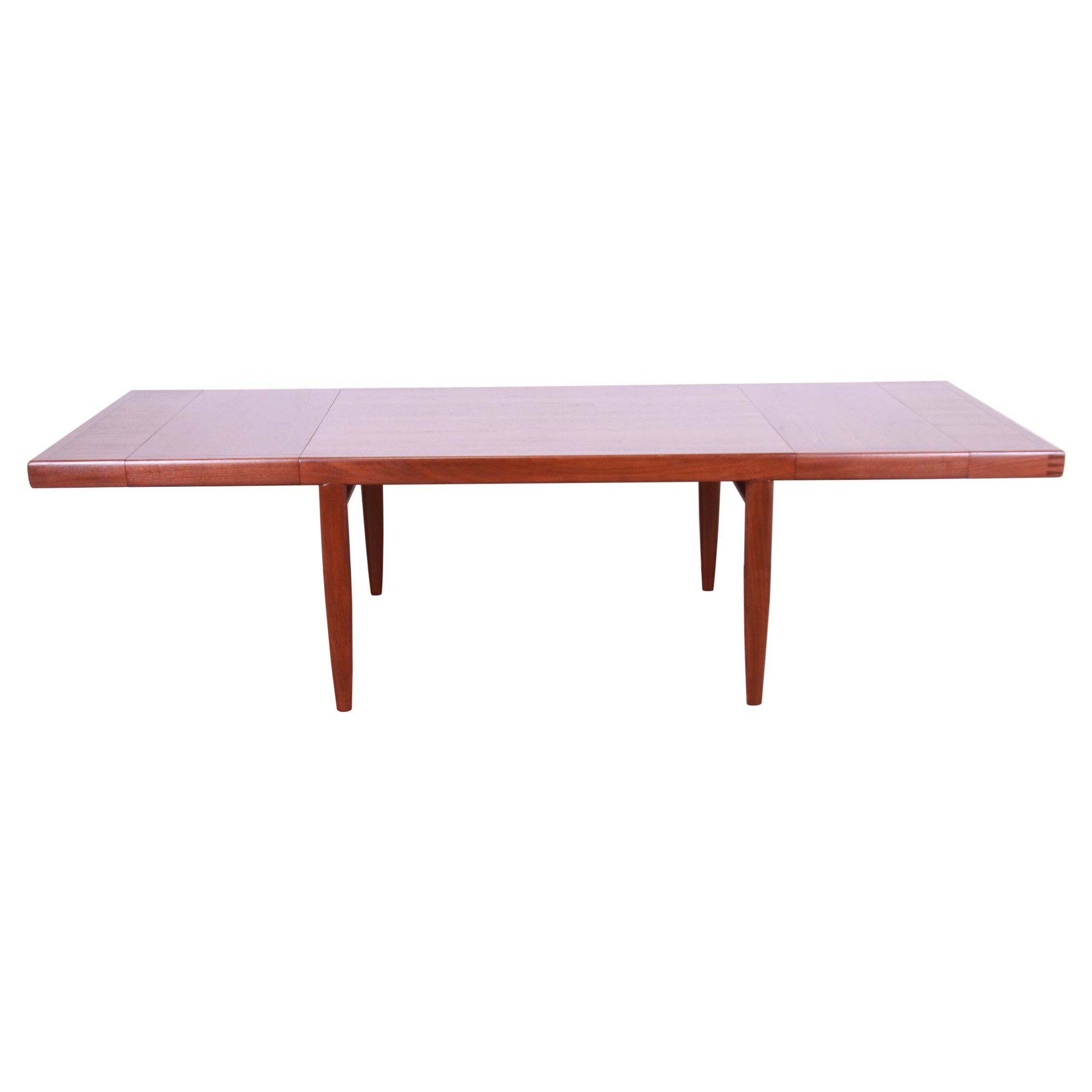 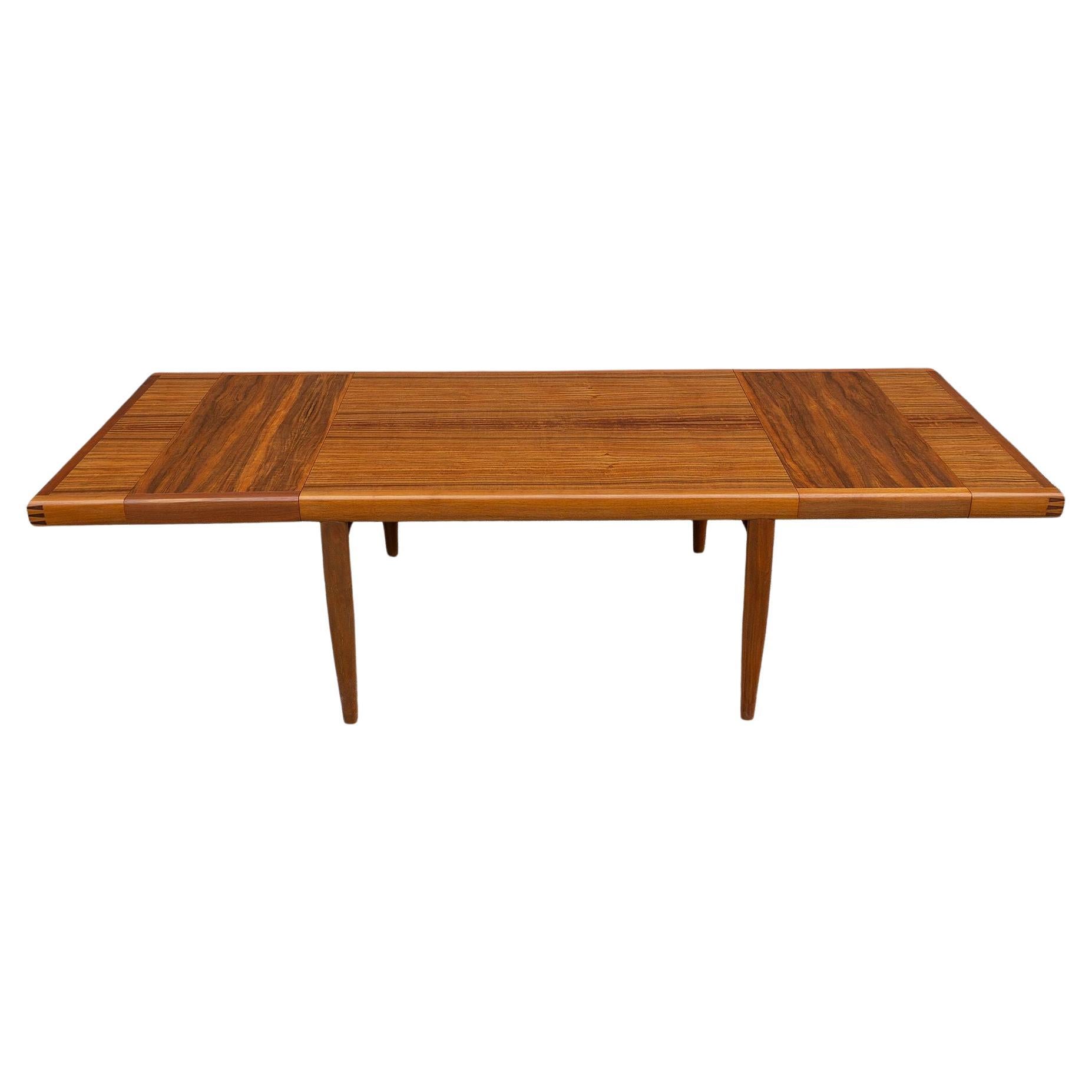 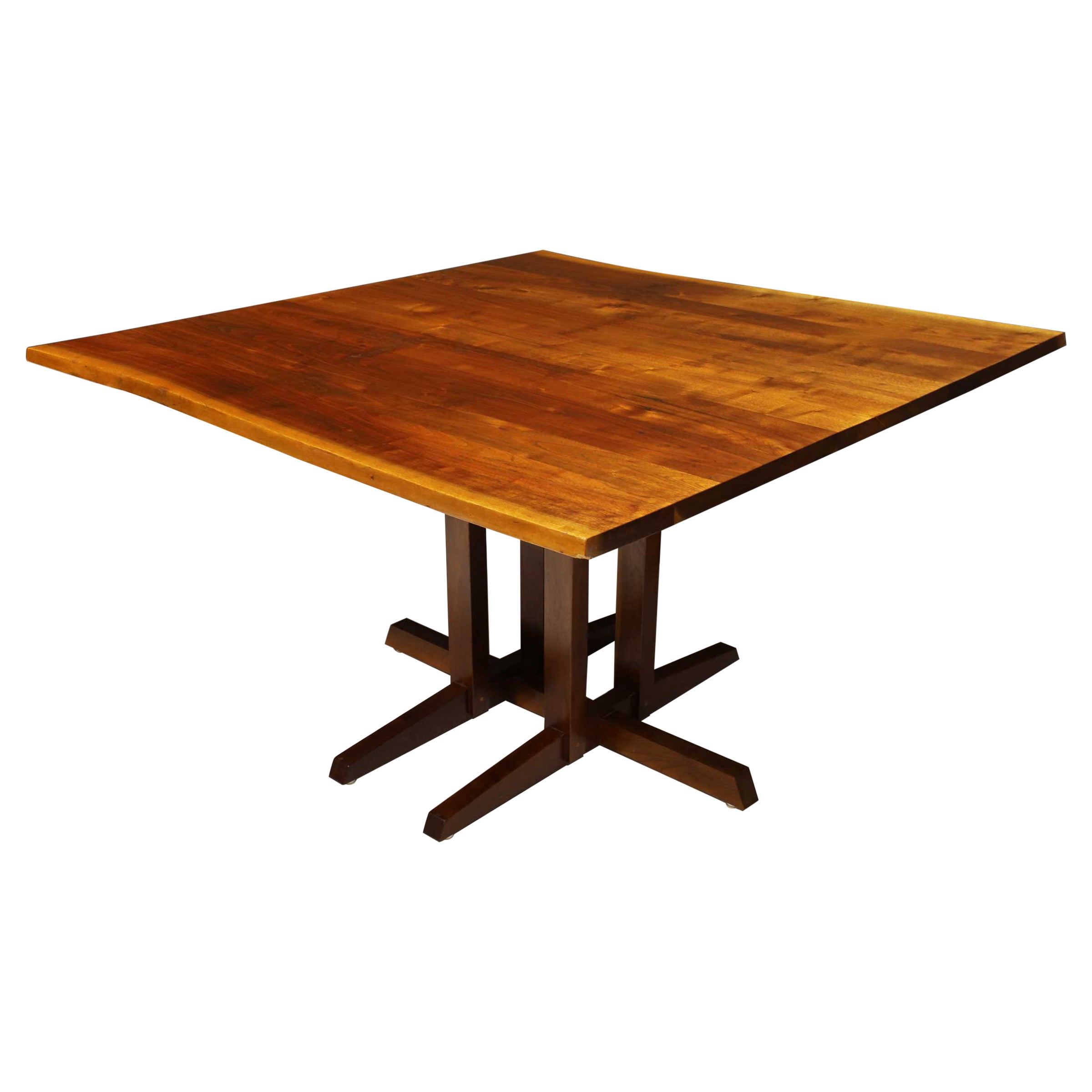 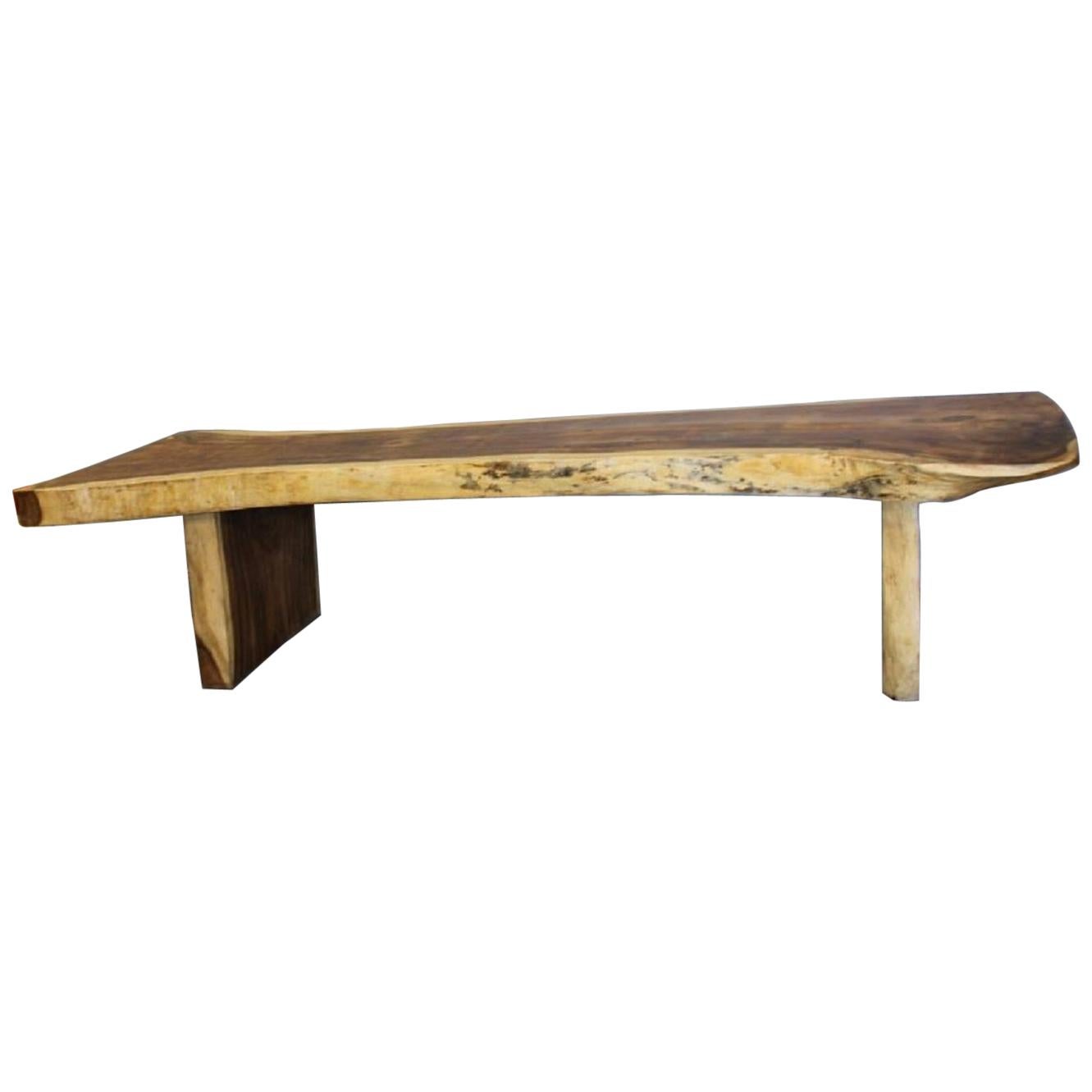 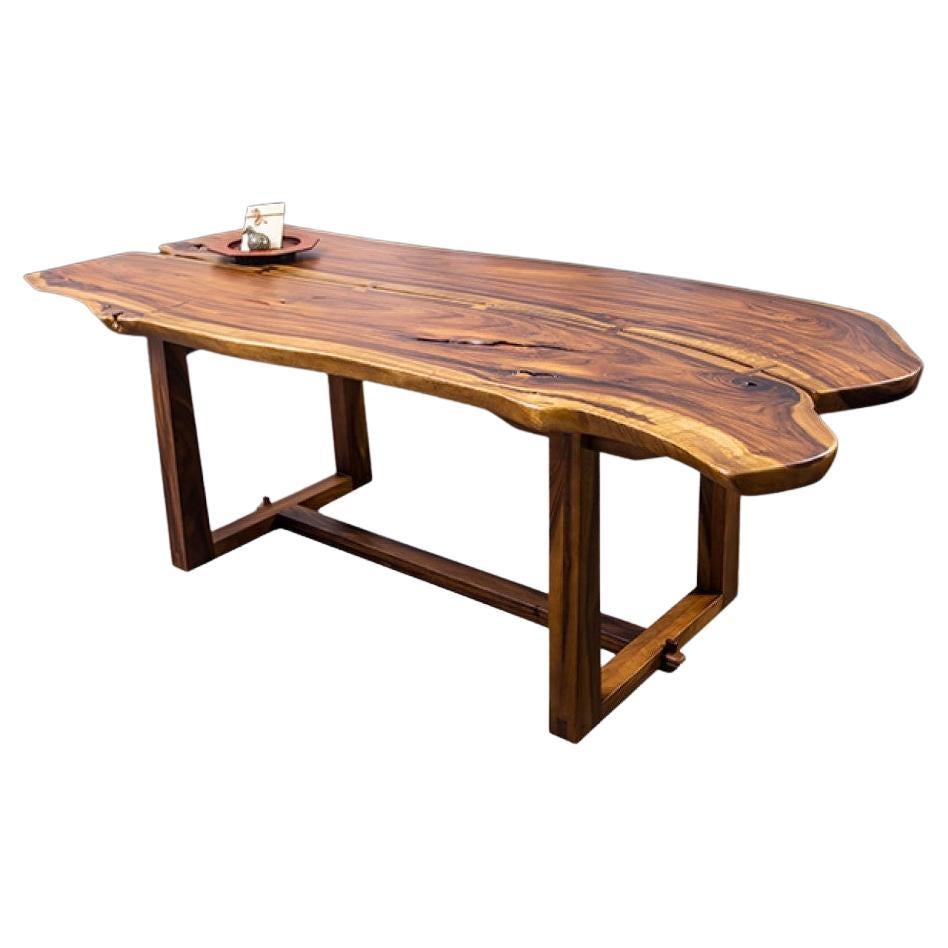 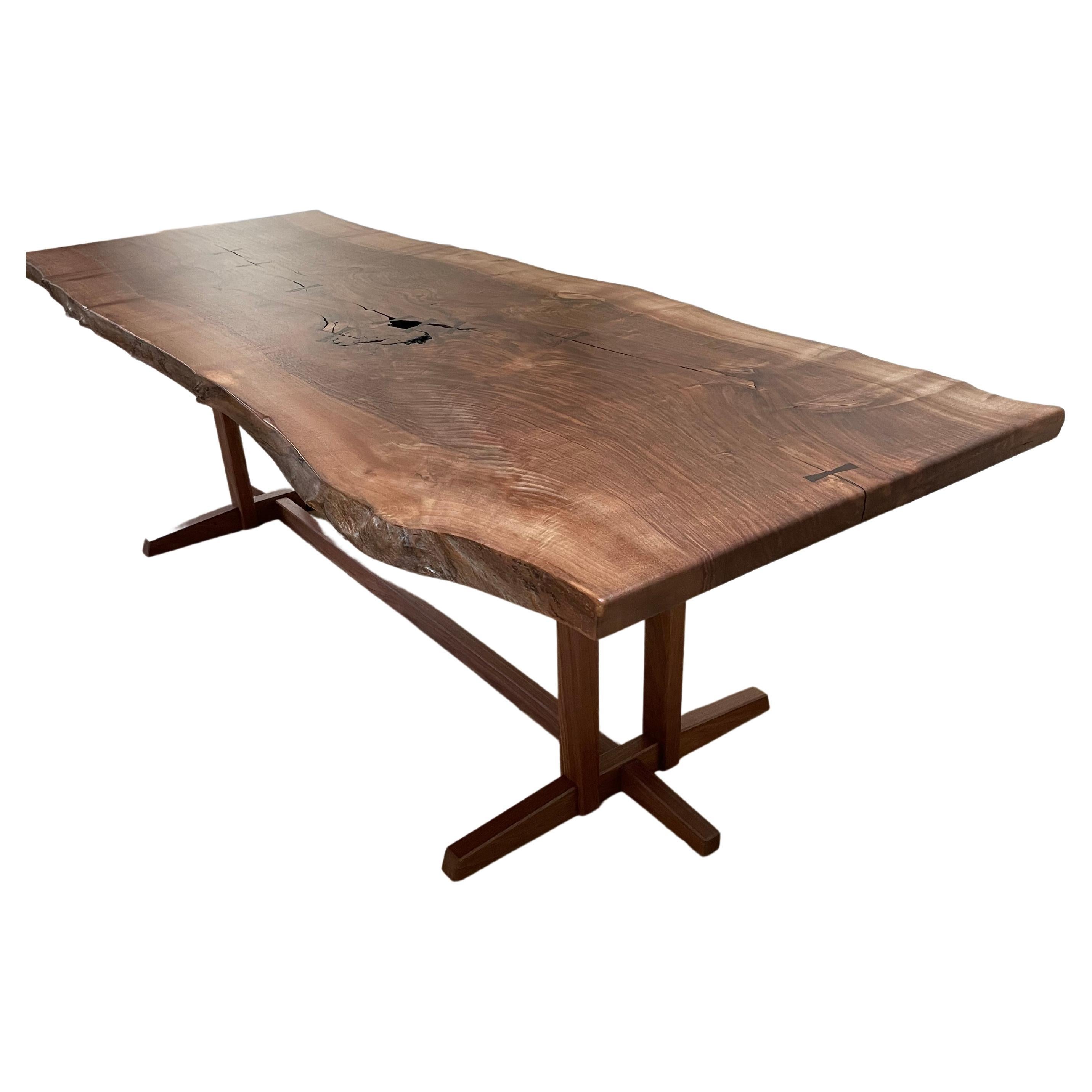 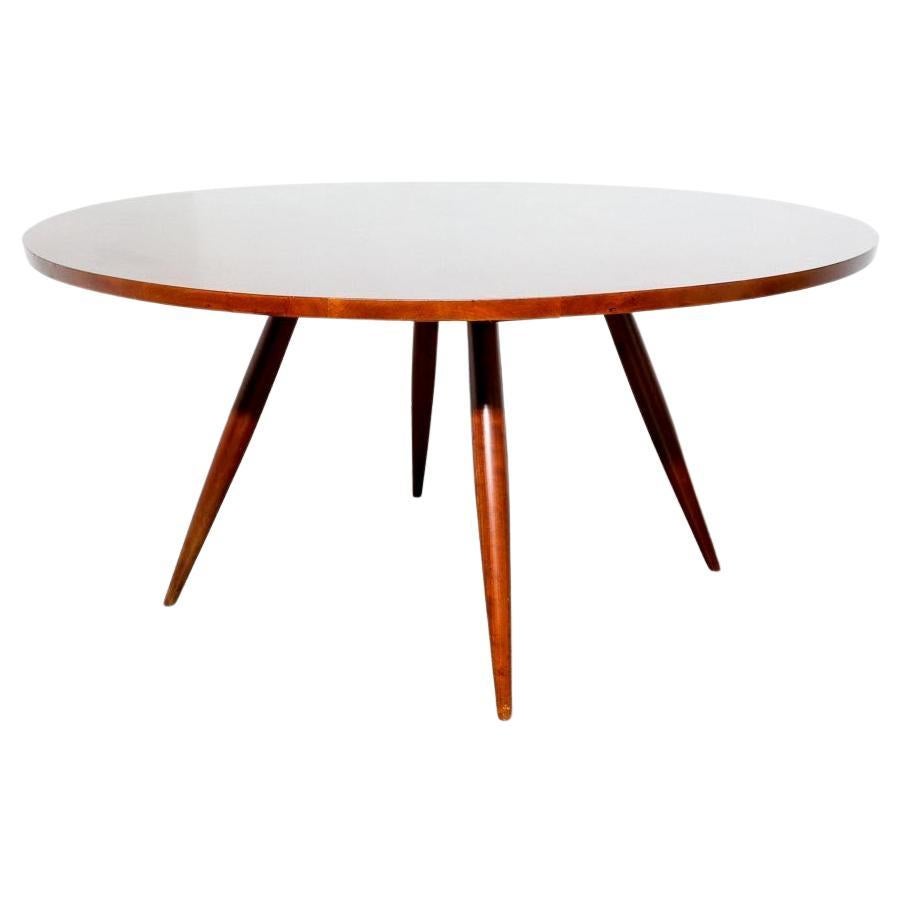 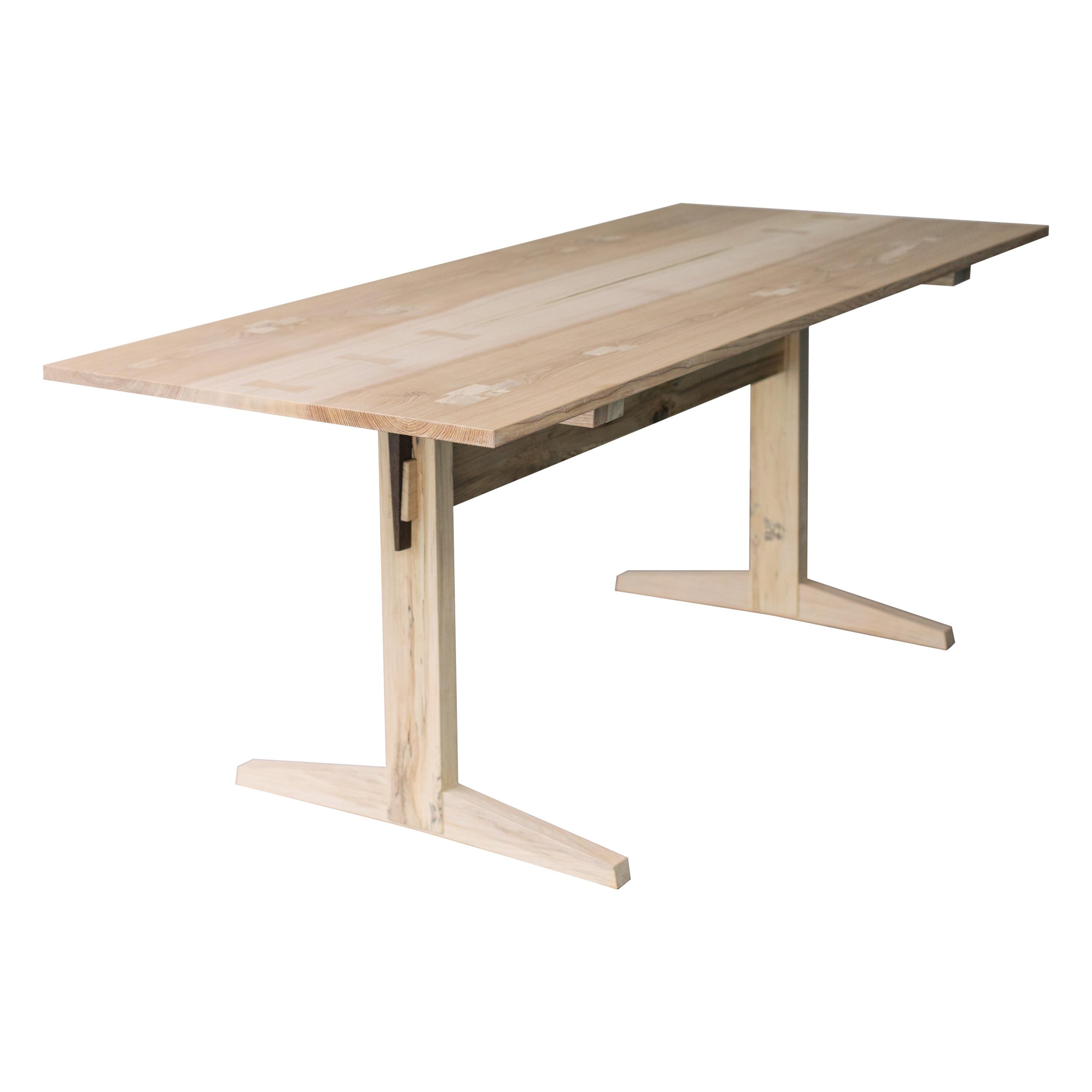 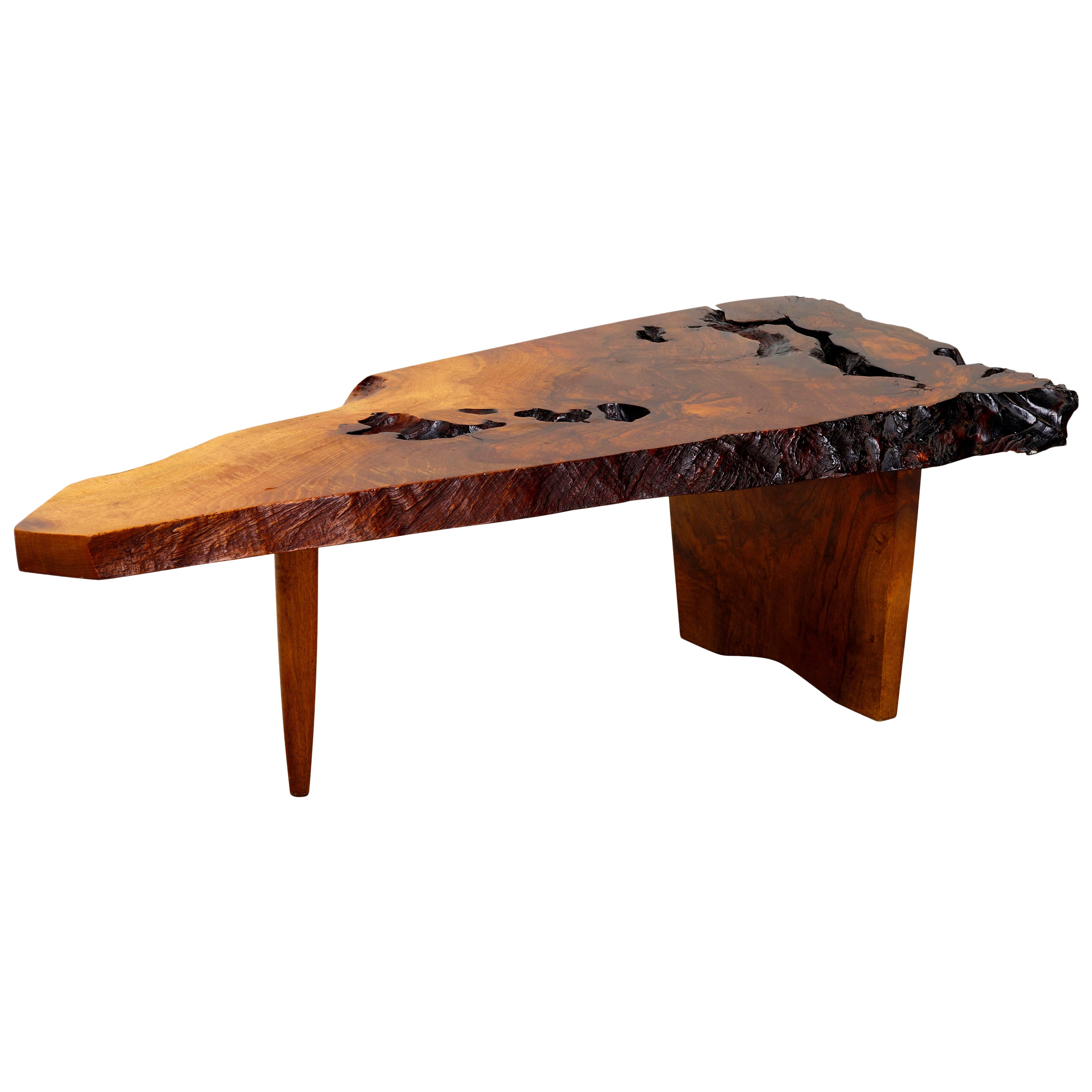 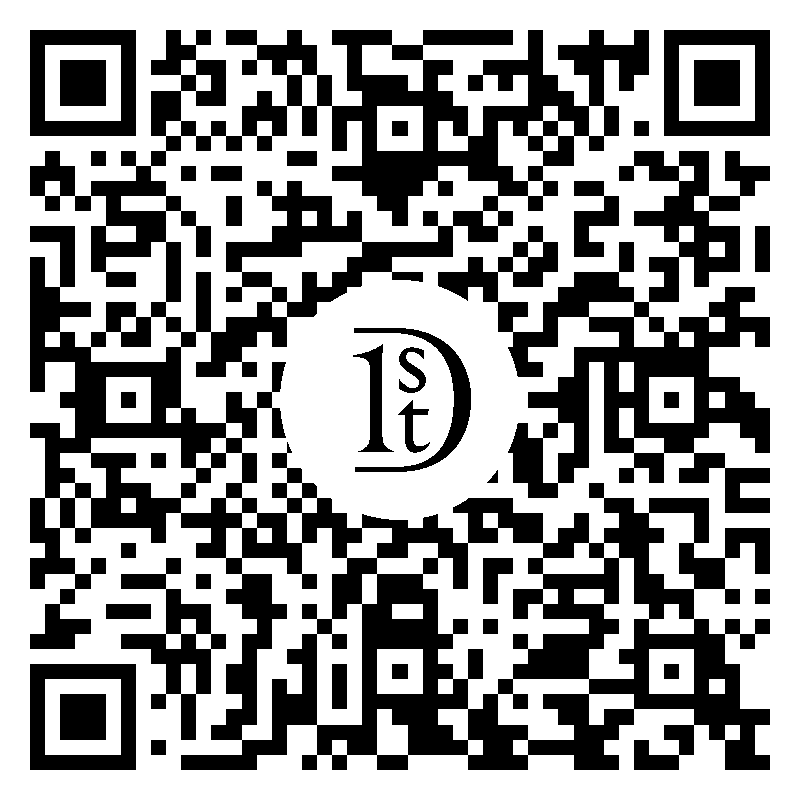 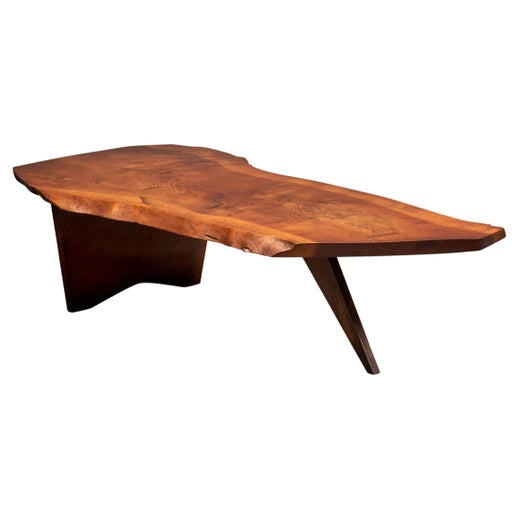 About the Workshop Studio

A master woodworker and M.I.T.-trained architect, George Nakashima was the leading light of the American Studio furniture movement. Along with Wharton Esherick, Sam Maloof and Wendell Castle, Nakashima was an artisan who disdained industrial methods and materials in favor of a personal, craft-based approach to the design. What sets Nakashima apart is the poetic style of his work, his reverence for wood and the belief that his furniture could evince — as he put it in the title of his 1981 memoir — The Soul of a Tree.

Nakashima’s singular aesthetic is best captured in his custom-made tables and benches — pieces that show off the grain, burls and whorls in a plank of wood. He left the “free edge,” or natural contour, of the slab un-planed, and reinforced fissures in the wood with “butterfly” joints. Almost all Nakashima seating pieces have smooth, milled edges. Nakashima also contracted with large-scale manufacturers to produce carefully supervised editions of his designs. Knoll has offered his Straight chair — a modern take on the spindle-backed Windsor chair — since 1946; the now-defunct firm Widdicomb-Mueller issued the Shaker-inspired Origins collection in the 1950s.

Nelson Rockefeller in 1973 gave Nakashima his single largest commission: a 200-piece suite for his suburban New York estate. Today, Nakashima furniture is collected by both the staid and the fashionable: his work sits in the collections of the Philadelphia Museum of Art, New York’s Metropolitan Museum of Art and the Smithsonian Institution, as well as in the homes of Steven Spielberg, Brad Pitt, Diane von Furstenberg and the late Steve Jobs.

About the Seller
4.9
Located in Santa Fe, NM
Vetted Seller
These experienced sellers undergo a comprehensive evaluation by our team of in-house experts.
Established in 2015
1stDibs seller since 2016
167 sales on 1stDibs
Typical response time: 3 hours
More From This SellerView All
You May Also Like