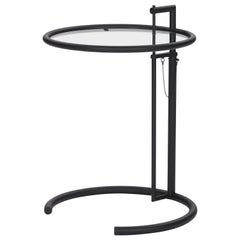 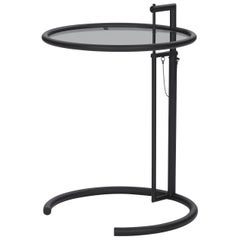 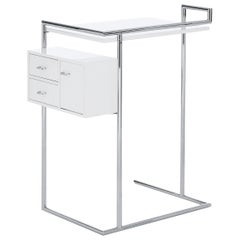 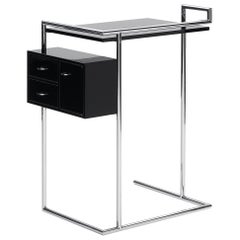 ClassiCon Rivoli Side Table in White and Steel by Eileen Gray 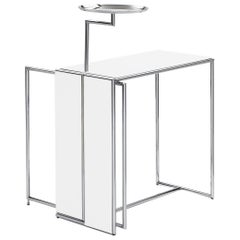 ClassiCon Occasional Rectangular Side Table in White by Eileen Gray 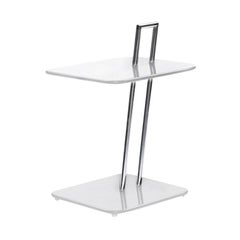 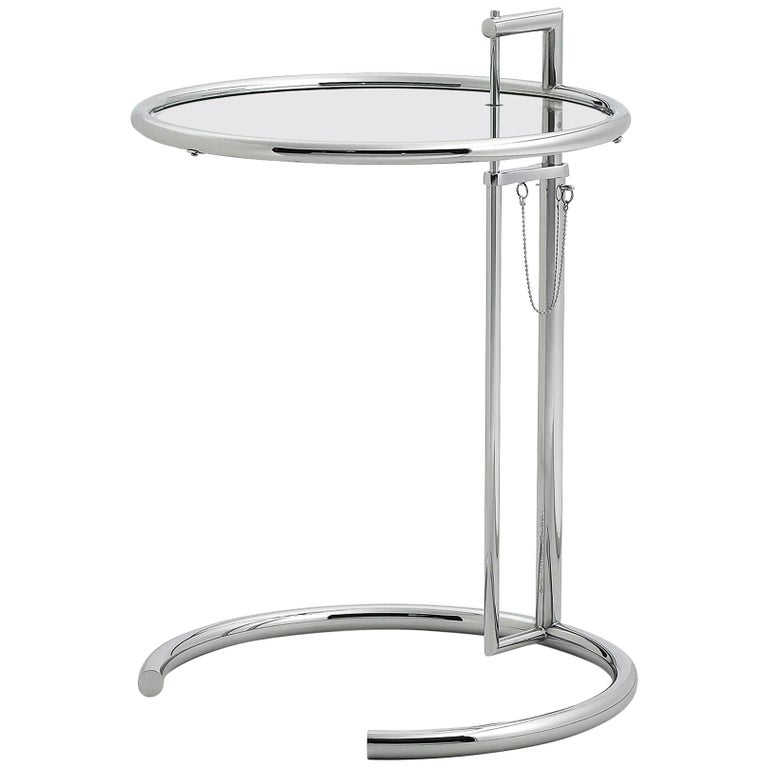 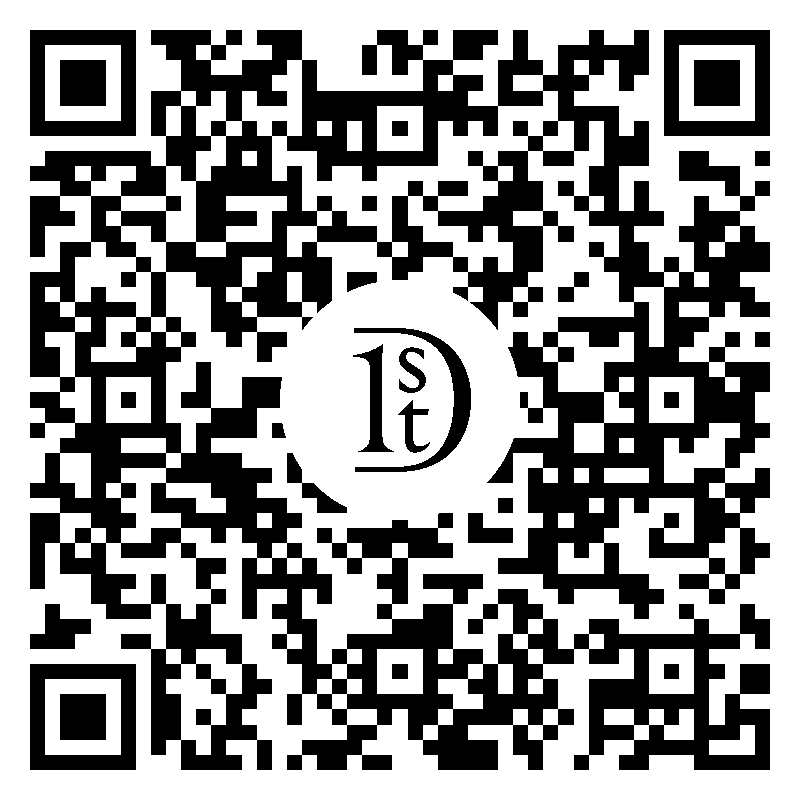 This is perhaps the Classic among the classics. Its ingeniously proportioned, distinctive form has made this height-adjustable table one of the most popular design icons of the 20th century. It is named after the summer house E 1027 “Maison en bord de mer” that Eileen Gray built for herself and for her collaborator, Jean Badovici. The secret code-name likewise comes from her: E is for Eileen, 10 for Jean (J is the 10th letter of the alphabet), 2 for B(adovici) and 7 for G(ray). Side table. Height-adjustable base, powder-coated tubular steel in chrome-plated. Tabletop clear crystal glass. Dimensions: W 52 cm, H 102 cm.


The independent and unconventional daughter of Irish landed gentry, Gray studied painting at London’s Slade School of Fine Art in her early twenties before moving to Paris in 1906 to pursue her artistic dreams. Gray had become captivated by lacquerware after seeing an exhibit in the Victoria & Albert Museum, and in Paris persuaded an expatriate Japanese master of the painstaking process, Seizo Sugawara, to teach her. Within a few years, Gray had become known among the cognoscenti for her sculptural lacquered furnishings, which she incorporated into the homes of interior design clients.


She was ever evolving as a designer. By the early 1920s she was creating geometric works that embodied the essence of the nascent modernist design movement. Some pieces — such as her Bricks screen, an assemblage of pivoting rectangular panels — employ the planar forms favored by Gerrit Rietveld and other De Stijl architects of the Netherlands. Others feature the tubular chrome framing used by Marcel Breuer and Ludwig Mies van der Rohe. These include the Bibendum chair — named for the resemblance of its semicircular back and armrest to the character known in English as the Michelin Man — and the adjustable E 1027 side table, conceived in 1927 for the interiors of a stark white villa she designed for herself in the South of France.


Never a self-promoter, Gray drifted out of the limelight in the 1930s. Interest in her work was revived in the early ’70s, however, when the estates of her early clients came to auction. Her original lacquer pieces are the most coveted, but, as the sale of the Dragons chair shows, are rare and extremely expense. None of Gray’s designs were made in large numbers until, a few years before her death, she granted a production license. These pieces range in price from $1,000 to $2,500, depending on furniture type and condition. Gray’s work has become iconic of practical and elegant modernist design. Yet, as you will see on these pages, many of her creations have a simplicity that makes them welcome even in a traditional setting.

No Reviews Yet
Vetted
1stdibs seller since 2019
Typical response time: 1 hour
Located in New York, NY
More From This Seller

Midcentury Round Chrome and Glass Cantilevered Side Table

Kartell Jolly Side Table in Crystal by Paolo Rizzatto