Size: FR 38 - UK 10 - US 6
Christian Dior Mink & Fox Jacket Christian Dior Fourrure Coat
By Christian Dior
Located in Wallkill, NY
Stunning Mink with Fox Trim on collar and Cuffs from Christian Dior. This one has vertical pelts with a wide horizontal Strip around the bottom of the jacket. Luxurious Fox collar an...
Category

1999 Christian Dior For Sale on 1stDibs

You are likely to find exactly the vintage or contemporary 1999 christian dior you’re looking for on 1stDibs, as there is a broad range for sale. Our collection includes a variety of colors, spanning Black, Gray, Beige and protectString (more). Finding the perfect 1999 christian dior may mean sifting through those that were made during different time periods — popular versions were made as early as the 20th Century and a newer one, made as recently as the 21st Century, can also be found on the site. An accessory like this designed by Christian Dior, John Galliano for Christian Dior and John Galliano — each of whom created a beautiful version of this treasured item — is worth considering. If you’re browsing our inventory for these accessories, you’ll find that many are available today for women, but there are still pieces to choose from for men and unisex. 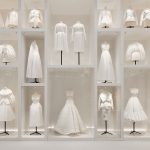