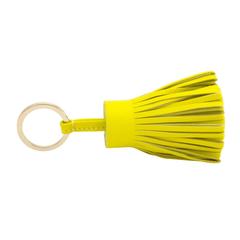 21st Century and Contemporary Other

H 0.14 in. W 1.54 in. L 4.34 in.
Hermès Keychain Key Holder Winter Snowman Charm for Kelly Birkin bags
By Hermès
Located in ., FR
Super Cute Authentic Hermès Key Holder Can be used as Bag Charm for your Kelly or Birkin bag Pattern: Snowman Perfect for winter and Christmas Season Made of Courchevel Leather a...
Category

21st Century and Contemporary Other

H 0.12 in. W 1.38 in. L 2.05 in.
Hermès Keychain Key Ring Key Holder Reuge Sainte Croix Music Box
By Hermès
Located in ., FR
Rare Authentic Hermès Keychain It is also a music box ! Please ask for a video if you want to hear the music Turn the mechanical key (at the back) clockwise and pull up the small b...
Category

W 0.44 in. L 4.53 in.
Hermes Keychain Key Ring Key Holder Music Box Collector Golden Metal
By Hermès
Located in ., FR
Rare Authentic Hermes Keychain It is also a music box ! Turn the mecanic key (at the back) clockwise and go up the small button to hear the music Made by Reuge, seller of music b...
Category

Hermes Keychain Key Ring Key Holder Music Box Collector Golden Metal
By Hermès
Located in ., FR
Rare Authentic Hermes Keychain It is also a music box ! Turn the mecanic key (at the back) clockwise and go up the small button to hear the music Made by Reuge, seller of music b...
Category

W 0.44 in. L 4.45 in.
Hermès Keychain Key Ring Key Holder Reuge Sainte Croix Music Box
By Hermès
Located in ., FR
Rare Authentic Hermès Keychain It is also a music box ! Please ask for a video if you want to hear the music Turn the mechanical key (at the back) clockwise and pull up the small b...
Category

W 0.44 in. L 4.53 in.
Hermès Golden Padlock Key Ring Key Holder 2003 Year of the Mediterranee
By Hermès
Located in ., FR
Beautiful Authentic Hermes Padlock or Key Ring Made in France "2003 ANNEE MEDITERRANEE" Made of Golden Metal Can be used as Key Ring or Padlock You just need to unscrew one si...
Category

W 0.63 in. Dm 1.46 in.
Hermès Key Ring / Holder / Chain Kelly Bag Silver Pendant Charm
By Hermès
Located in ., FR
Beautiful and Rare Authentic Hermès Key Chain Collector Item ! Small Kelly Bag to which is attached a chain All is made of Silver 925 "HERMES" engraved at the bottom The cute ba...
Category

There is a broad range of hermes key holders for sale on 1stDibs. If you’re looking for Brown hermes key holders and you’re unable to find the right fit, there are plenty of variations in Gray, Silver and more. The ideal items for you are waiting among the distinctive accessories we have available, which include versions made as long ago as the 20th Century as well as those produced as recently as the 21st Century. When shopping for these accessories, you’ll find that there are less available pieces for men or unisex today than there are for women.

How Much are Hermes Key Holders?