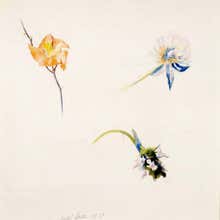 "Study of Mt. Vesuvius" Oil on Canvas, Blue Tones, Landscape
By Joseph Stella
Located in Detroit, MI
“Study of Mt. Vesuvius" is a small intimate painting of an active volcano that has at times wrecked great destruction. As seen from a distance, it is a calm blue color while blue and...
Category

Still Life of Books and Chinese Lanterns
By Joseph Stella
Located in Miami, FL
Joseph Stella creates a vibrant and colorful still life that radiates energy. The selection of the subject matter is quite traditional. Stella is not designing the objects of the ...
Category

Joseph Stella
Still Life of Books and Chinese Lanterns, Circa 1930

Original Joseph Stella Drawing
By Joseph Stella
Located in New Orleans, LA
A pencil sketch by famed American Modernist Joseph Stella, who burst on to the American scene at the epochal Armory Show of 1913 and whose work is today in the collections of every m...
Category

Joseph Stella
STUDY OF A MAN WITH A HAT AND OVERCOAT, circa 1920 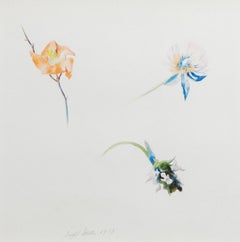 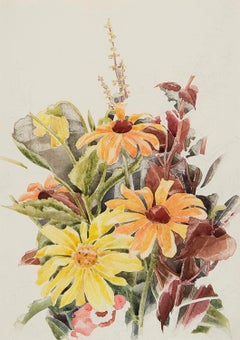 Joseph Stella
"The Conversation", Circa 1925