Today, classic Knoll furnishings remain staples of modern design collections and decors. A history of modern design is written in pieces such as Mies’ elegant Barcelona chair, Saarinen’s pedestal Tulip chair, Breuer’s tubular steel Wassily lounge chair and the grid-patterned Diamond chair by Harry Bertoia. As you can see from the items on 1stDibs, these designs and others have become timeless emblems of the progressive spirit and sleek sophistication of the best of modernism.

H 32 in. W 23 in. D 23 in.
1980s German Leather Sofa by Knoll
By Knoll
Located in High Point, NC
This durable leather sofa with a subdued olive green tone was made in Germany, circa 1980. Large proportions, deep seats, and wide sloped armrests ensure superior comfort. Designed a...
Category

H 16 in. Dm 13.5 in.
10 Jens Risom Side Chairs for Knoll
By Jens Risom, Knoll
Located in Los Angeles, CA
A Knoll Studio classic, Jens Risom's designs were the first pieces manufactured by Knoll. Due to war-time restrictions on materials, this style chair was originally constructed of si...
Category

10 Jens Risom Side Chairs for Knoll 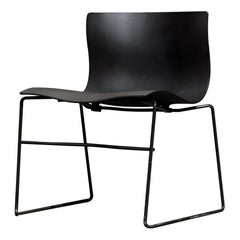 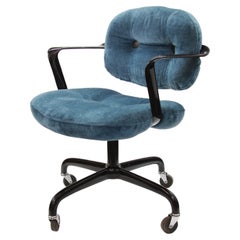 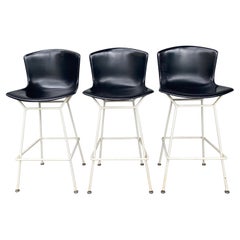 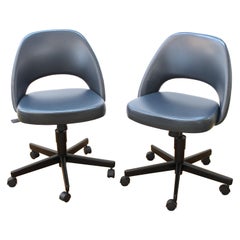 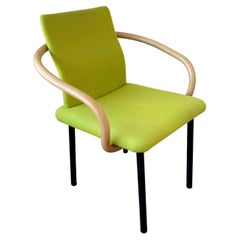