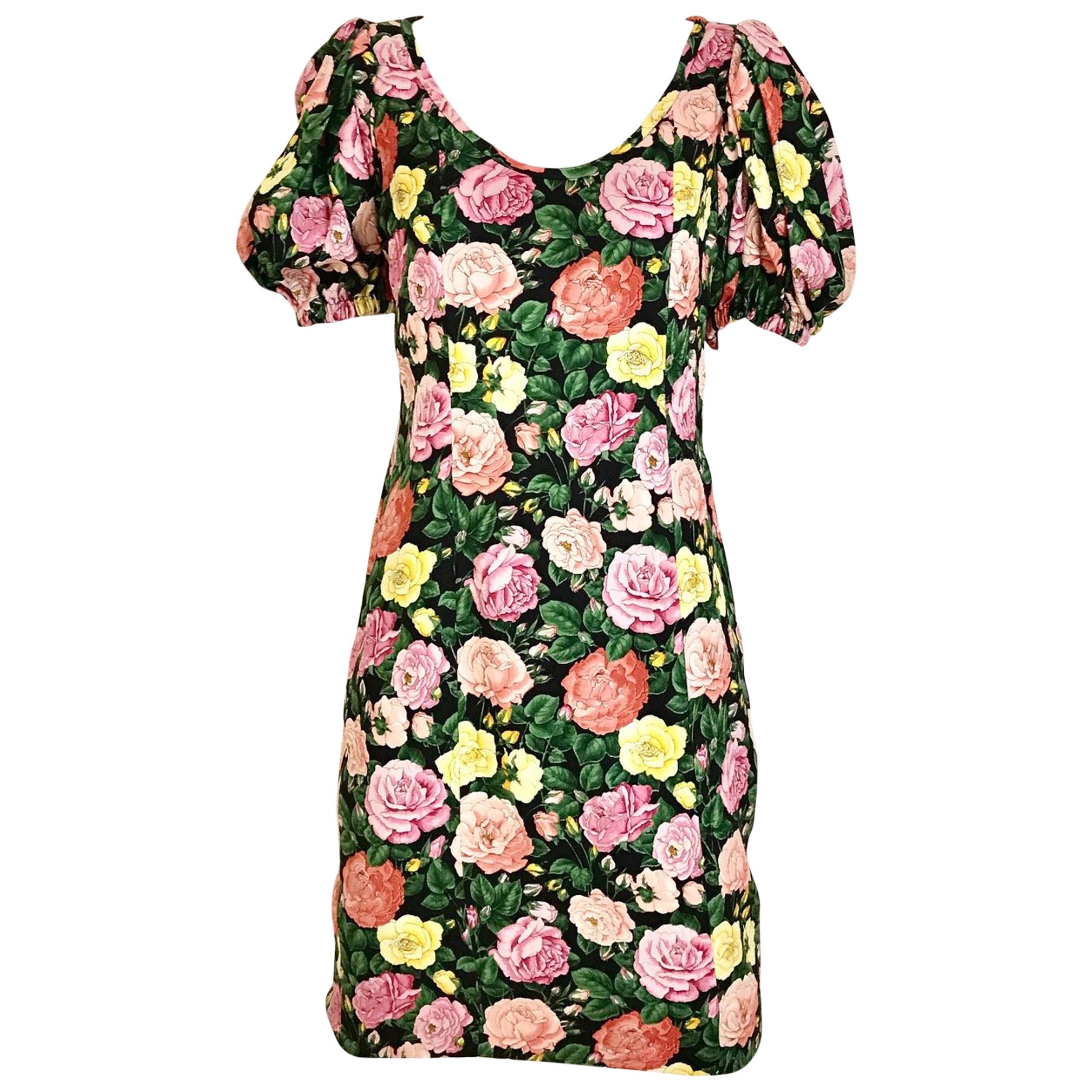 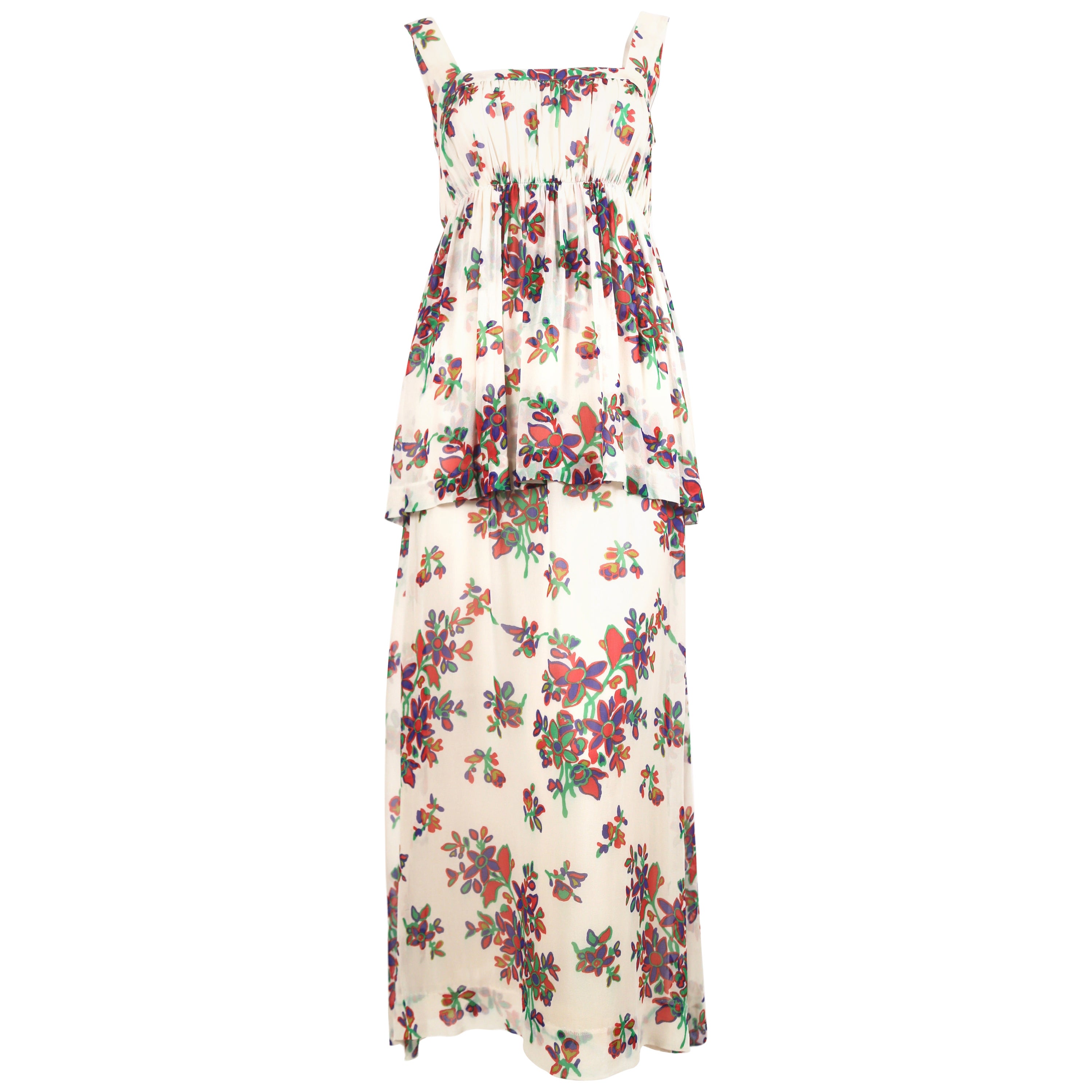 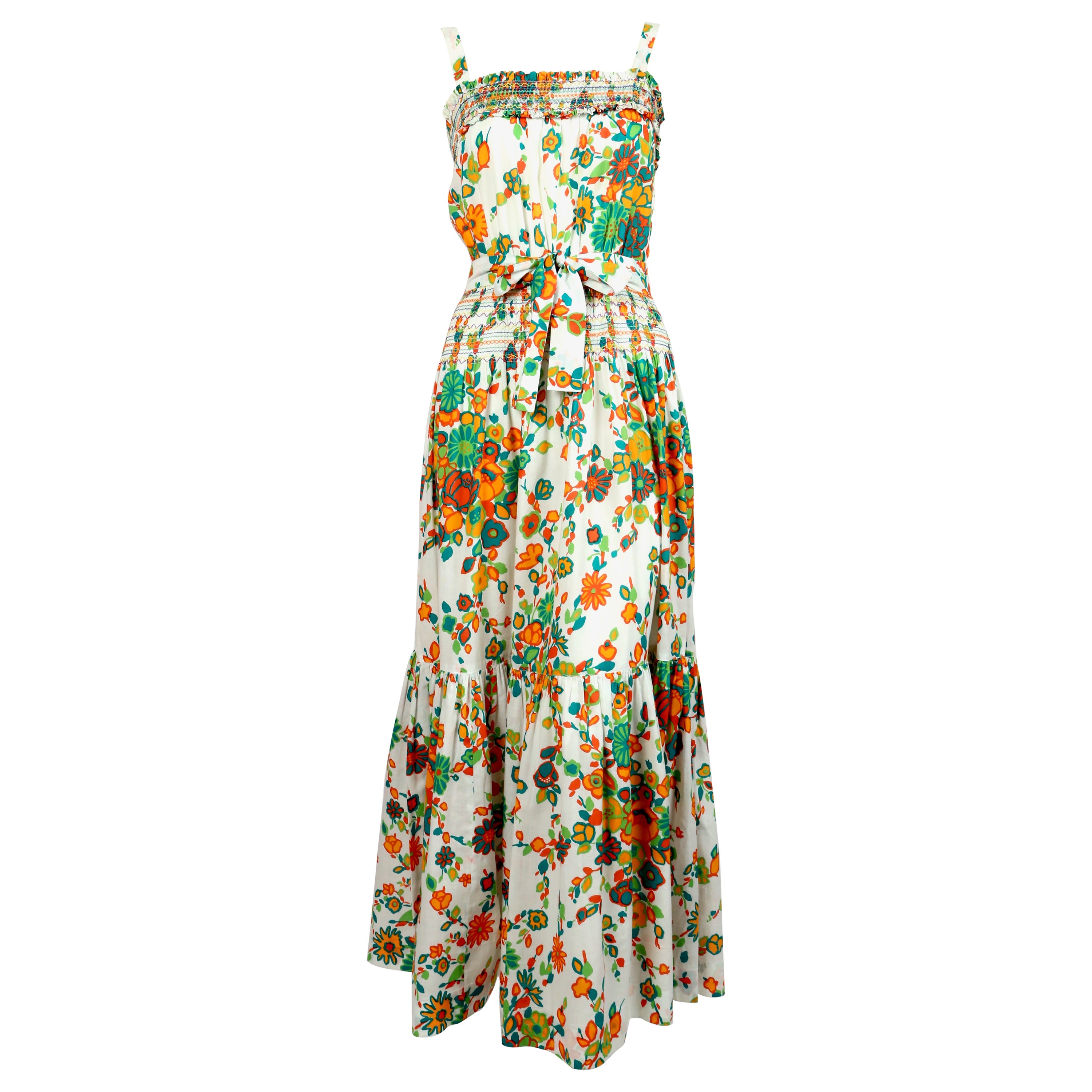 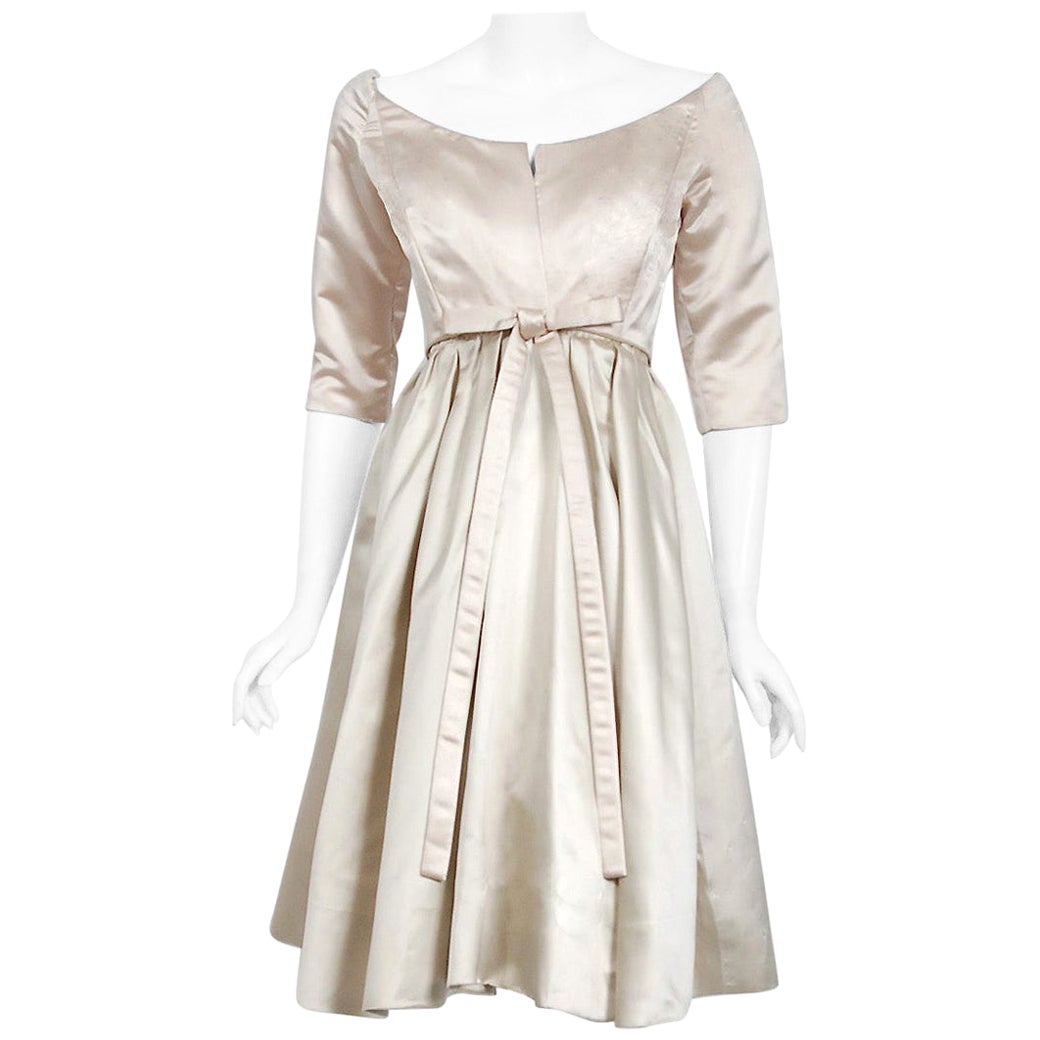 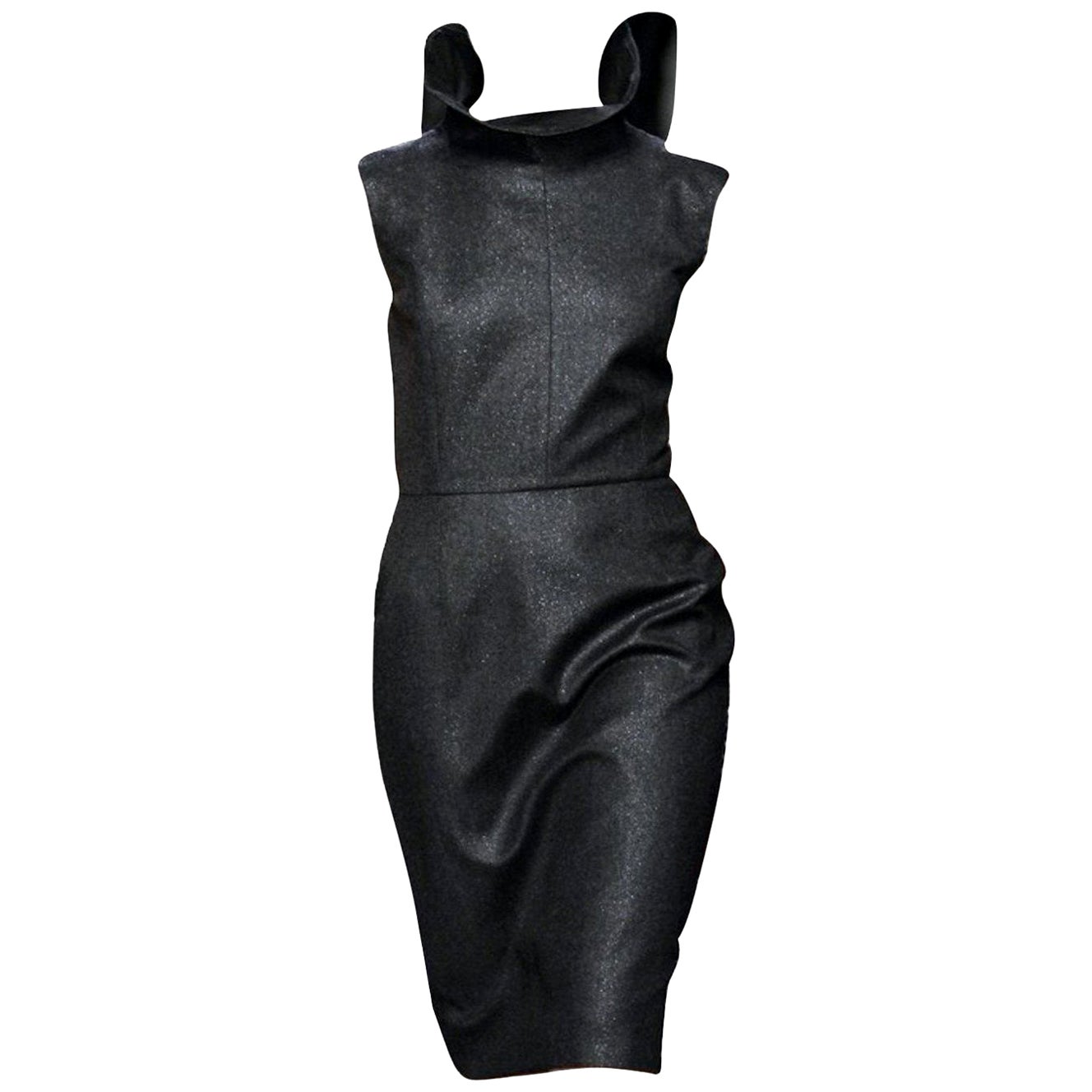 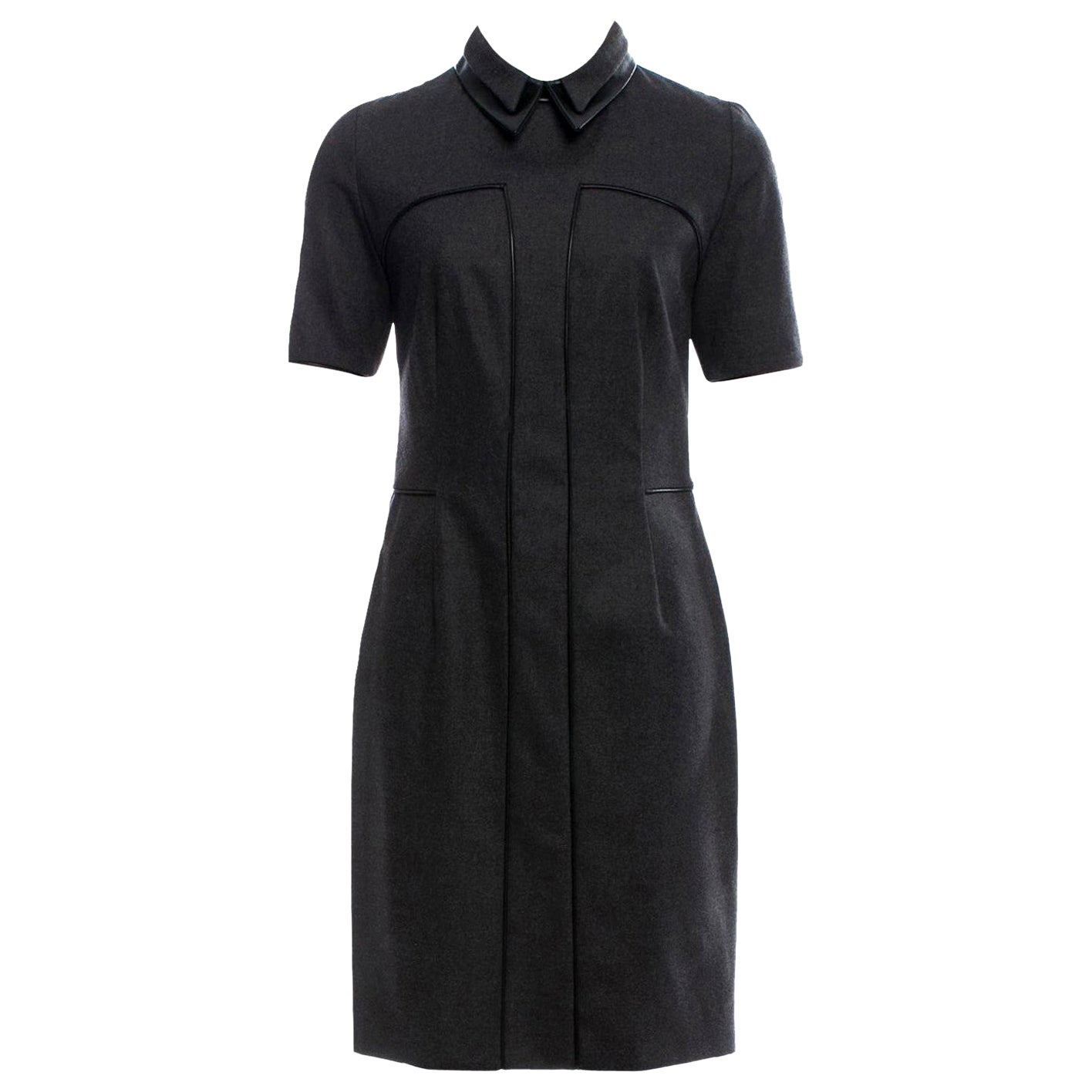 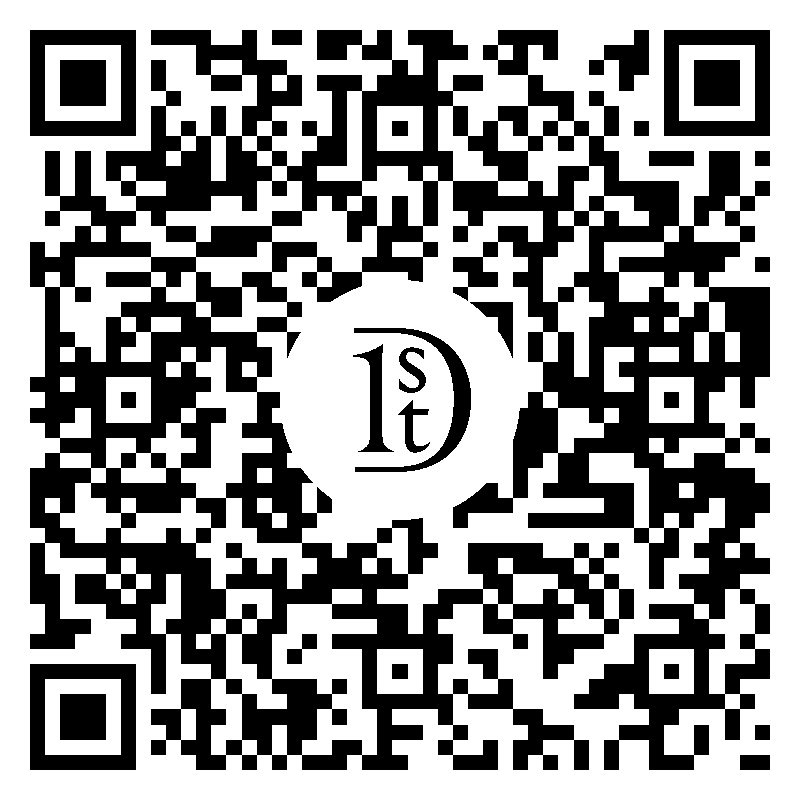 Circa 1965 France A collectible cocktail dress in ecru wild silk by Yves Saint Laurent Haute Couture around 1965. Inspiration from the men's wardrobe for this minimalist straight cut, structured dress with appliqued waistband. Front closure with snaps hidden under the belt which crosses and buttons. Zipper going up to the small collar hidden by a vertical tab. Button tabs on the shoulders as officer's epaulettes, long loose sleeves and lapel of the wrists with buttonholes. Nice work of pleated skirt with box pleats in flares. Under-dress in cream silk pongee with label on white background with black graphics Yves Saint Laurent Paris Made in France numbered 15193. Very Clean but one brown spot of 2 mm on the front skirt. Very Good General condition. Dimensions: Equivalent French Size 36/38 . Height 91 cm Shoulders 38 cm Collar 3 cm Lapel of collar 8 cm Sleeves 54 cm Chest 93 cm Waist 88 cm Hips 97 cm. This Haute Couture dress from the 1965 Collection is from the same year as that of the tribute to Mondrian and the Tricot bride in Matryoshka shape. 1965 was also the start of real modernity in fashion, notably with André Courrèges, who greatly impressed Yves Saint Laurent. This dress in its sobriety and apparent simplicity, whose skirt is seriously beginning to shorten, announces the beginnings of the cultural revolution of the 1960s. Here, the nod to the male wardrobe is obvious, that the Master will decline it in pieces that have become iconic, such as the pea coat or the tuxedo.


Saint Laurent was the first to launch a ready-to-wear label, YSL Rive Gauche Prêt-à-Porter. He was the first couturier to open boutiques for both men and women. Using traditional menswear fabrics and designs for women, Saint Laurent also literally cross-dressed, giving men and women alike chic pant suits, elegant tuxedo jackets and urban safari gear. By blurring gender-specific design, he empowered individual style while creating a scissor-sharp fashion aesthetic of sensual ease and beauty. Many of his designs are today considered timeless classics.


Born to French parents in Oran, Algeria, in 1936, Saint Laurent went to Paris at age 17 to study fashion at the Chambre Syndicale de la Haute Couture. Just two years later, in 1955, his remarkable sketches were shown to Christian Dior, then the world’s reigning couturier, who hired him immediately.


Surprisingly soon thereafter, Dior publicly chose Saint Laurent as his successor, which sadly proved prescient when the fashion legend died unexpectedly, in 1957. A mere slip of a youth, the 21-year-old Saint Laurent was nevertheless up to the challenge. He shook the traditional couture clientele to its core with youthful silhouettes and styles like the A-line trapeze dress that hung with seeming effortlessness from the shoulders, the antithesis of the pinched waists and molded skirts that had been all the rage after the deprivations of World War II.


Other highly coveted collectibles poured from his imagination, such as the black crocodile motorcycle jacket, an early intimation of Saint Laurent’s passion for subverting — or is it obverting? — street style, which was then dominated by the anti-bourgeois beatniks of Paris’s Rive Gauche.


After a mandated spell in the torturous French military, Saint Laurent suffered a nervous breakdown and was dismissed by Dior in 1962. Out of the ashes rose the Age of Yves. With Pierre Bergé, his then-lover who became his lifelong business partner and friend, the designer founded Yves Saint Laurent YSL to encompass prêt-à-porter, or ready-to-wear. In 1966, they opened the first YSL Rive Gauche women’s boutique in Paris, followed soon thereafter by YSL Rive Gauche for men. Saint Laurent had given birth to a global brand.


His revolutionary Mondrian mini dress from 1965 is a core element of his fashion biography. It is a prime example of how Saint Laurent, an avid art lover and collector, looked to painters, from Goya to Picasso, Ingres to Matisse, for inspiration.


With its pure lines and hues, Mondrian’s ground-breaking 1935 color-block painting Composition C transmutes beautifully into a dress that is highly valued by collectors of contemporary fashion and widely copied commercially to this day. The design is the epitome of Saint Laurent’s aesthetic, requiring a meticulous hand piecing of each color block so that, despite the body’s curves, the visual plain is as flat as a canvas when the garment is worn. Mondrian’s purity met its match in Saint Laurent. (One of the pattern cutters, according to Saint Laurent expert and fashion journalist Laurence Benaïm, was another renowned perfectionist: a young Azzadine Alaia!)


In Yves Saint Laurent: The Impossible Collection (Assouline, 2020), the Mondrian dress is shown worn on the cover of Paris Vogue, as well as on British Sudanese model Alek Wek in a photographic trifold by Christoph Sillem from 1998. Saint Laurent consistently used Black models, like Mounia, Iman and Naomi Campbell, and he drew endless inspiration from different ethnicities and cultures, in no small part because of his Algerian roots.


At his best, like any artist, Saint Laurent used his nervous energy to feed his fertile imagination with all that inspired him. Creation gave him momentary peace, his confidence unassailable. “Nowhere is Saint Laurent more excessive than in his talent,” Cathy Horyn penetratingly noted in the New York Times in 2000.


And no historical haute couture collection is more excessive than Saint Laurent’s Spring/Summer 1988 line. Entirely hand embroidered by Lesage on 273 yards of ribbon, it took 670 hours, 250,000 sequins in 22 colors and 250,000 pearls to make. Among the most expensive couture garments ever, the “Sunflowers” version sold for $450,000 in 2019 at Christie’s in Paris.


“I am no longer concerned with sensation and innovation, but with the perfection of my style,” Saint Laurent said four years before retiring, in 2002. After a long period of ill health, he died at his home in Paris on June 1, 2008. He was 71. 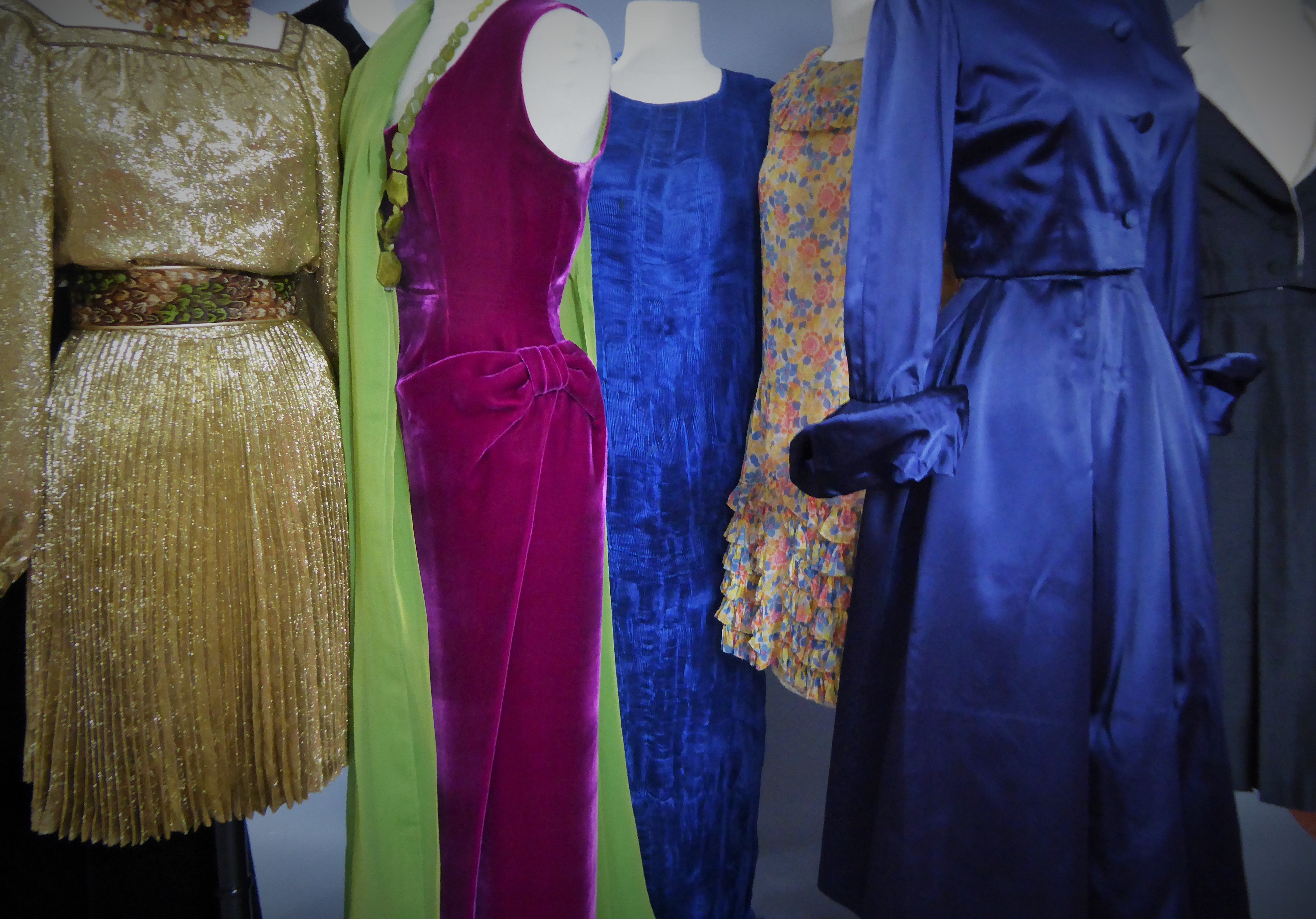 About the Seller
4.8 / 5
Located in Toulon, France
Platinum Seller
These expertly vetted sellers are 1stDibs' most experienced sellers and are rated highest by our customers.
Established in 2010
1stDibs seller since 2017
191 sales on 1stDibs
Typical response time: 1 hour
More From This Seller
View All From Seller

$985 Sale Price
46% Off
Tom Ford For YSL 2003 Sheer Ruffle Cocktail Dress
By Tom Ford for Yves Saint Laurent, Yves Saint Laurent
Located in Scottsdale, AZ
Get ready for a night out with this sexy Tom Ford for YSL cocktail dress! Circa 2003 from their Fall/Winter collection, this sheer midi dress features a ruffled bottom, a flattering ...
Category