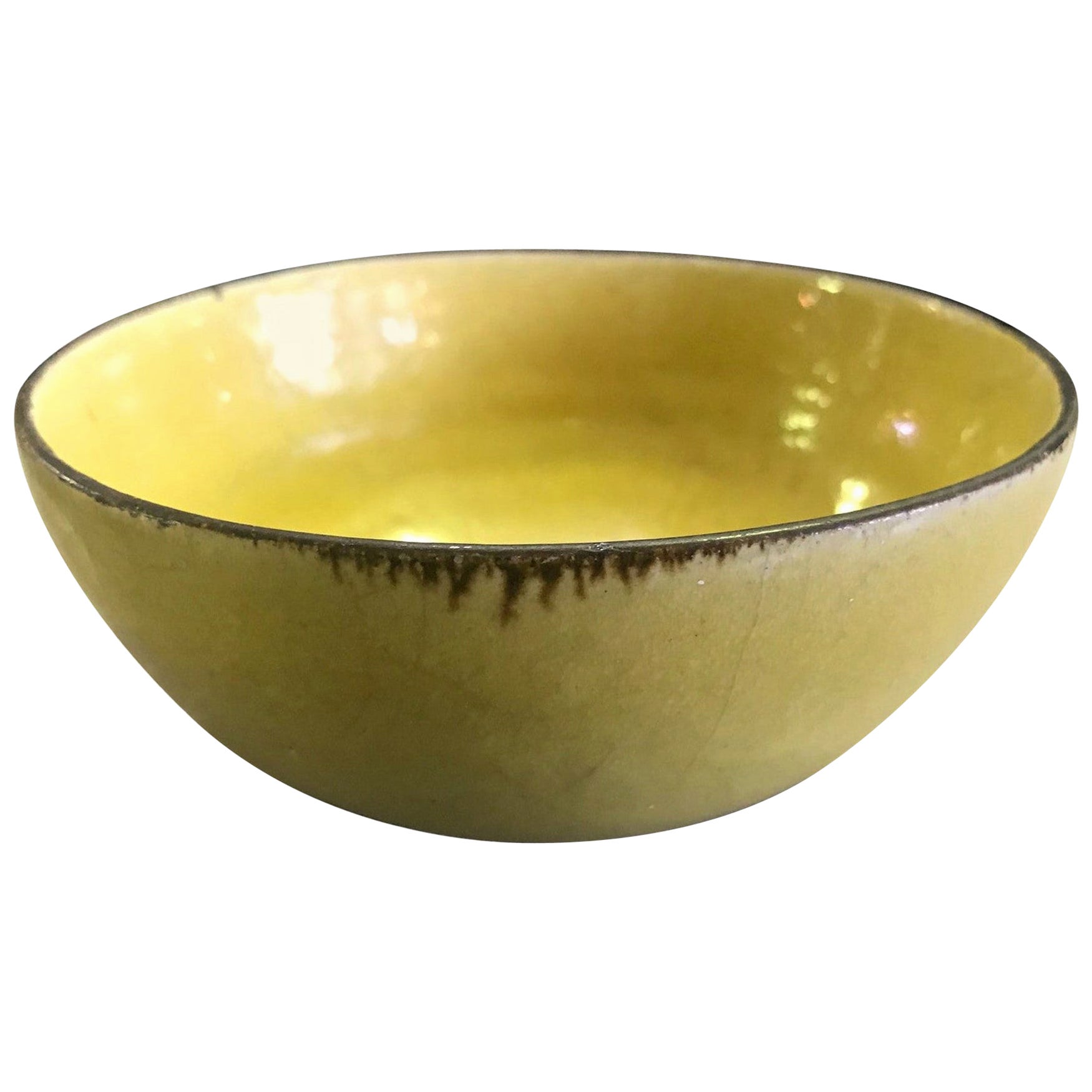 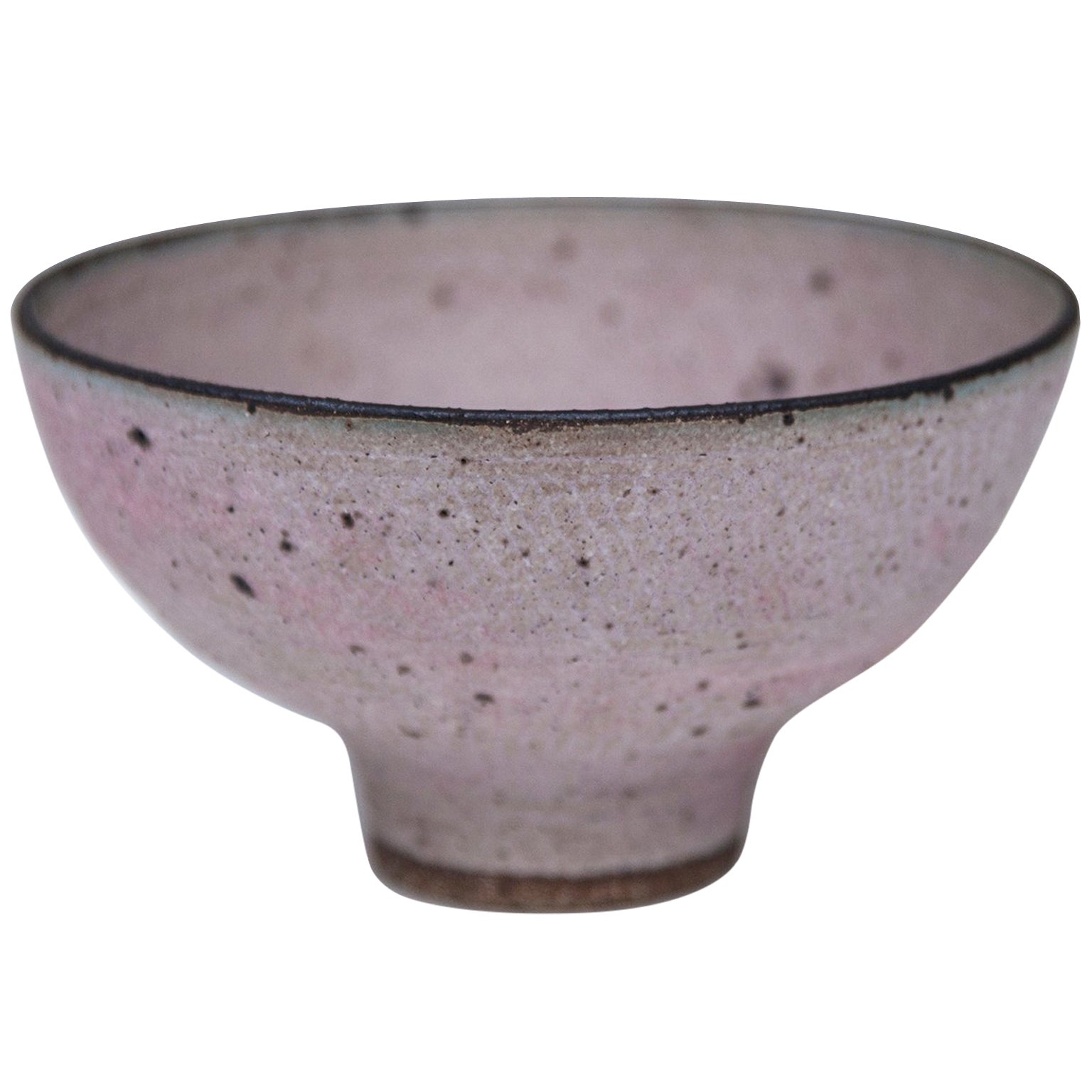 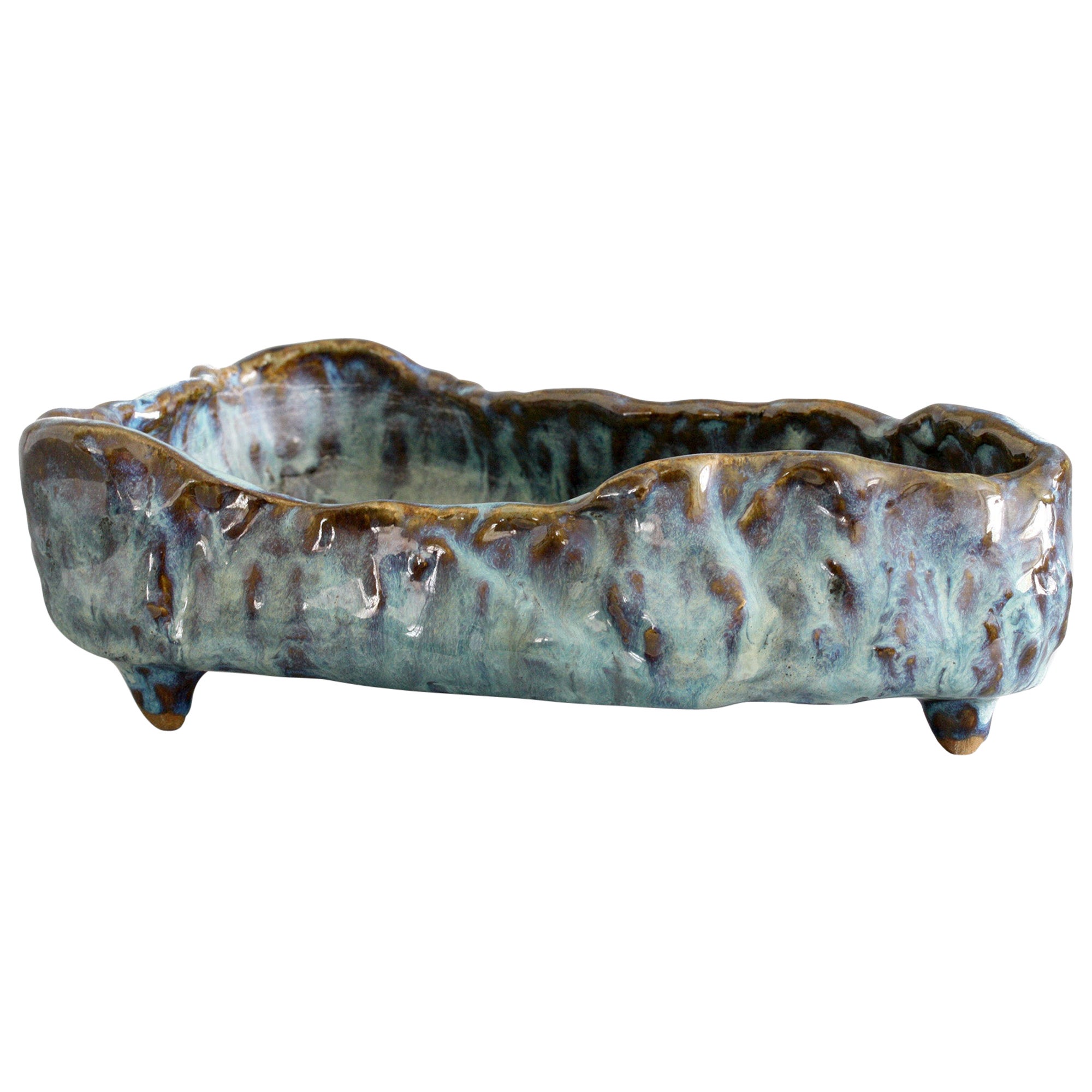 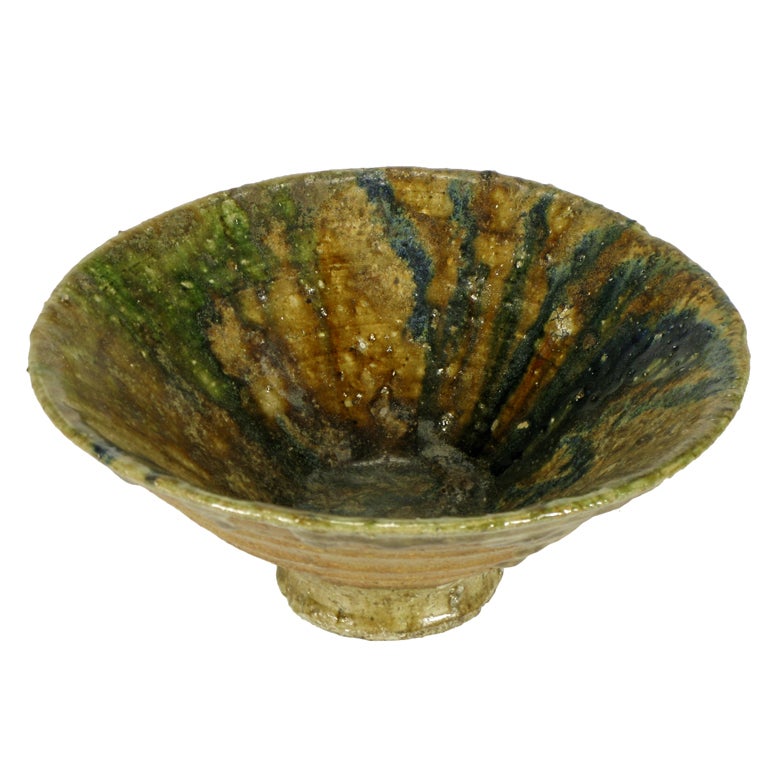 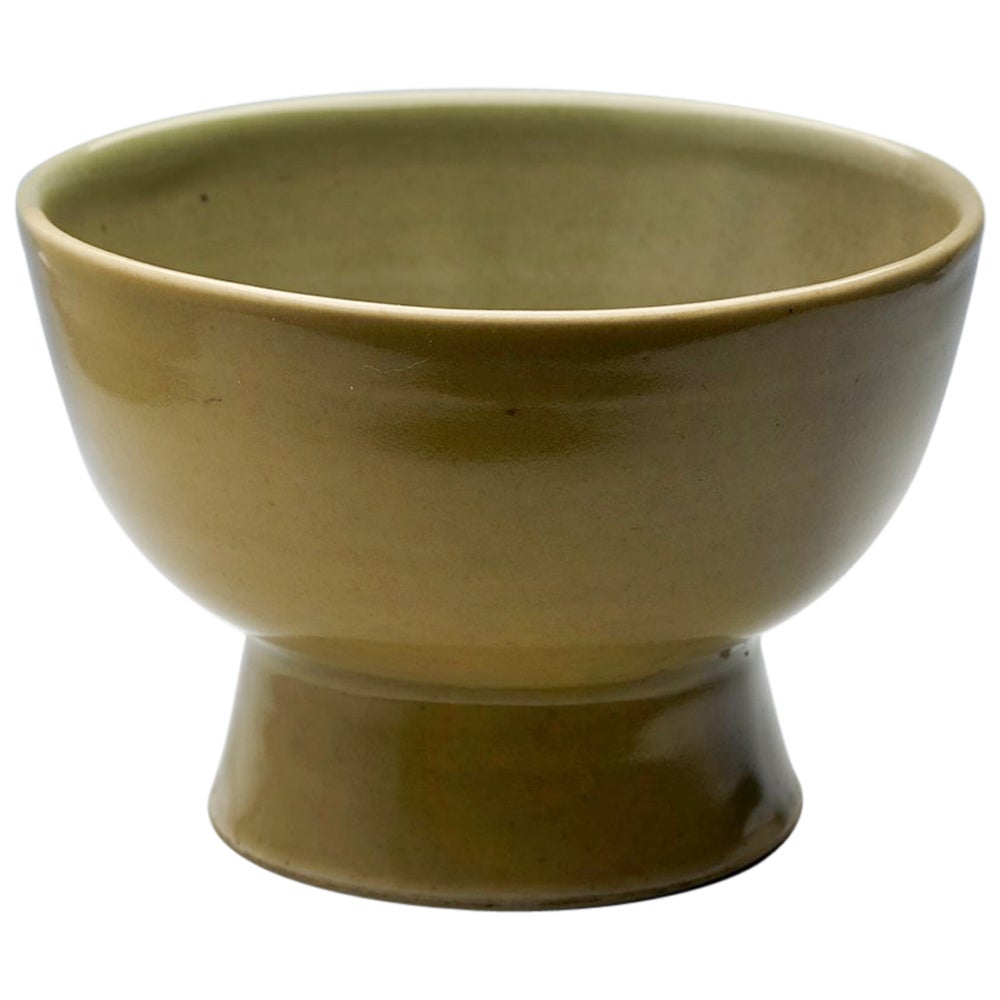 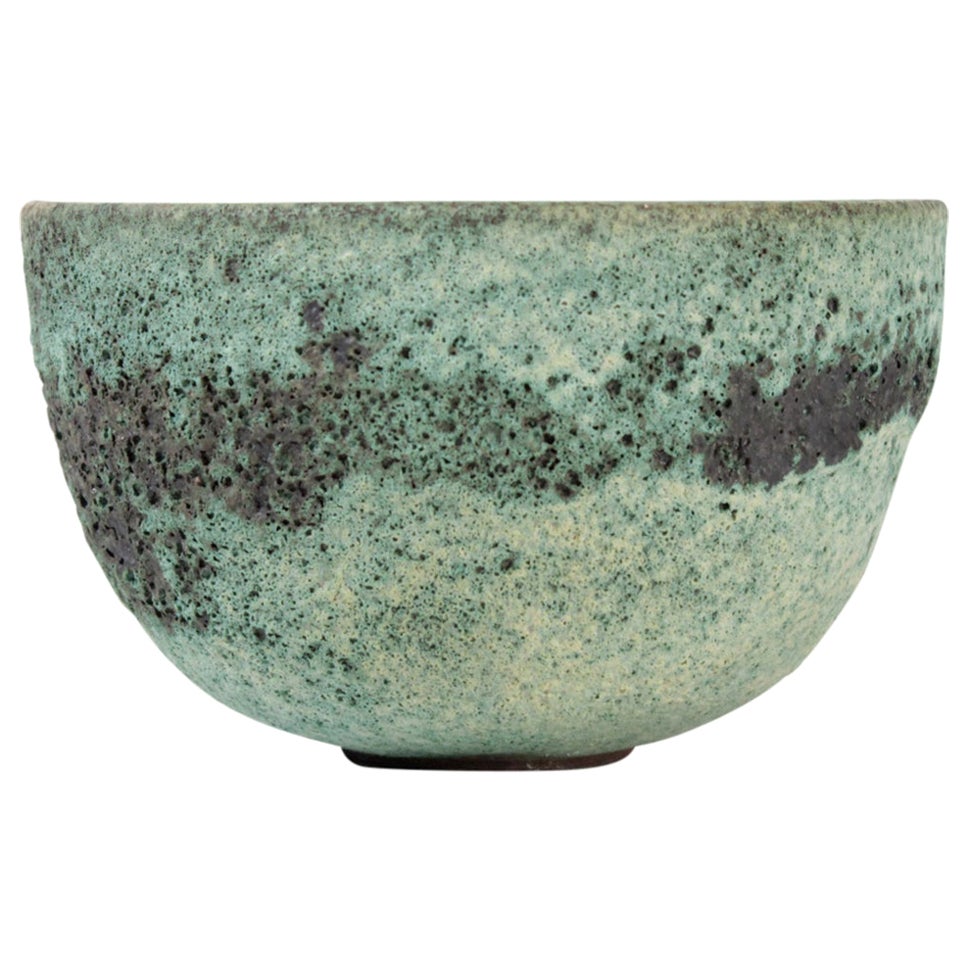 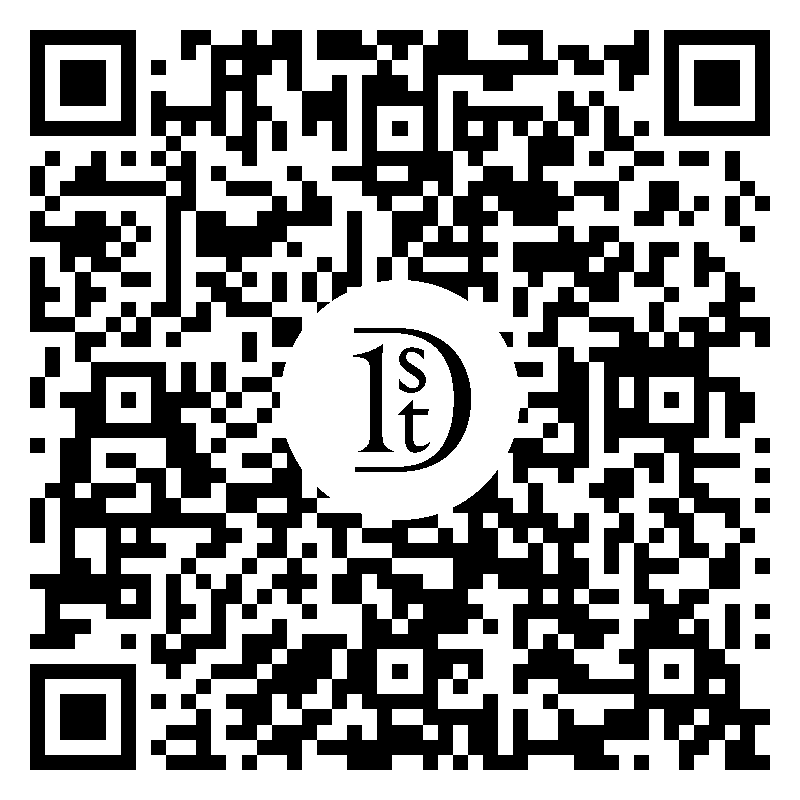 A stunning vintage British studio pottery bowl by Lucie Rie and Hans Coper, finely thrown the outer body decorated in oatmeal glaze with a dark mustard glaze to the inside bowl. The rounded bowl is slightly 'squeezed' in shape and stands on a narrow rounded unglazed foot rim with a recessed base with impressed seal marks for Lucie Rie and Hans Coper.

British studio potter Hans Coper was, along with his lifelong friend and studio partner Lucie Rie, among the most important figures in 20th-century ceramics. Although his work was never functional, he maintained a steadfast commitment to the vessel form and a belief that pots, not sculptures, are the “essence” of clay.

Coper was born in 1920 to a middle-class family in the town of Chemnitz, Germany. In 1939, with the Nazis in power, he emigrated to Great Britain, where he was promptly arrested as an enemy alien. Coper was sent to an internment camp in Canada returning to the United Kingdom in 1942. He served in the Pioneer Corps of the British Army until 1943 and remained in England for the rest of his life.

Coper came to ceramics in a roundabout way. After World War II, he did various jobs during the day to support himself, painting and drawing by night. In 1946, he sought work in a studio run by fellow European émigré Rie, who had fled Austria during World War II. Together, the pair produced ceramic buttons, but Rie, sensing in him a wellspring of untapped potential. sent Coper to the Woolwich School of Art for additional training.

When Coper returned, he and Rie turned their focus from buttons to tableware. During a period when Bernard Leach’s rustic, revivalist pottery was all the rage in Great Britain, Coper and Rie produced graceful, spare and decidedly modern pieces, often signed with the both their names. Gradually, their aesthetic caught on. While Rie focused on functional wares, Coper explored the sculptural possibilities of clay. She was invited to produce tableware for Heal’s Department Store in the 1950s, and he won a Gold Medal at the Milan Triennale in 1954, followed by a solo exhibition at Bonnier’s, in New York in 1956.

Coper typically created his vessels — which he gave simple, evocative names like “egg” and “spade” — by throwing a form on the wheel and then altering it to create a more sophisticated shape, often resembling a figure. His pieces are instantly recognizable by their surfaces, to which he applied dark oxides and slips to produce a subtle halo effect. His works tend to be imposing, but not monumental.

In 1958, Coper left Rie and set up his own studio in Digswell House in Hertfordshire. There he joined the Digswell Arts Trust collaborative, established by the teacher Henry Morris, who sought to connect culture with industry in an artistic setting. Working alongside artists and designers in other mediums, Coper expanded his practice to encompass ceramic components for buildings. In 1962, he was awarded a commission to design candlesticks for Coventry Cathedral.

Coper returned to London in 1963 and in 1966 began teaching at the Royal College of Art, where he remained until 1975. He continued to exhibit his work with Rie throughout the 1960s and ‘70s. In 1969, he was invited to take part in a two-man exhibition with textile artist Peter Collingwood at London’s Victoria & Albert Museum that featured new work by both artists. The show contained more than 100 of Coper’s vessels, including, in their debut appearance, his “Cycladic” pots, which were inspired by the bold, expressive sculptures of the civilization that flourished on the Cycladic islands from approximately 3200 to 2000 BC. Other exhibitions followed, in international venues, from Japan to Denmark to the United States.

Suffering from amyotrophic lateral sclerosis, Coper stopped working in his studio in 1979 and died at home in 1981. In the decades since, Coper and Rie have become icons of 20th century ceramics, and their highly sought-after works are represented in the collections of major museums, including the Victoria and Albert; New York’s Metropolitan Museum of Art; and the Ceramics Research Center at the Arizona State University Art Museum, in Tempe.

Diamond Seller
These expertly vetted sellers are 1stDibs' most experienced sellers and are rated highest by our customers.
Established in 2009
1stDibs seller since 2015
307 sales on 1stDibs
Typical response time: 4 hours
Associations
LAPADA - The Association of Arts & Antiques DealersInternational Confederation of Art and Antique Dealers' Associations
More From This Seller
View All From Seller