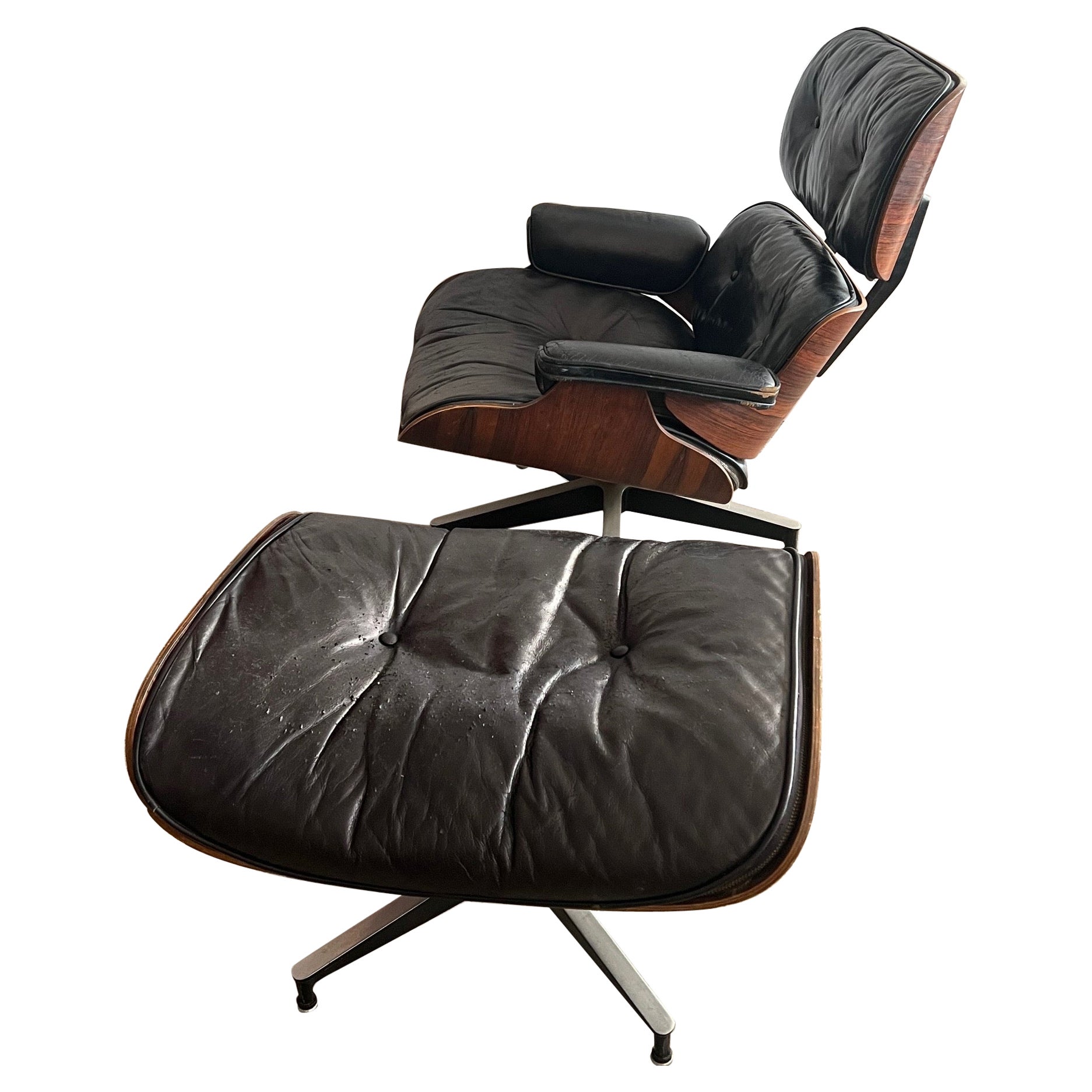 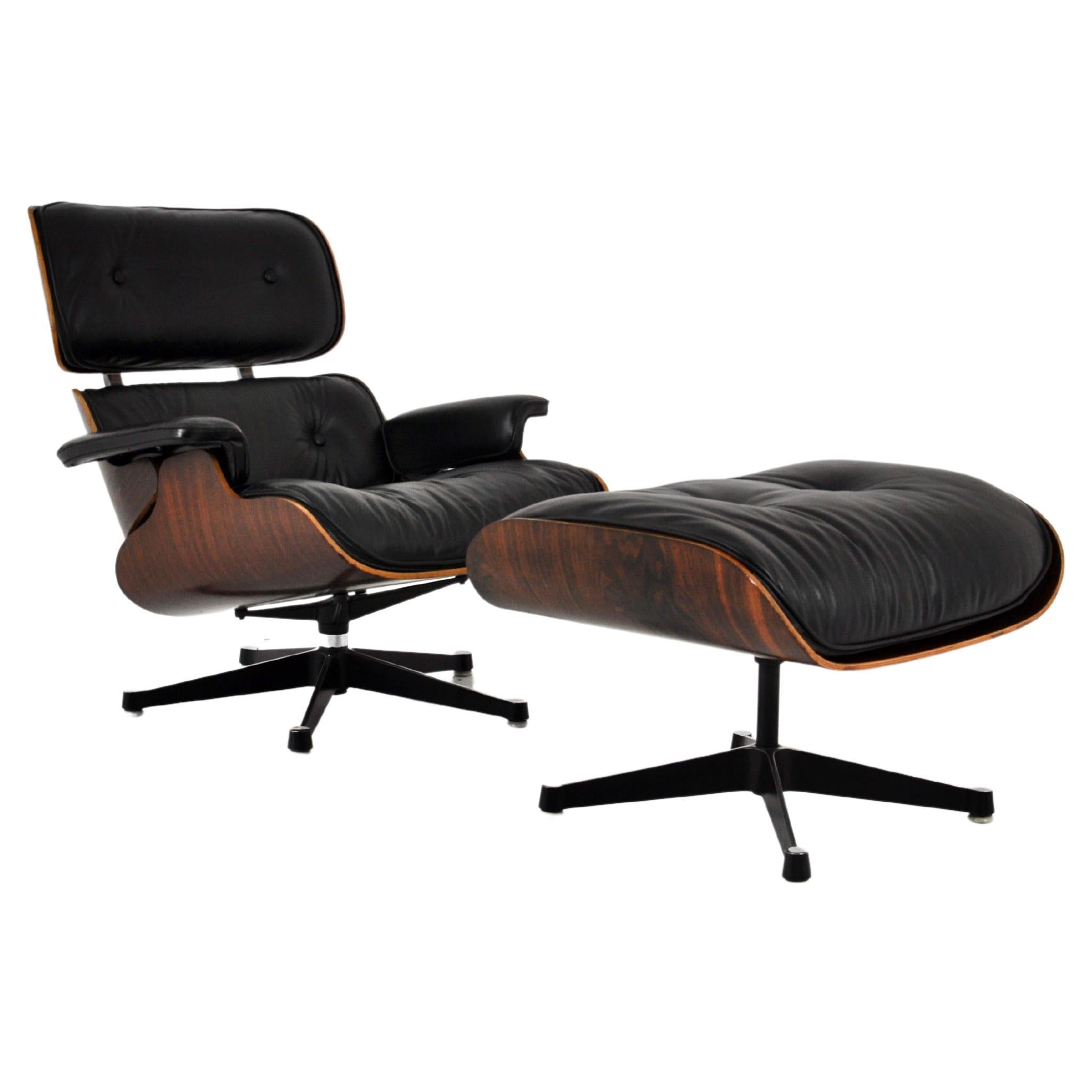 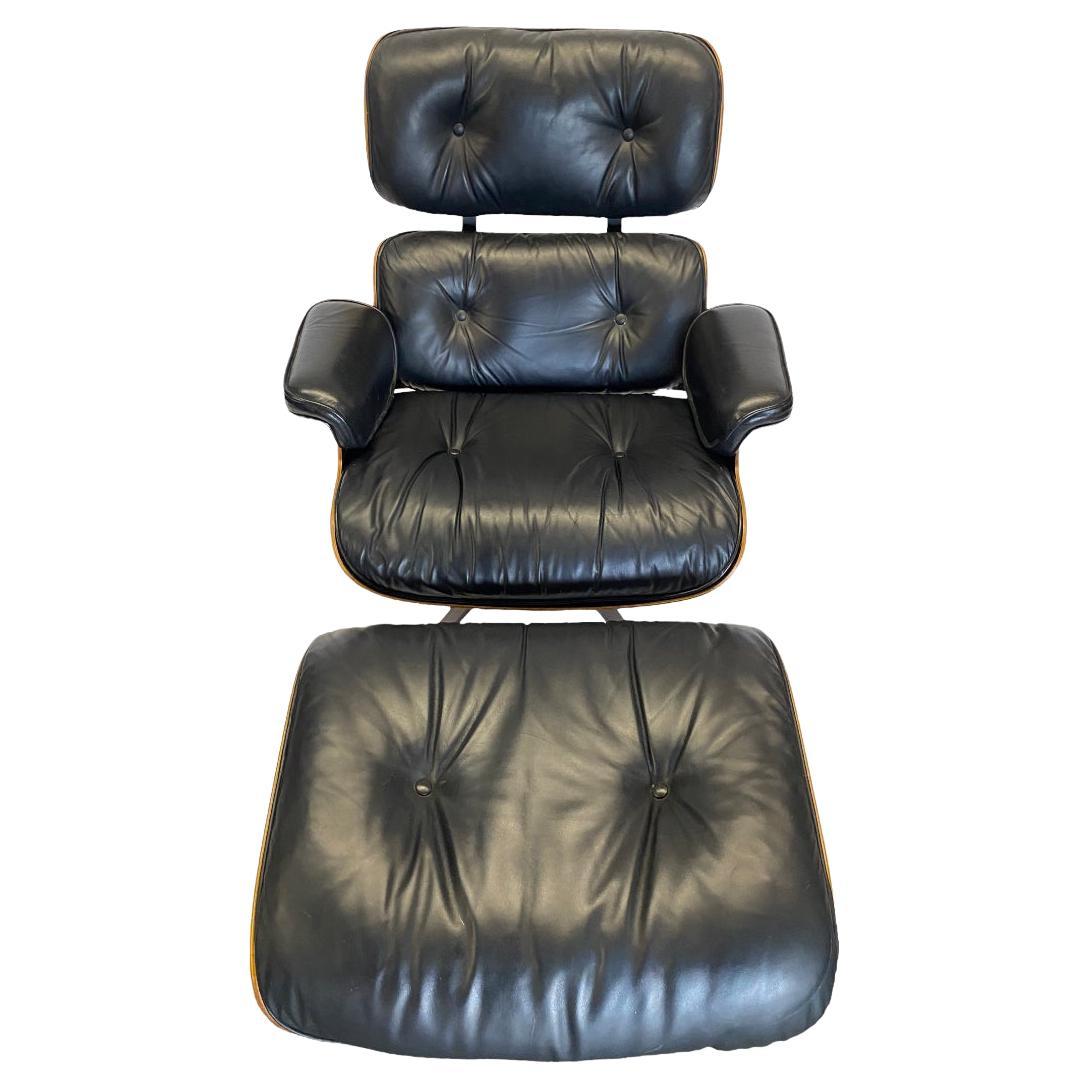 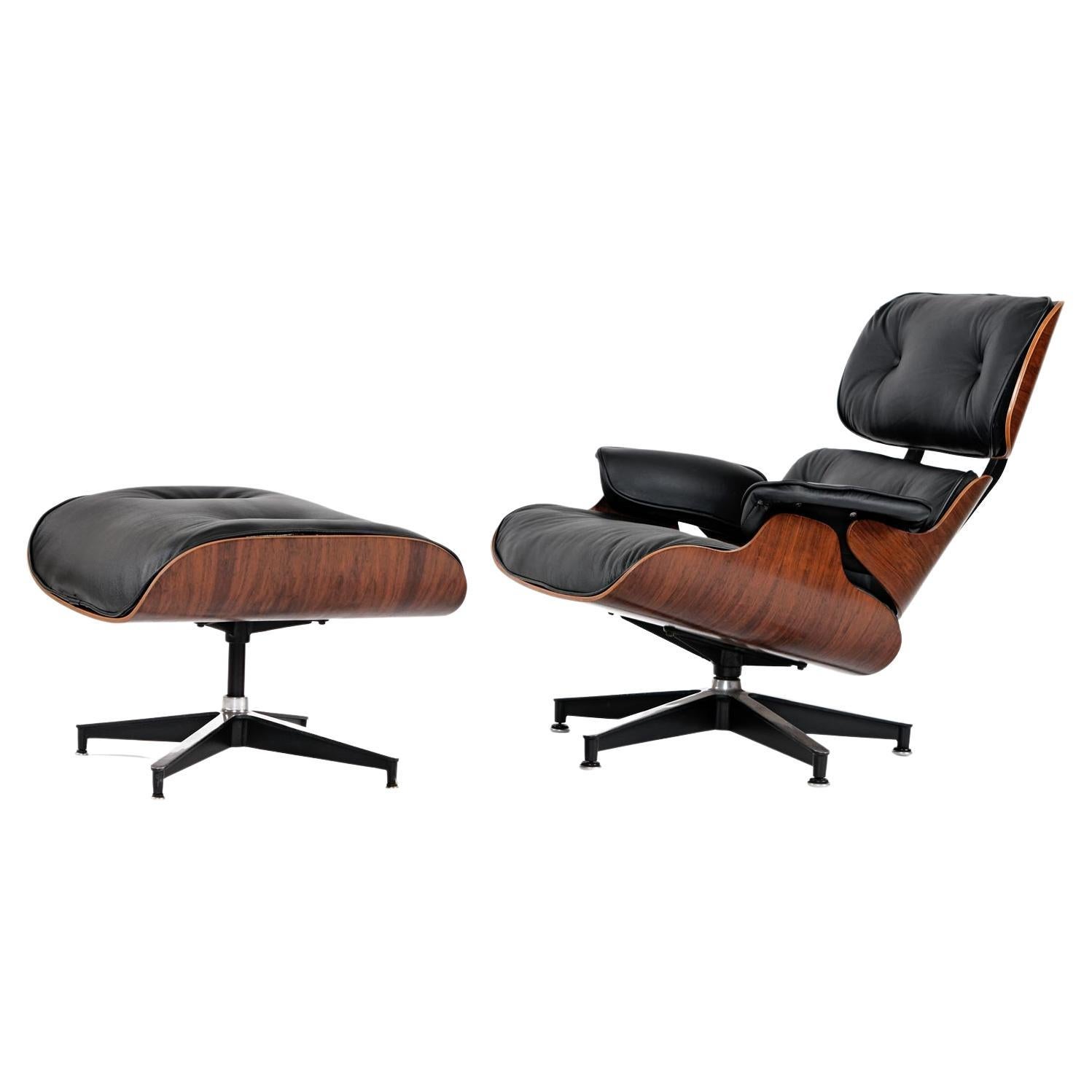 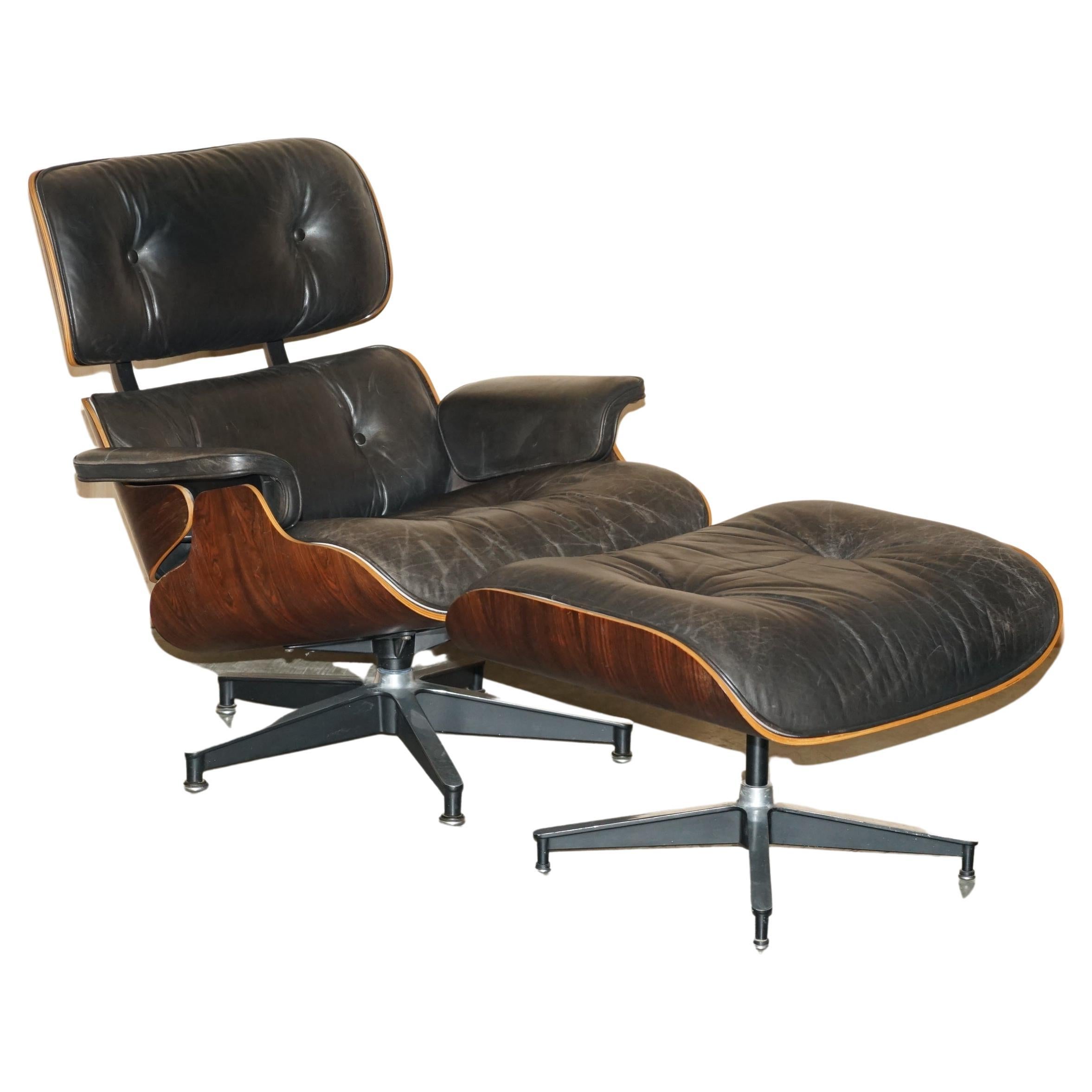 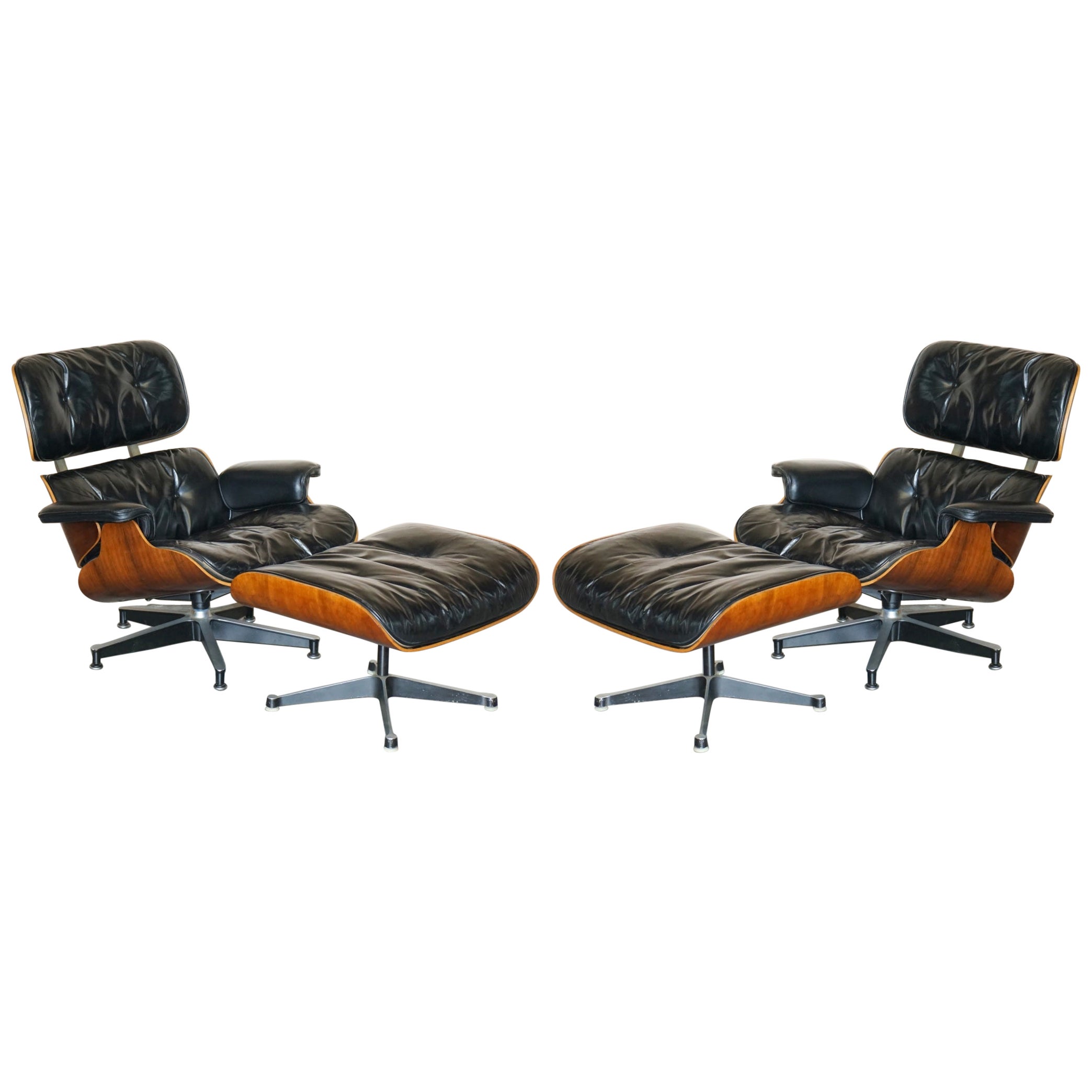 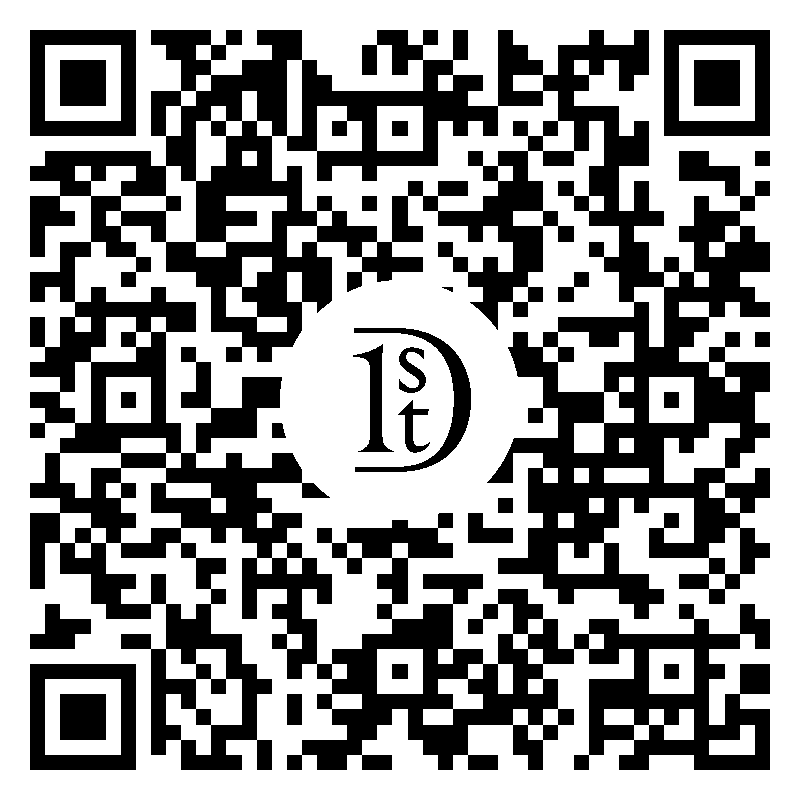 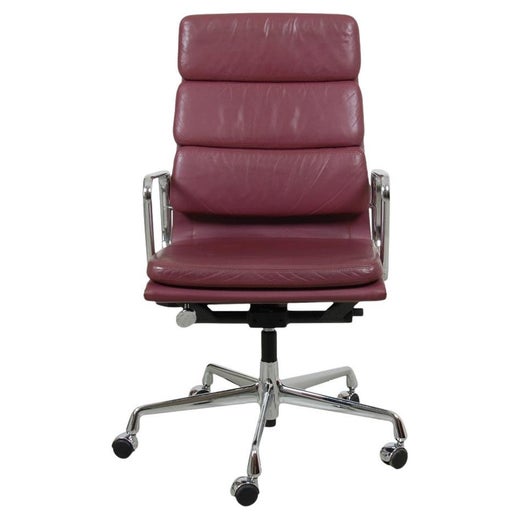 The legacy of Charles Eames looms large in design. In partnership with his wife, Ray, Charles was at the forefront of pioneering innovation in the use of molded plywood for furniture making. The Eameses’ cheerful and inviting work has endured among the most important advancements in the history of 20th-century design.

Together, visionary mid-century modern duo Charles and Ray Eames introduced a wide range of renowned furniture to the postwar market, including iconic designs such as the Eames lounge chair and ottoman, the wildly colorful birch plywood-and-plastic-laminate Eames storage unit, the Eames compact sofa and more. The designers were trailblazers in molded plywood furniture and brought lively organic form to metal and plastic.

Charles Eames studied architecture at Washington University in St. Louis. He traveled to Mexico and Europe, and experienced firsthand the work of designer-architects Le Corbusier and Ludwig Mies van der Rohe. In 1930, upon returning to Missouri, Eames opened an architecture practice with Charles M. Gray but later moved to Michigan in 1938. He received a fellowship at Cranbrook Academy of Art, which would become a breeding ground for the stars of mid-century design. Eames continued his architecture studies at Cranbrook and also taught in the design department.

In 1940, Eames met his future wife, artist and designer Beatrice Alexandra "Ray" Kaiser, who was studying at Cranbrook under Abstract Expressionist painter Hans Hofmann. Charles teamed up with another Cranbrook instructor, Finnish-American designer Eero Saarinen, to explore the possibilities of plywood for use in furniture design.

With support from Ray, Charles and Eero created chairs and case pieces and submitted them to the “Organic Design in Home Furnishings” competition at the Museum of Modern Art in New York City — among them was the groundbreaking organic Side chair made of molded plywood with maple legs. It was upholstered by Heywood-Wakefield. This exhibition is considered critical by many to the popularization of what is known as mid-century modernism. Eames and Saarinen won first place for their submissions to the competition.

Charles and Ray were married in 1941 and soon after moved to Los Angeles, California, and lived in an apartment building designed by architect Richard Neutra. Charles worked on set design at MGM, and at night, in a humble workshop they established in the guest bedroom, he and Ray experimented with molded plywood on a homemade device they called the “Kazaam!” machine. In 1942, the couple won a U.S. Navy contract to create molded plywood leg splints that would be used to support wartime medical efforts. Soon, the Evans Product Company was making the splints and the Eameses opened the famed Eames Office and studio.

The Eameses’ innovative use of wire framing, molded plywood and applied fabrics caught the attention of many notable figures in interior design and architecture, including George Nelson, director of design at Herman Miller, a now-legendary modern furniture manufacturer. The company enlisted the Eameses’ talents and was eventually home to the couple’s classic pieces such as the Eames DCW chair and the DCM chair.

1stDibs Buyer Protection Guaranteed
If your item arrives not as described, we’ll work with you and the seller to make it right. Learn More
About the Seller
4.9
Located in St.Petersburg, FL
Platinum Seller
These expertly vetted sellers are 1stDibs' most experienced sellers and are rated highest by our customers.
Established in 1995
1stDibs seller since 2004
554 sales on 1stDibs
Typical response time: <1 hour
More From This SellerView All
People Also Browsed
You May Also Like