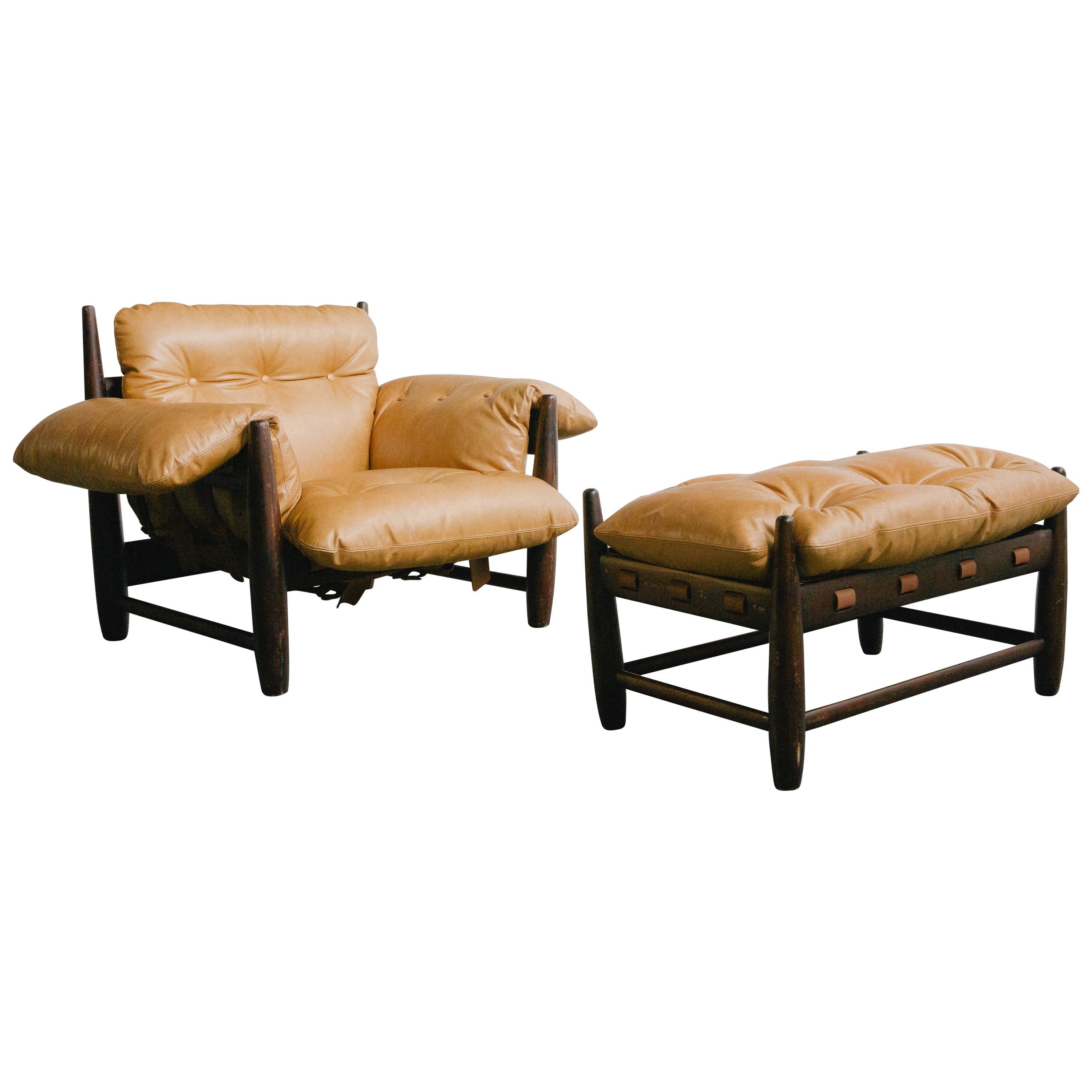 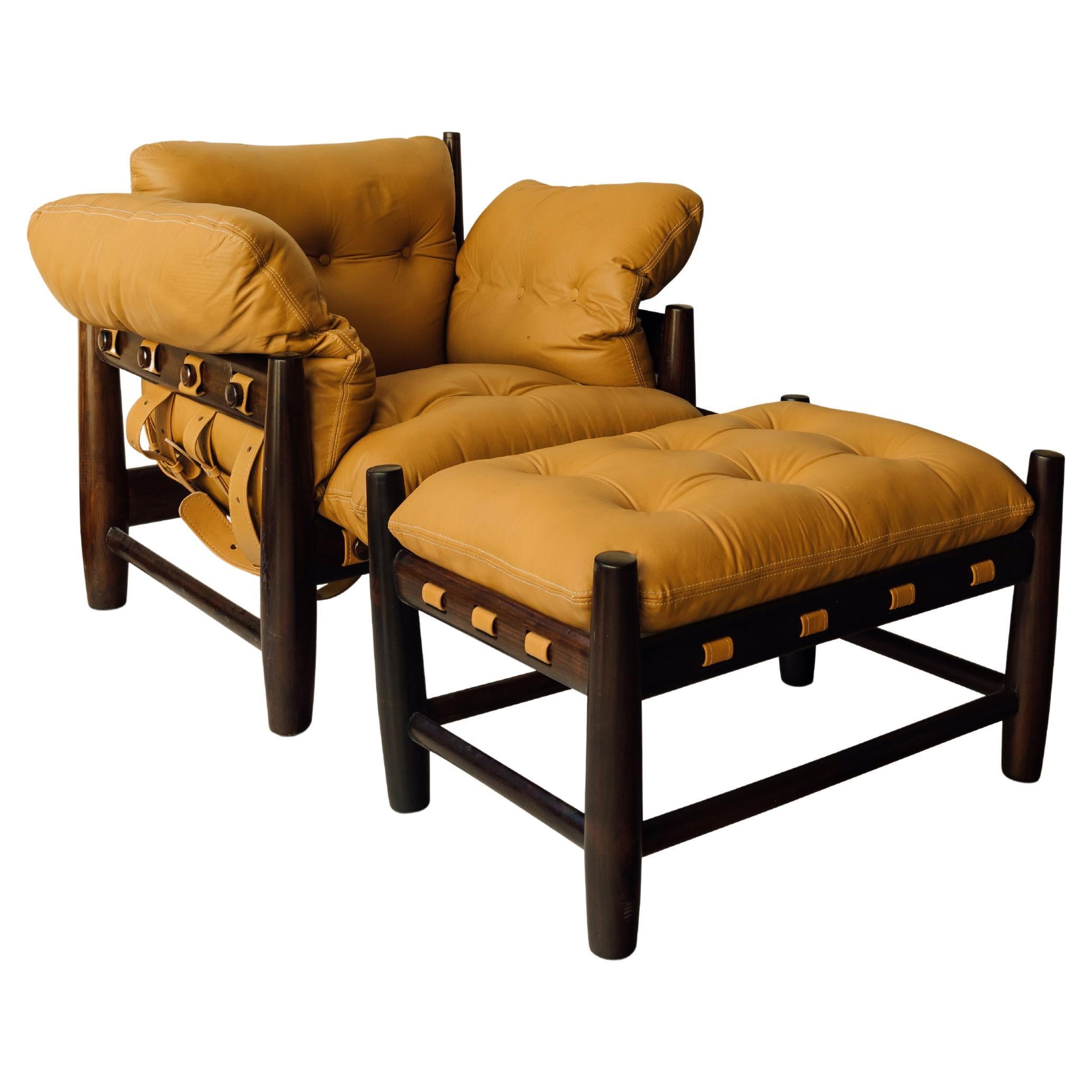 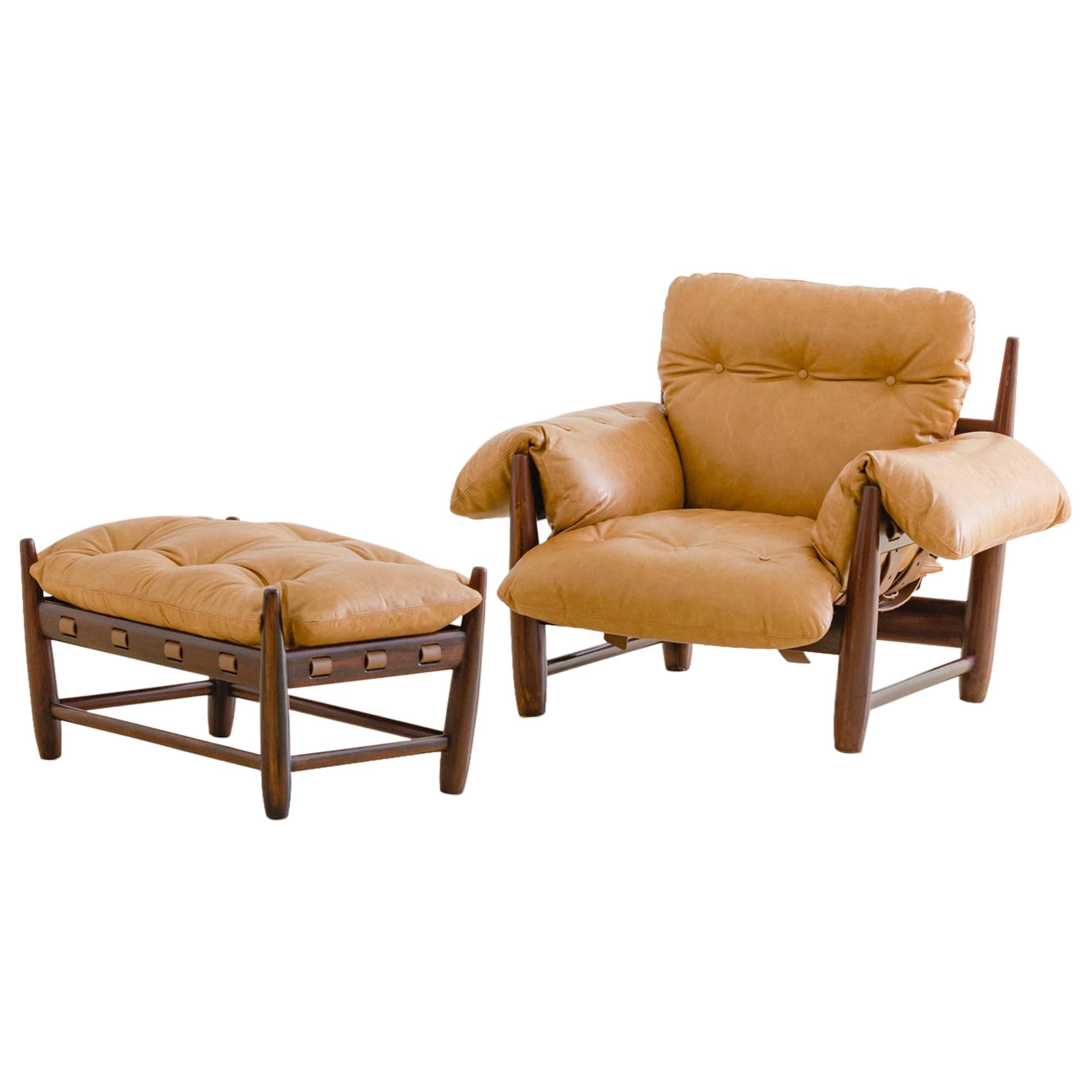 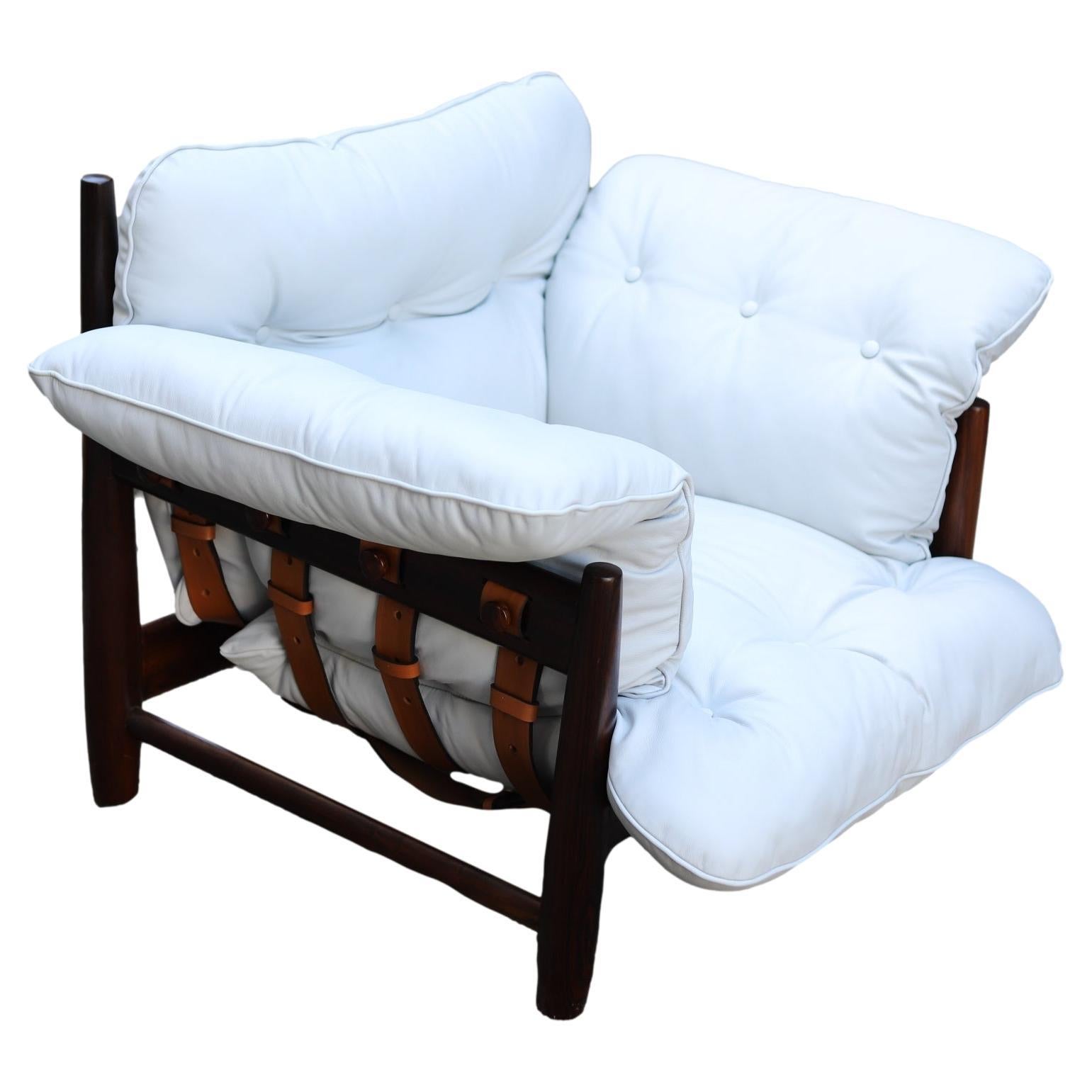 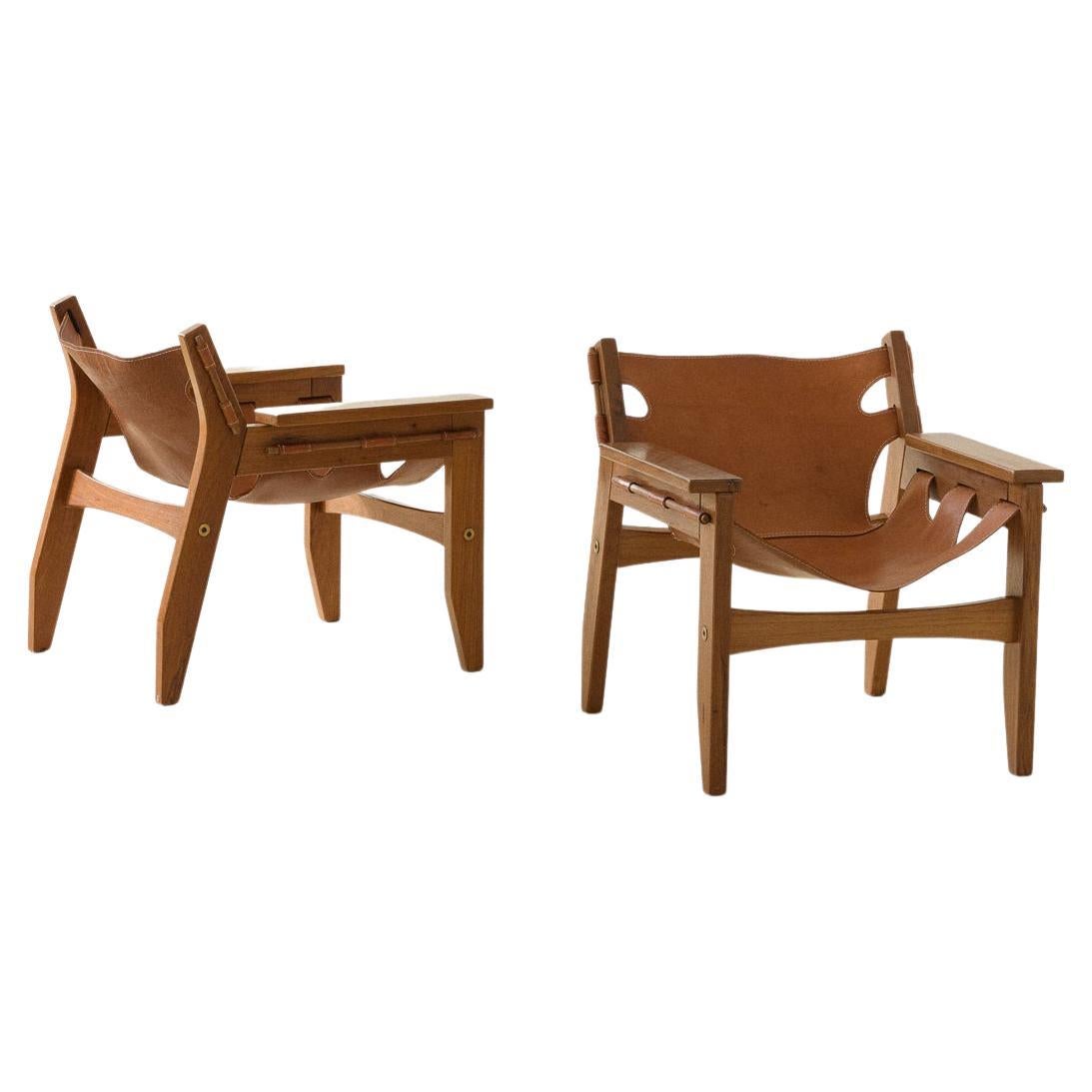 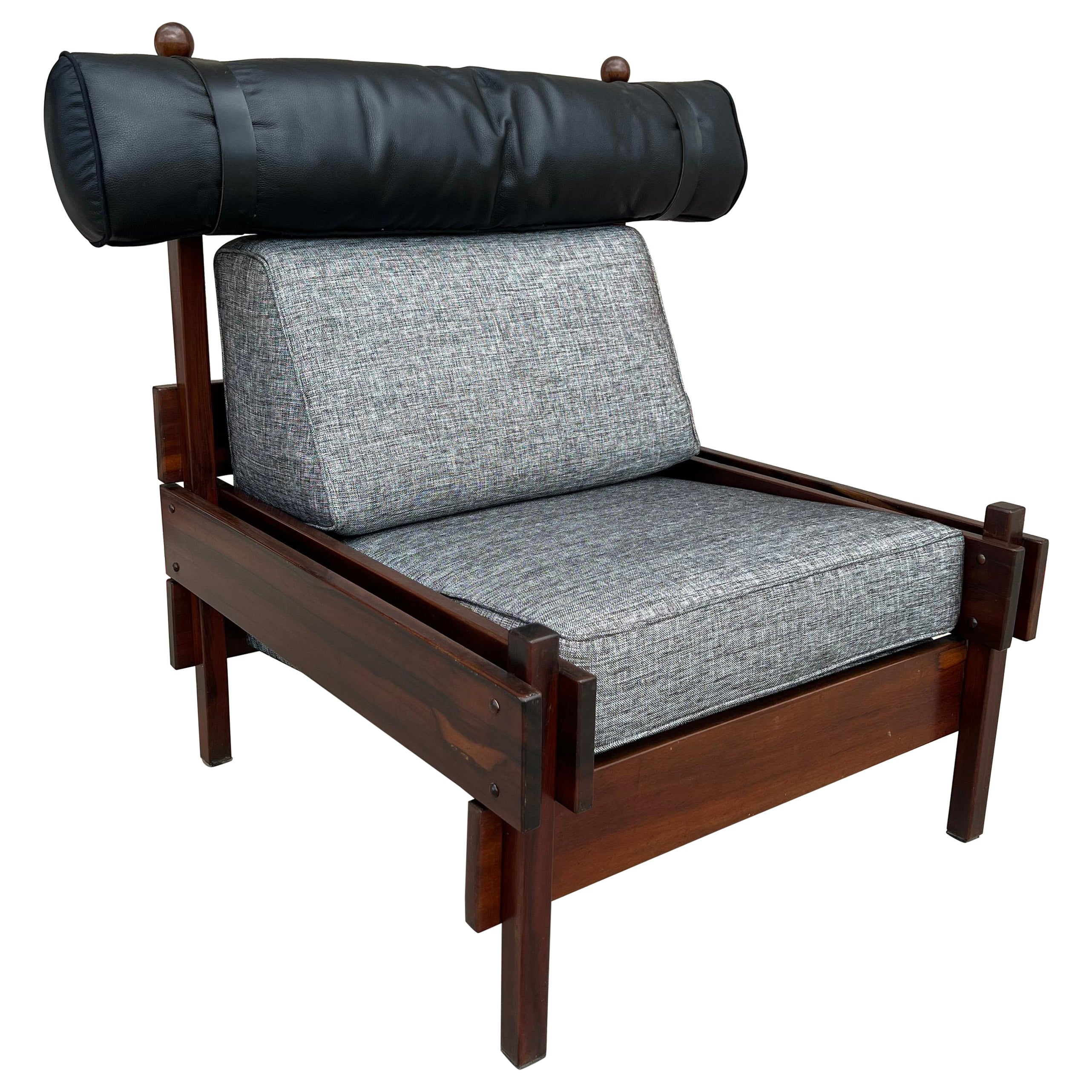 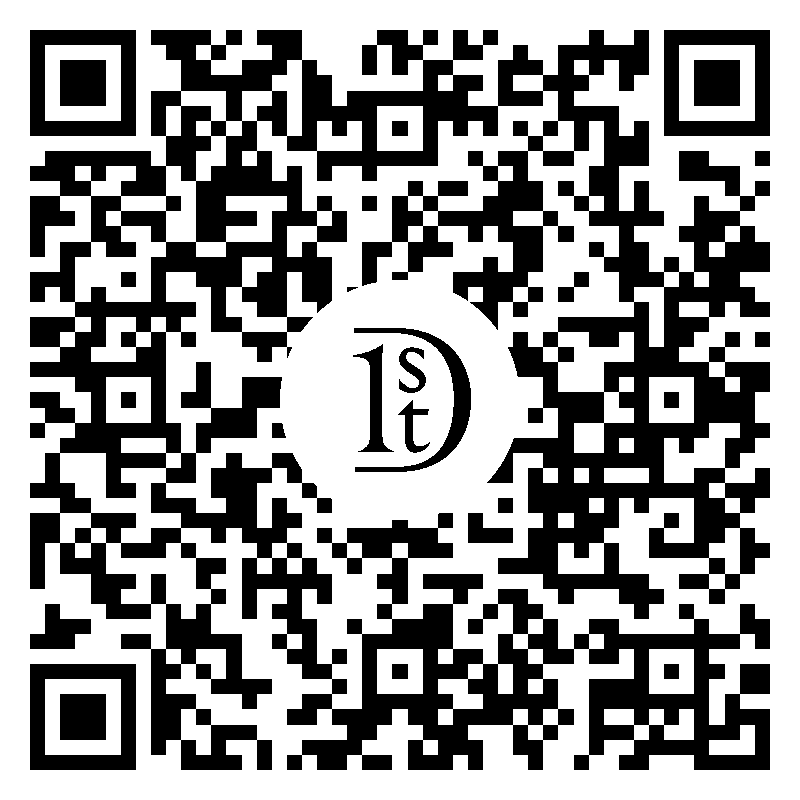 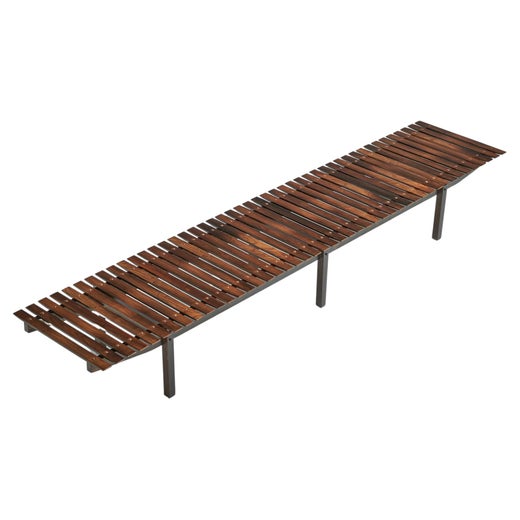 Rodrigues would realize the true expression of his talents in — and garner international awards and acclaim with — his Mole chair of 1957. The word mole means "soft" in Portuguese, but can be interpreted as "easygoing" or even "listless." Rodrigues's chair features a sturdy, generously proportioned frame of the native South American hardwood jacaranda, upholstered with overstuffed leather pads that flap like saddlebags across the arms, seat, and backrest. It is a chair that invites sprawling — perfect for the social milieu of the bossa nova and caipirinha cocktails; where a languorous afternoon spent chatting and joking is the apex of enjoyment.

Most of the estimated 1,200 armchairs, sofas, tables, storage cabinets and dining tables Rodrigues designed in his long career are imbued, in one way or another, with this air of robust relaxation. Sergio Rodrigues was a designer true to the temperament of his people.

About the Seller
No Reviews Yet
Located in Melides, Portugal
Vetted Seller
These experienced sellers undergo a comprehensive evaluation by our team of in-house experts.
Established in 2000
1stDibs seller since 2021
Typical response time: A week
More From This Seller

$19,500
Mole Lounge Armchair, by Sergio Rodrigues in White Leather and Rosewood
By Sergio Rodrigues
Located in Houston, TX
The design originated with a 1957 commission for the photographer Otto Stupakoff, who asked Rodrigues for a "spread-out" sofa for his studio. The design sat in Rodrigues’ company Oca...
Category

$12,000
"Vronka" Rosewood Midcentury Armchair by Brazilian Designer Sergio Rodrigues
By Sergio Rodrigues
Located in Clifton, NJ
Designed in 1962 by Sergio Rodrigues, the “Vronka” armchair was made of solid Rosewood structure and a floating, comfortable cushion. Like many designers of Rodrigues's generation, h...
Category

$11,000
Pair of Vronka Armchairs, by Sergio Rodrigues, 1962 Brazilian Mid-Century Modern
By Sergio Rodrigues
Located in Sao Paulo, SP
Part of the furniture line of the company "Meia Pataca", created by Sérgio Rodrigues with the intention of producing Brazilian industrial furniture, the Vronka armchair was conceived...
Category