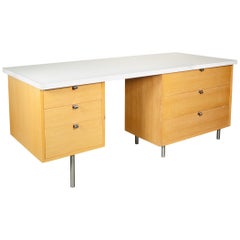 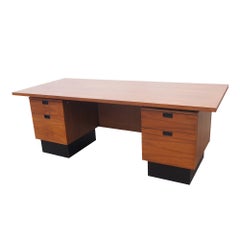 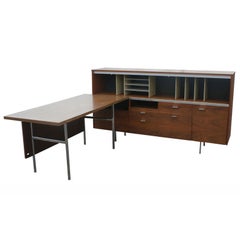 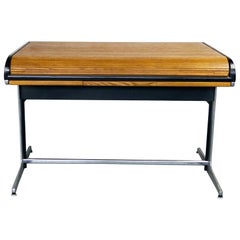 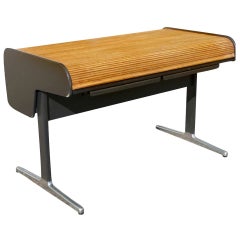 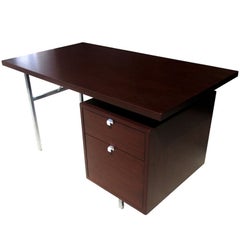 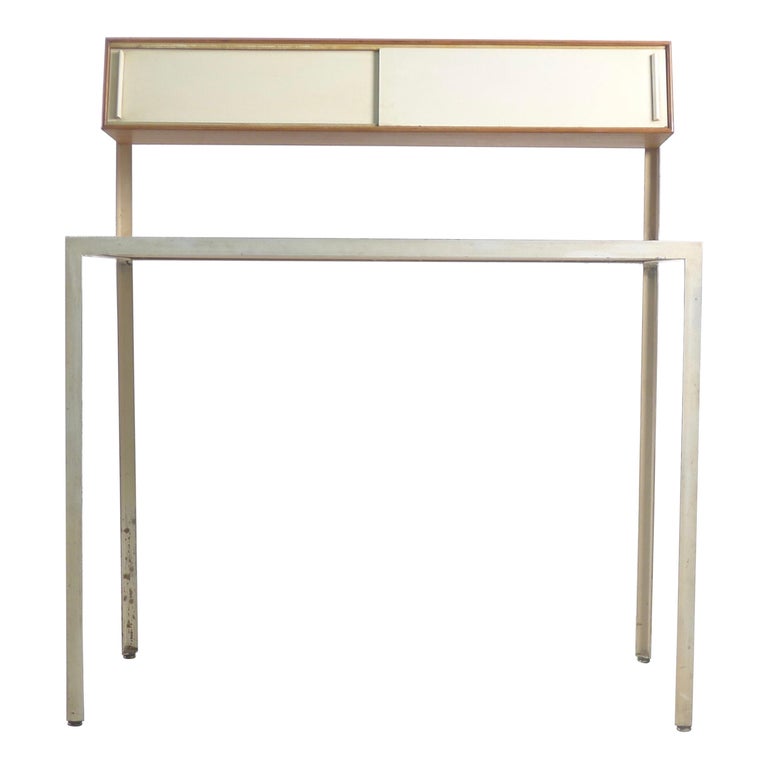 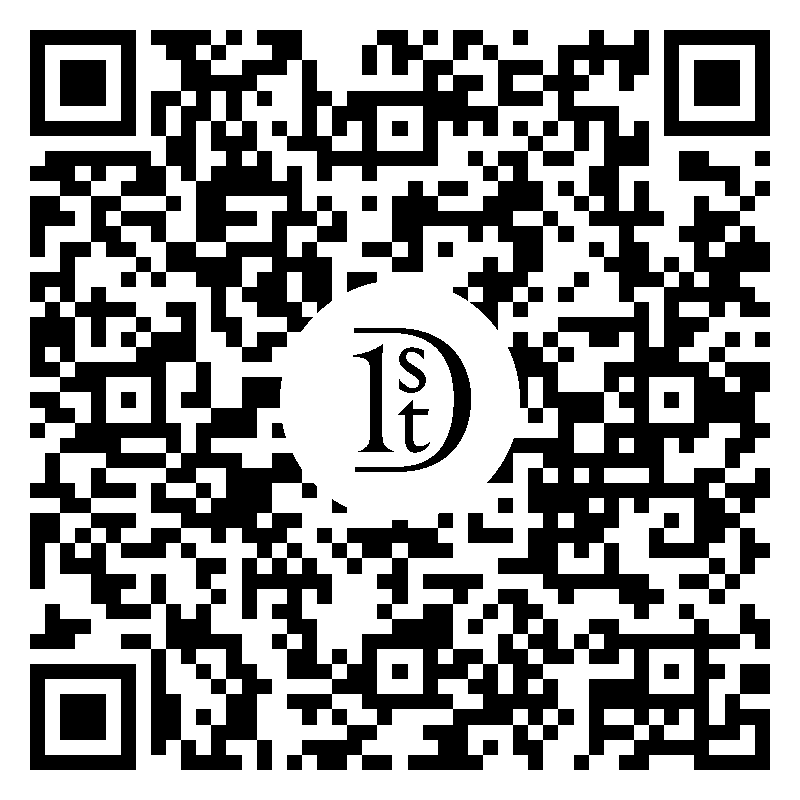 Architect, designer, and writer, George Nelson was a central figure in the mid-century American modernist design movement; and his thoughts influenced not only the furniture we live with, but also how we live.

Nelson came to design via journalism and literature. Upon receiving his bachelor’s degree in architecture from Yale in 1931, he won the Prix de Rome fellowship, and spent his time in Europe writing magazine articles that helped bring stateside recognition to Ludwig Mies van der Rohe, Gio Ponti, Le Corbusier and other canonical modernist architects. In the 1940s, Nelson wrote texts that suggested such now-commonplace ideas as open-plan houses, storage walls and family rooms. D.J. Depree, the owner of the furniture maker Herman Miller Inc., was so impressed by Nelson that in 1944 — following the sudden death of Gilbert Rohde, who had introduced the firm to modern design in the 1930s — he invited Nelson to join the company as its design director.

There Nelson’s curatorial design talents came to the fore. To Herman Miller he brought such eminent creators as Charles and Ray Eames, Isamu Noguchi, and the textile and furniture designer Alexander Girard. Thanks to a clever contract, at the same time as he directed Herman Miller he formed a New York design company, George Nelson & Associates, that sold furniture designs to the Michigan firm, as well as its competitor, the Howard Miller Clock Company. Nelson’s New York team of designers (who were rarely individually credited) would create such iconic pieces as the “Marshmallow” sofa, the “Coconut” chair, the “Ball” clock, the “Bubble” lamp series and the many cabinets and beds that comprise the sleek “Thin-Edge” line.

For dedicated collectors, as well as for interior designers who look beyond “the look,” there is a “cool-factor” inherent to vintage pieces from George Nelson and others. Nelson was in on it from the start, and it’s valuable to have a piece that was there with him. But still, as is evident from the offerings from dealers on these pages, in any of the designs, in any iteration whose manufacture Nelson oversaw and encouraged, there are shining elements of lightness, elegance, sophistication —and a little bit of swagger. George Nelson felt confident in his ideas about design and didn’t mind letting the world know.