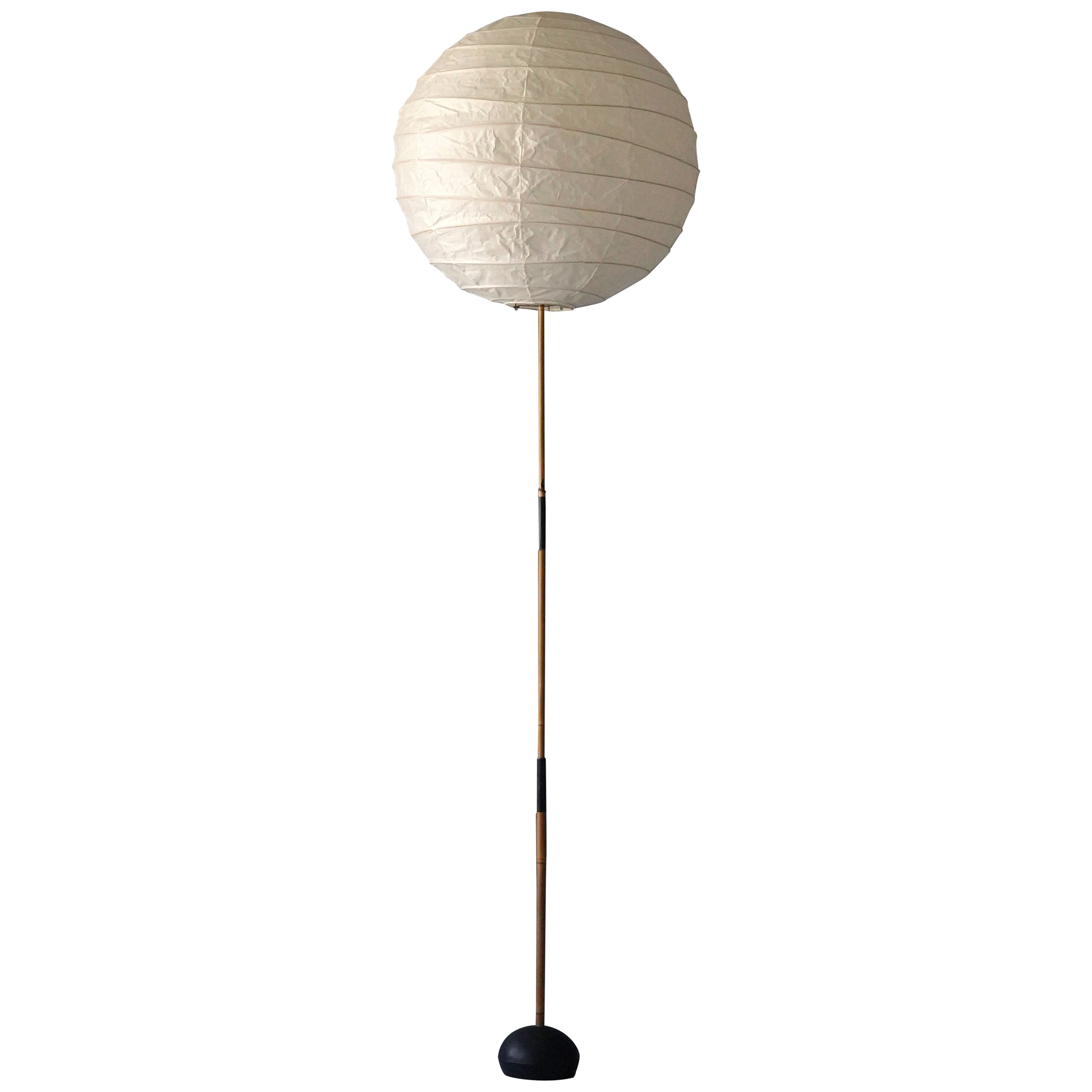 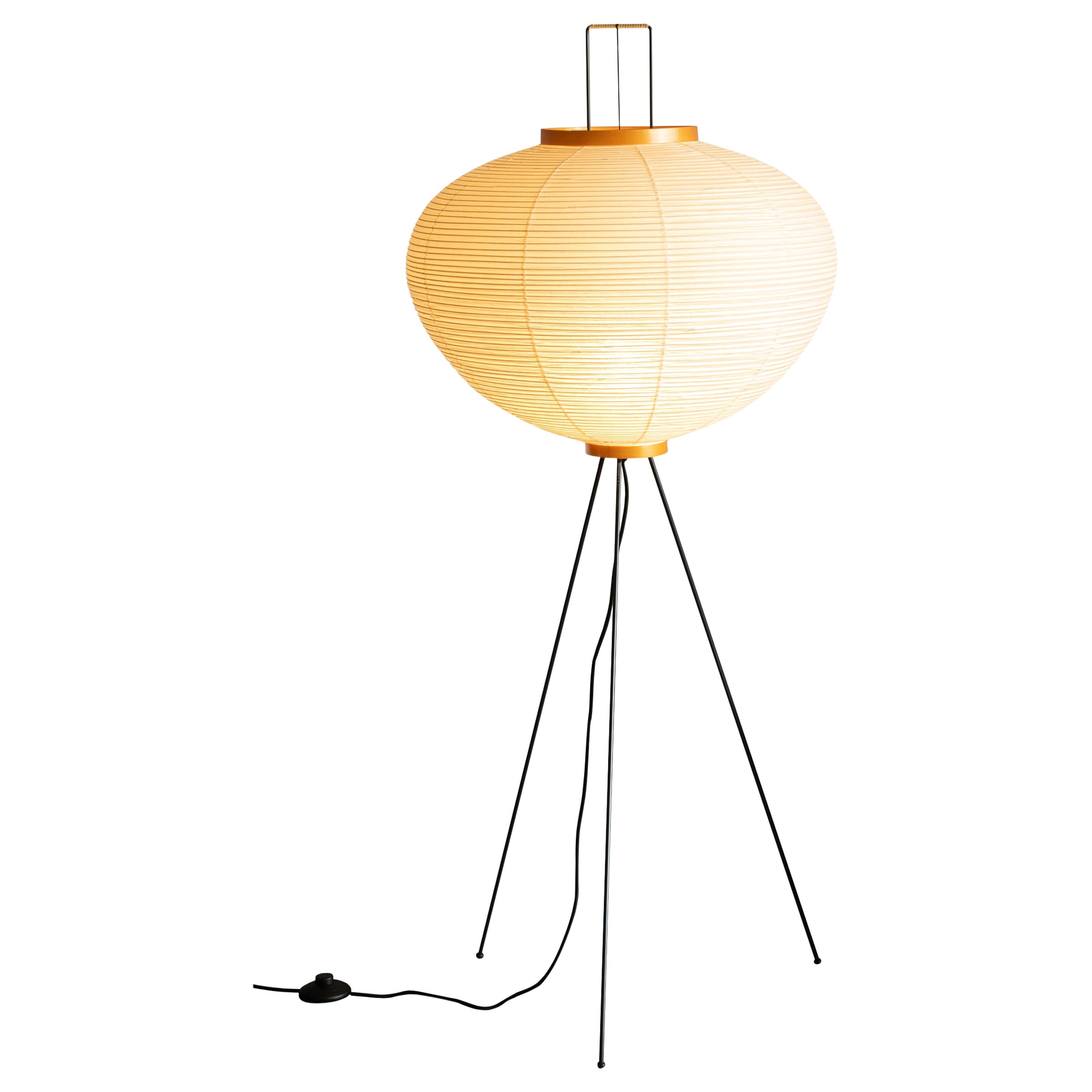 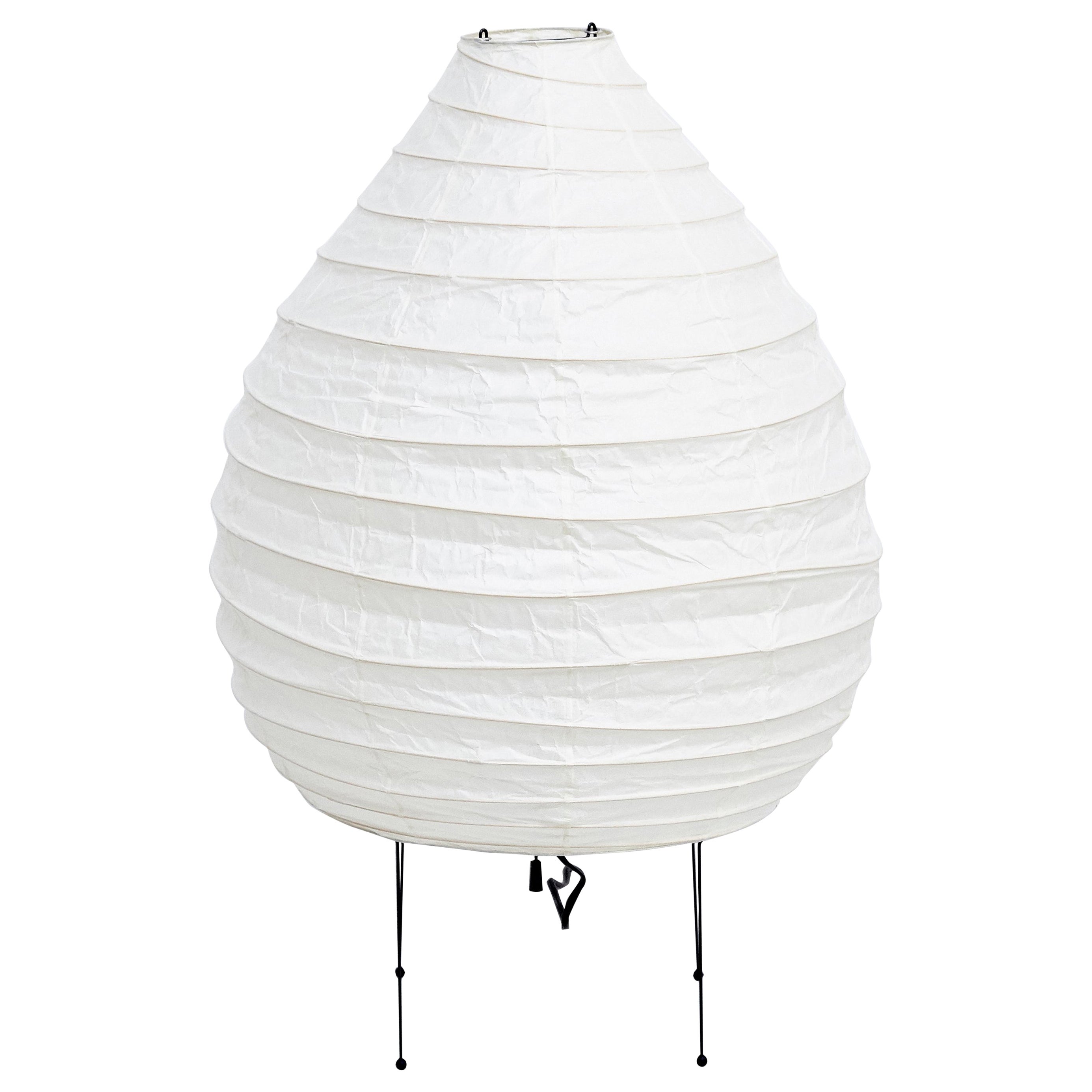 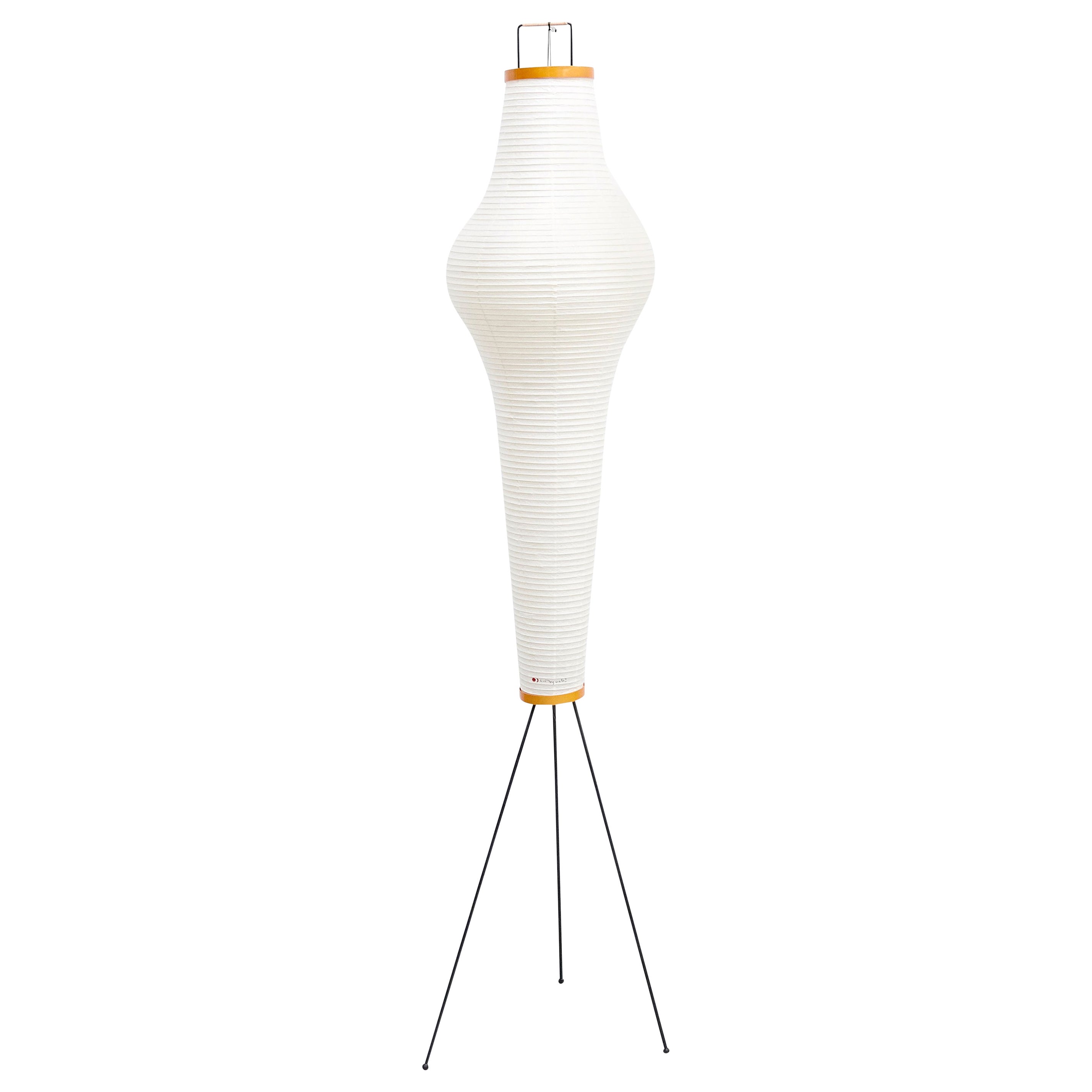 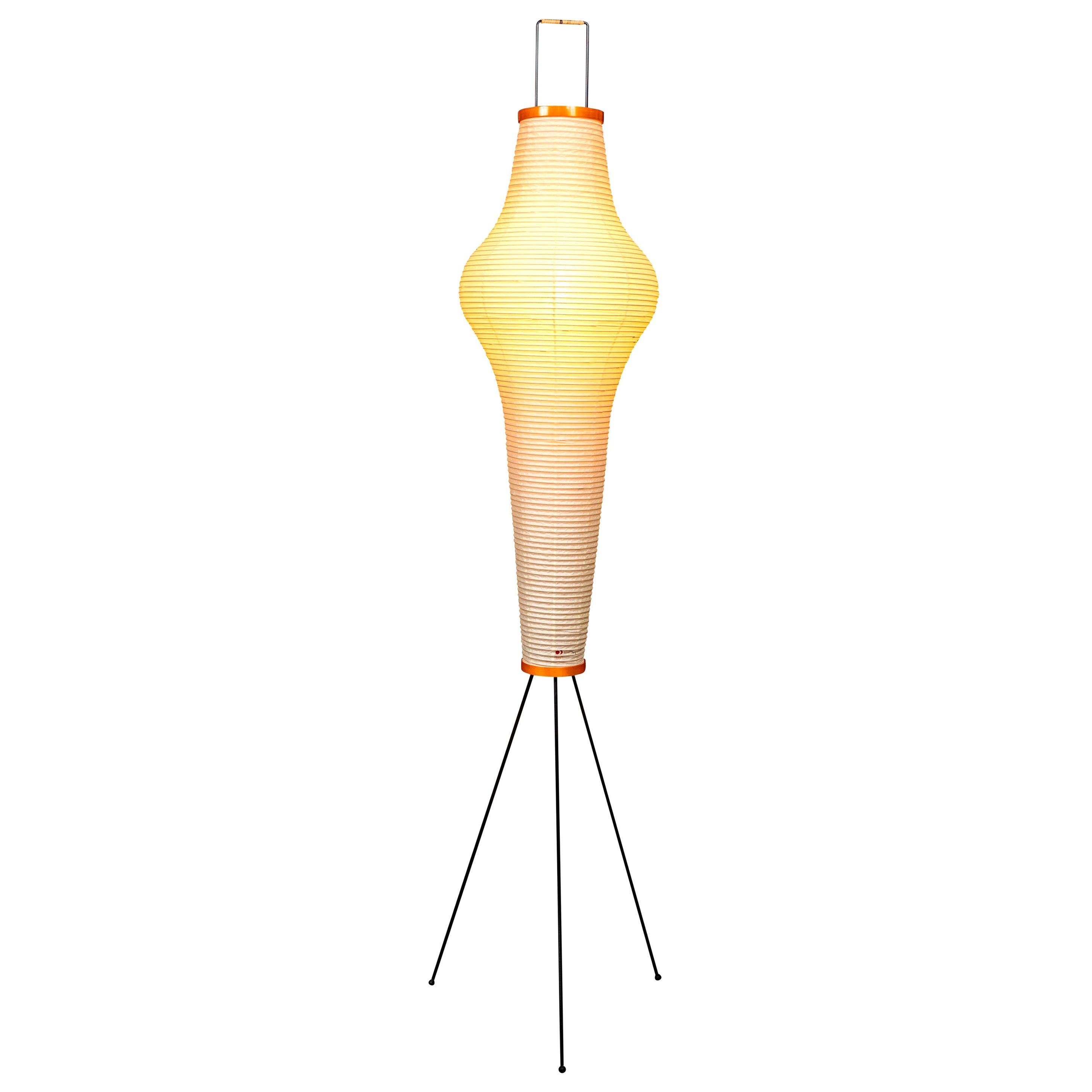 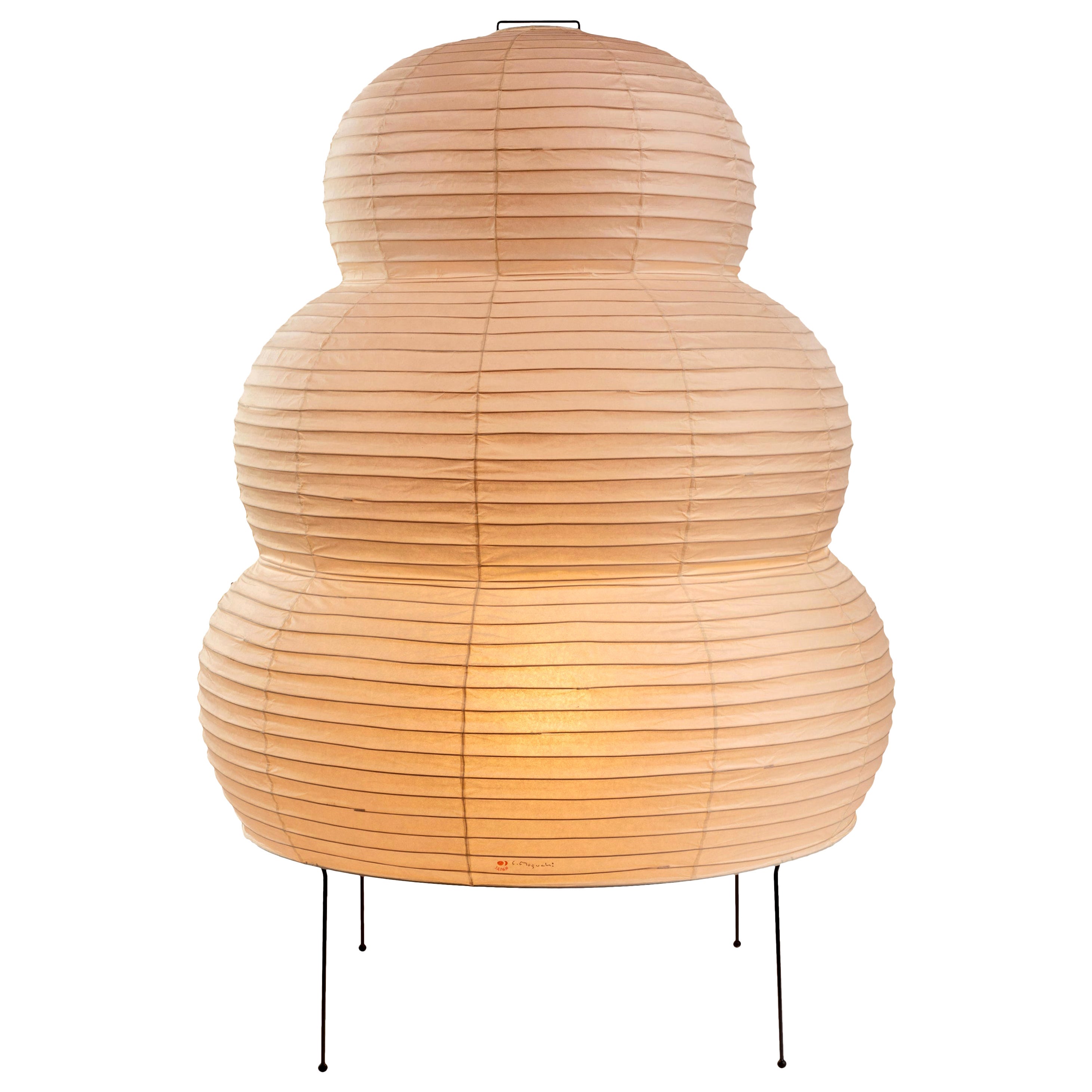 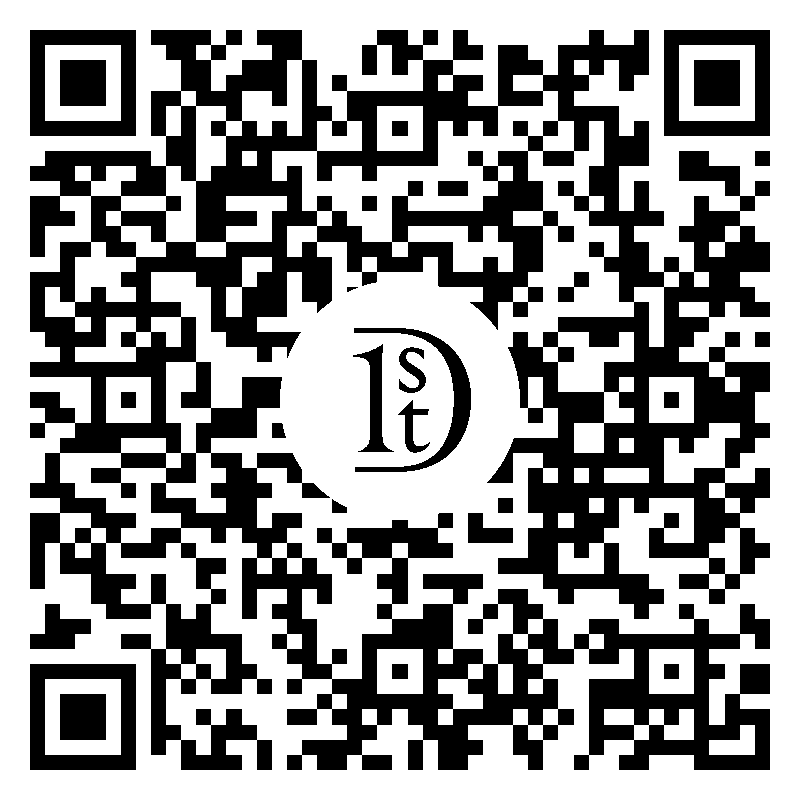 An early example of Isamu Noguchi's "Akari" floor lamp. This model, BB3/55DD, was designed in 1979 and produced by Ozeki Company, Japan. The underside of base marked among other marks "Made in Japan" and "Bonniers". The original washi paper shade bears Noguchi's printed signature and sign. Other designers of the period include George Nakashima, Paul Frankl, Serge Mouille,

Sculptor, painter, ceramicist and furniture and lighting designer, Isamu Noguchi was one of the most prolific and protean creative forces of the 20th century and a key figure in the development of organic modernism. Noguchi’s sculptures and designs share a common spirit: one of lyrical abstraction, tempo and flow and harmonious balance.

Noguchi was born in Los Angeles to an American mother and Japanese father, and spent most of his childhood in Japan. He returned to the United States at age 13, went to high school in Indiana and enrolled at Columbia University to study medicine. At the same time, he took night courses in sculpture. Within three months, he left college to pursue art full time. Noguchi was awarded a Guggenheim Fellowship in 1927 and traveled to Paris to work under Constantin Brancusi. It marked a turning point. Inspired by Brancusi, Noguchi embraced abstraction and began to sculpt in the expressive, rhythmic style that would be the hallmark of his work.

Once back in New York, Noguchi was introduced to design by what would become a lifelong collaboration creating sets for choreographer Martha Graham. His first industrial designs were in Bakelite: a sleek clock-timer created circa 1932, and his famed Zenith Radio Nurse intercom, from 1937. Ten years later, Herman Miller introduced Noguchi’s now-iconic glass-topped coffee table with an articulated wooden base. His washi paper and bamboo Akari Light Sculptures, handmade in Japan, debuted in 1951. In the late 1950s, Noguchi designed for Knoll, creating such pieces as his dynamic Cyclone table and rocking stool. For collectors, Noguchi’s furniture and light designs remain his most accessible work. As you will see on these pages, they have the same power and presence that Noguchi brought to his art. 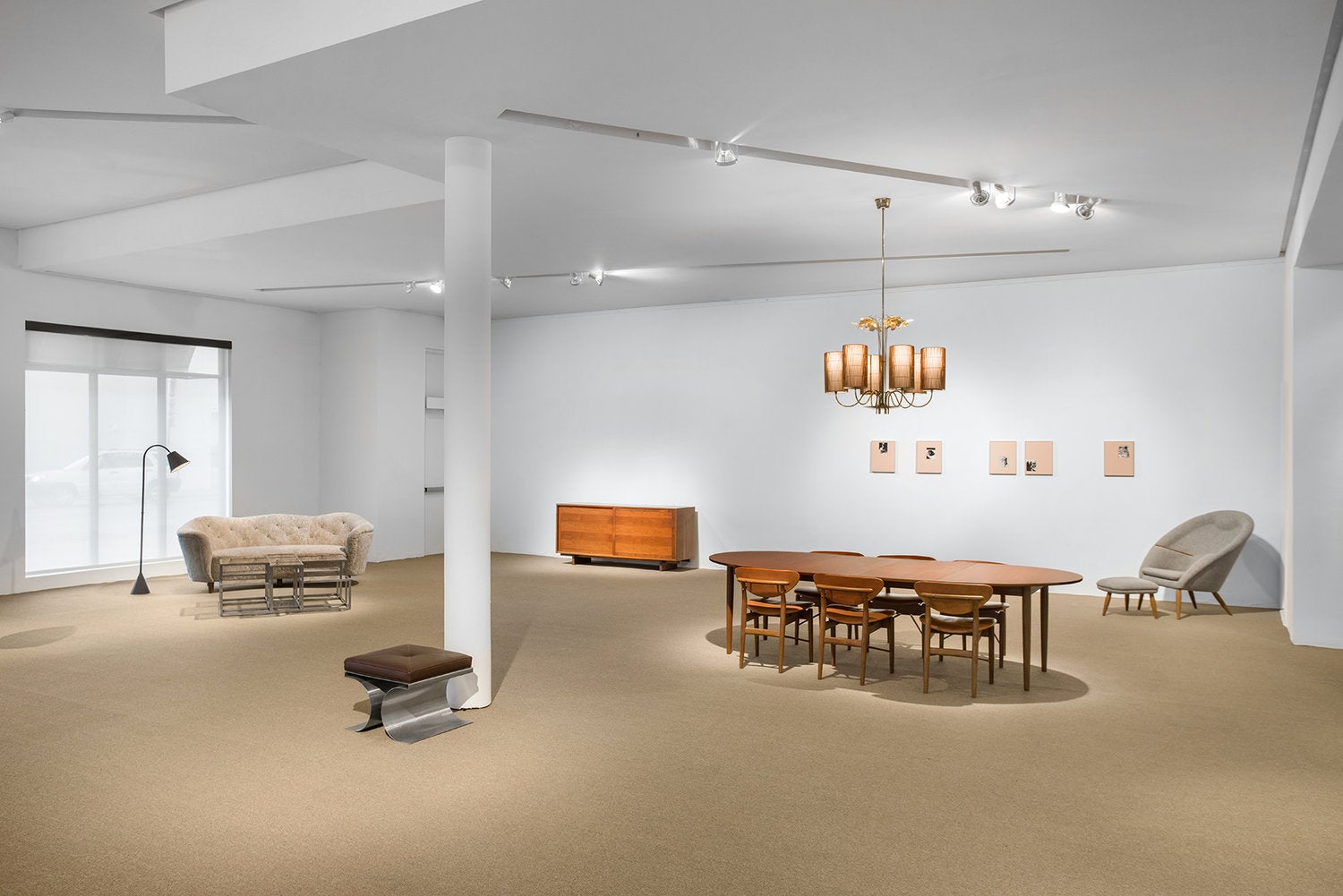 About the Seller
5 / 5
Located in West Palm Beach, FL
Platinum Seller
These expertly vetted sellers are 1stDibs' most experienced sellers and are rated highest by our customers.
Established in 2017
1stDibs seller since 2017
159 sales on 1stDibs
Typical response time: <1 hour
More From This Seller
View All From Seller

Isamu Noguchi Akari 10A floor lamp in Washi Paper and Bamboo by Ozeki
By Isamu Noguchi
Located in Amsterdam, NL
Akari light sculpture (Model 10A) by Isamu Noguchi handcrafted from traditional washi paper and bamboo. Each Akari Light Sculpture was meticulously crafted by hand in the Ozeki works...
Category