Adrien Broom is a storyteller. Rather than photographing the world as it is, the artist creates her realm and tells the stories she imagines. Broom’s work is deeply rooted in fairy tales and mythology, her vivid childhood imaginings focused through a sophisticated adult lens. In her most recent series, Broom travelled to Yorkshire’s 18th-century Wentworth Woodhouse, the largest private home in Britain. For two weeks, the artist and a small troupe of models and assistants worked in the lavish home’s labyrinthine rooms to create a series of magical images. In one, a lone woman stands in an empty room, her ethereal, glowing gown lit by 1100 LEDs that the artist sewed into the fabric. In others, fog drifts and settles indoors, conflating reality and dreams; light and atmosphere become characters as essential to the narrative as the human figure. Broom earned a BA in computer animation at Northeastern University, Boston, Massachusetts, studied fine arts in Italy, followed by fine and decorative art history at Christie’s in London. Her work has been shown in the US, the United Kingdom, Switzerland and Italy. It has been featured in The New York Times, Huffington Post and numerous other publications.

Adrien Broom
Tourtious and the hair, 2014 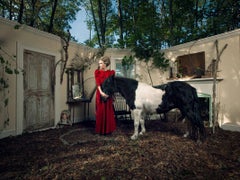 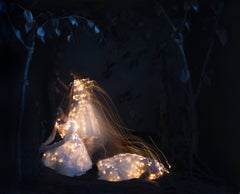 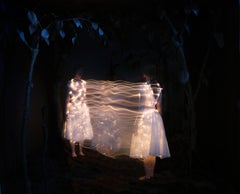 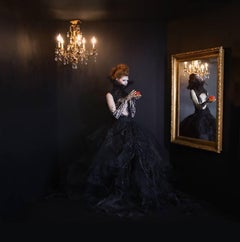 Waltzing on the tip on an iceberg
By Adrien Broom
Located in New York, NY
Category 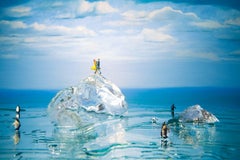 Adrien Broom
Waltzing on the tip on an iceberg, 2014 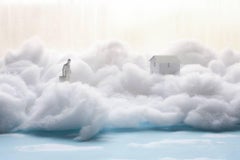 Waltzing on the tip on an iceberg
By Adrien Broom
Located in New York, NY
Category

Adrien Broom
Waltzing on the tip on an iceberg, 2014