Bruce Wrighton was born in Ithaca, New York, in 1950. He graduated from the University of Rochester and studied at the Visual Studies Workshop and lived and worked in Binghamton, New York, until his death in 1988 at the age of 38. His work can be found in major museums, corporate and private collections in the USA and Europe, including Goldman Sachs, Dow Jones, the Hall Family Foundation, the Getty Museum in Los Angeles, the Rijksmuseum in Amsterdam, and the Martin Margulies collection in Miami. His work has been exhibited at galleries in New York, Paris and Hamburg and in 2010 at the Museum für Fotografie Braunschweig and in 2013, at the Center for Photography at Lectoure, France. In 2016, the Centre George Pompidou acquired 12 of his prints for their collection. 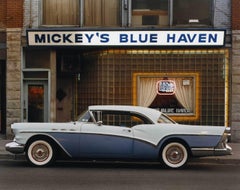 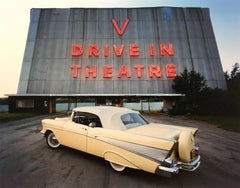 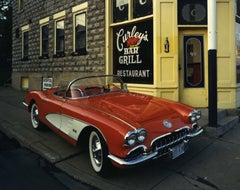 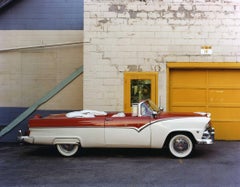 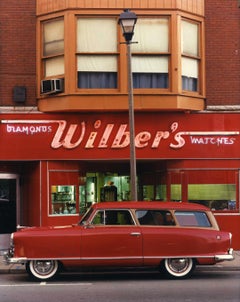 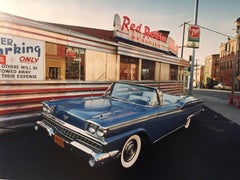 Bruce Wrighton
1955 Plymouth Belvedere, from the series "Dinosaurs and Dreamboats", 1988 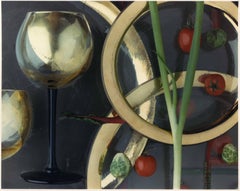 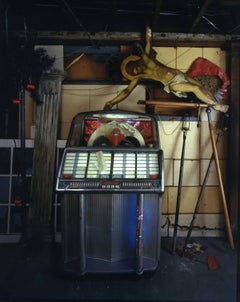