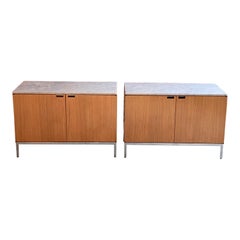 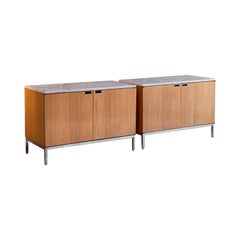 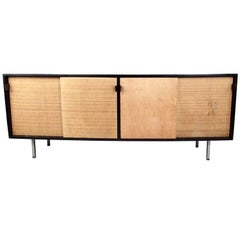 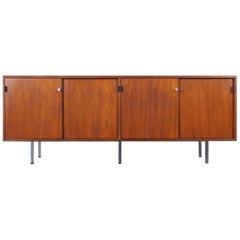 Florence Knoll Credenza in All Walnut 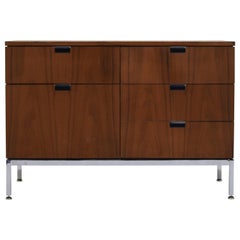 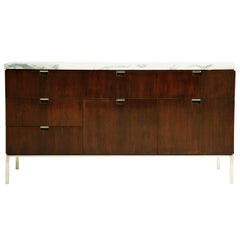 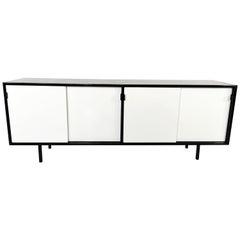 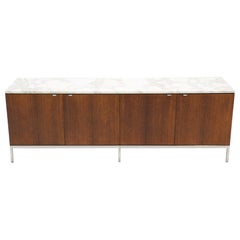 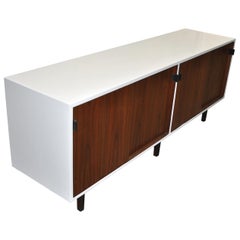 Oak Credenza with Marble Top by Florence Knoll for Knoll 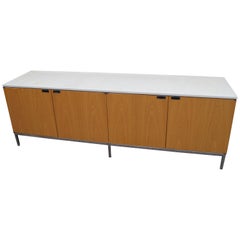 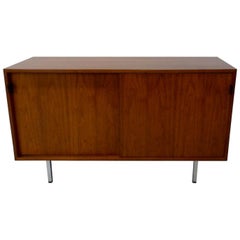 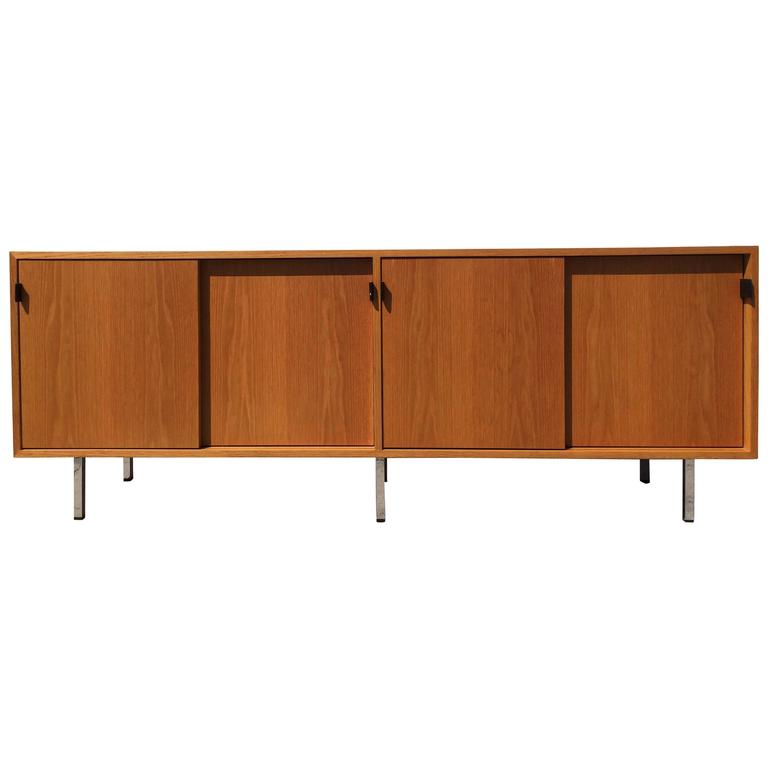 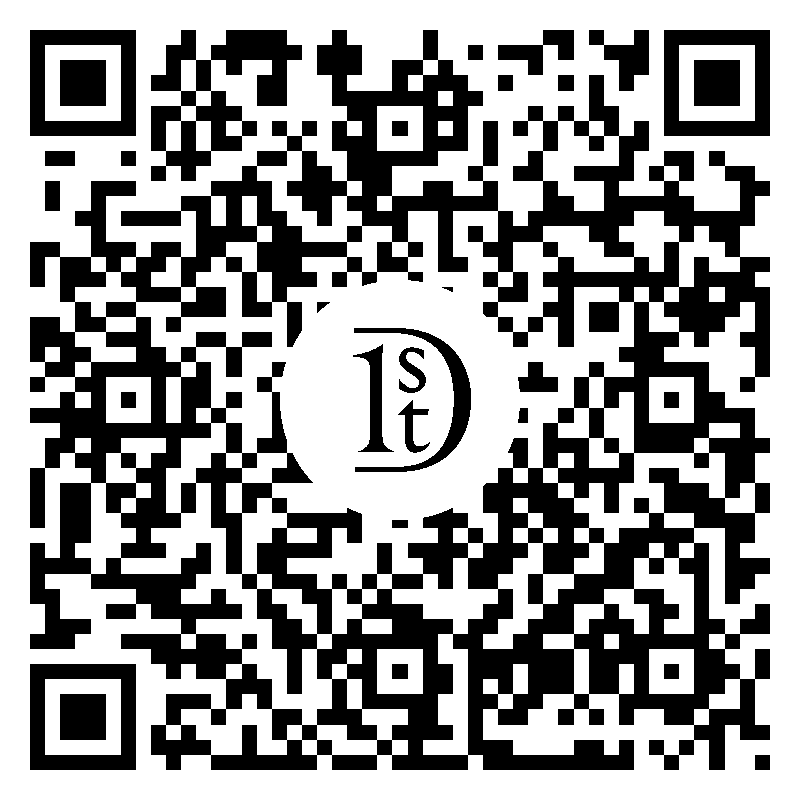 Architect, furniture designer, interior designer, entrepreneur — Florence Knoll had a subtle but profound influence on the course of mid-century American modernism. Dedicated to functionality and organization, and never flamboyant, Knoll shaped the ethos of the post-war business world with her polished, efficient design and skillfully realized office plans.

Knoll had perhaps the most thorough design education of any of her peers. Florence Schust was orphaned at age 12, and her guardian sent her to Kingswood, a girl’s boarding school that is part of the Cranbrook Educational Community in suburban Detroit. Her interest in design brought her to the attention of Eliel Saarinen, the Finnish architect and head of the Cranbrook Academy of Art. Saarinen and his wife took the talented child under their wing, and she became close to their son, the future architect Eero Saarinen. While a student at the Academy, Florence befriended artist-designer Harry Bertoia and Charles and Ray Eames. Later, she studied under three of the Bauhaus masters who emigrated to the United States. She worked as an apprentice in the Boston architectural offices of Walter Gropius and Marcel Breuer; Ludwig Mies van der Rohe taught her at the Illinois Institute of Technology.

Florence Knoll Credenza in All Walnut