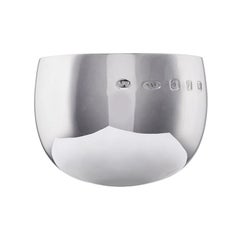 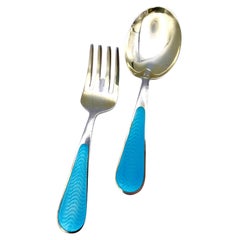 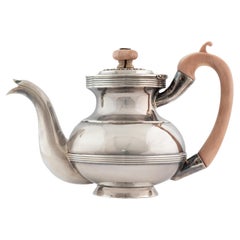 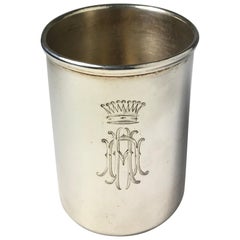 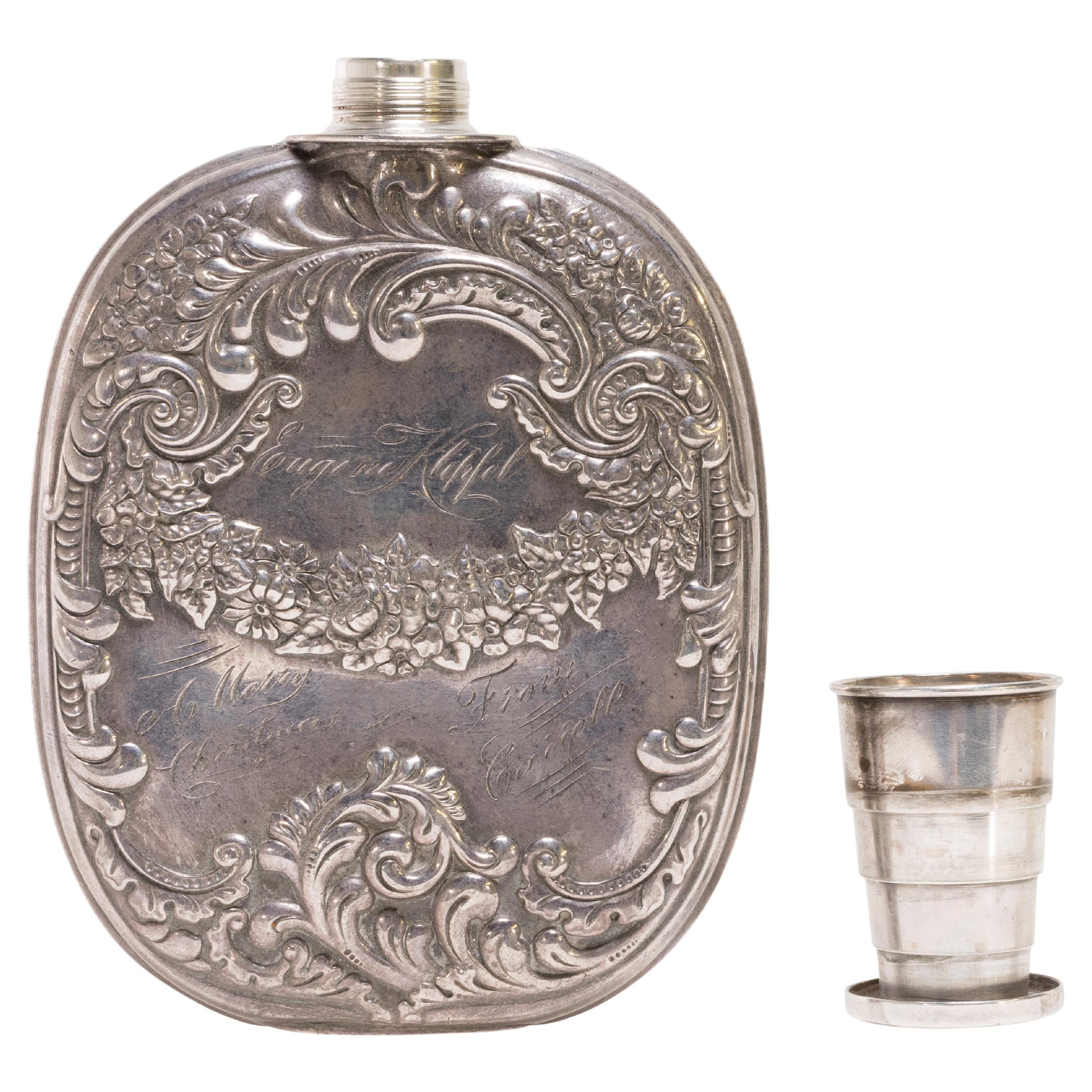 21st Century, Champagne Cover, Solid Pure Silver, Aquarium, Italy
By K-OVER
Located in Firenze, IT
This champagne cover belongs to the collection: works of art. The oeuvre was realized by a Florentine artist who wanted to reproduce a tropical aquarium. Indeed, he chiseled fishes, ...
Category

21st Century Serpent and Roses Solid Pure Italian Silver Champagne Cover
By K-OVER
Located in Firenze, IT
This Champagne K-Over is part of our Collection Work of Art. Completely created in pure Silver 999/°°, chiseled and engraved by hand by our Artist Lorenzo Foglia. The Artist blended ...
Category

Whiting Sterling Silver Small Bon Bon Spoon with Monogram
Located in Washington Depot, CT
Sterling silver bon bon spoon by Whiting Manufacturing Co in a floral pattern. Monogram appears to be S (on the top of the back of the handle) Beautiful piece from the Whiting Manu...
Category

21st Century, Champagne cover, Solid pure silver, American Dream, Italy
By K-OVER
Located in Firenze, IT
This champagne cover belongs to our collection “K-over Art”. Indeed, the artist transformed our pure silver 999/°° K-OVER into the United States Capitol. As you can see from the pict...
Category

Gorham Sterling Silver Plymouth Open Work Bowl with Monogram
By Gorham
Located in Washington Depot, CT
Sterling silver oval dish by Gorham in the Plymouth pattern with monogram, circa 1912. Monogram appears to be LC Gorham's Plymouth pattern is a simple and timeless design. This pie...
Category

Pitcher, Solid pure silver, Star dust, 2019, Italy
By K-OVER
Located in Firenze, IT
The K-over Pitcher is a good alternative to our traditional K-over. This product is thought to enrich our tables both in special occasions as well as in everyday life. This specific ...
Category

Amerigo Vespucci Sailing Ship 925 Silver
Located in Rome, IT
An exceptional and surprising reproduction of the beautifull 1925 Amerigo Vespucci sailing ship made entirely of 925 silver. An absolute work of art by the Italian master silversmit...
Category

21st Century, Wine Cover, Solid Pure Silver 999/°°, Sunlight, Italy
By K-OVER
Located in Firenze, IT
The value of this pure silver 999/°° K-OVER is based on on the innovative techniques that have been used in its production. As it can be clearly seen from the pictures, the surface o...
Category

While early utensils were often shaped from clay, wood or bone, silversmiths later crafted flatware from precious metal. In the 19th century, mass production of electroplated flatware made silver utensils accessible to the middle class. Now, antique and vintage silver, flatware and silver-plate objects for dining and the home are heritage pieces reflecting this history of design.

Silver spoons were so prized in 15th-century England that people would travel with the valuable utensils. Forks in the 17th century were frequently made with steel and likewise only available to the upper class. Silver flatware continued to be produced in small workshops in the 18th century and was a luxury reserved for the elite. When George I came to the throne in 1714, the silver dining service — including plates, dishes, soup tureens, chargers and sauceboats — became all-important.

Innovative manufacturing techniques such as the electroplating process in the 19th century would transform silversmithing with industrialization. Sheffield plate was used from 1750 to 1880 and involved a fusion method to fabricate everything from knife handles to serveware. French industrial chemist Henri de Ruolz discovered a gilding and silver-plating process for metals in 1841, with the silver-like results so celebrated that Napoleon III ordered a 3,000-piece flatware set. The expansion of table service in the Victorian era also led to an increasing number of flatware and serving pieces in a canteen, or cutlery chest, all with specific uses, from toast forks to butter picks.

While affordable metal flatware is widely available today, historic brands including Gorham Manufacturing Company — whose legendary contribution to the history of silver making started in 1831 — and Christofle continue the tradition of silver and silver-plate flatware.

Browse 1stDibs for both antique and contemporary silver, flatware and silver-plate objects in a range of elegant designs to enhance your dining table.