Born in Texas in 1955, Michael Roque Collins earned a BFA from the University of Houston in 1978 and MFA in painting from Southern Methodist University, Texas. Since the mid-1970s, he has directed the Lowell Collins School of Art in Houston. He has also held positions on the art faculties of several universities. Collins is a figurative expressionist painter who creates oil-on-linen and mixed-media paintings with thick paint and bold lines. Layering and slicing with his brush and palette knife, he has metaphorical and symbolic themes, especially those of regeneration and renewal. Collins acknowledges a variety of influences, including Max Beckmann, Charles E. Burchfield and the Hudson River School. Primitive art objects collected by his father gave him early exposure to strong and direct expressions of the supernatural within the natural environment of daily life. Though these influences were important to the developing foundations of his art, he strives for a distinctive style linked to his personal conception of light, value, color and lines and to ideas from dreams, revealing visions of the conscious and unconscious mind. 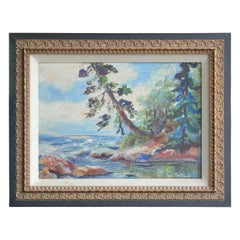 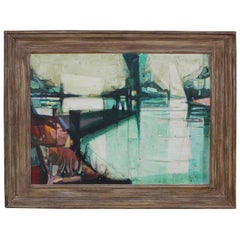