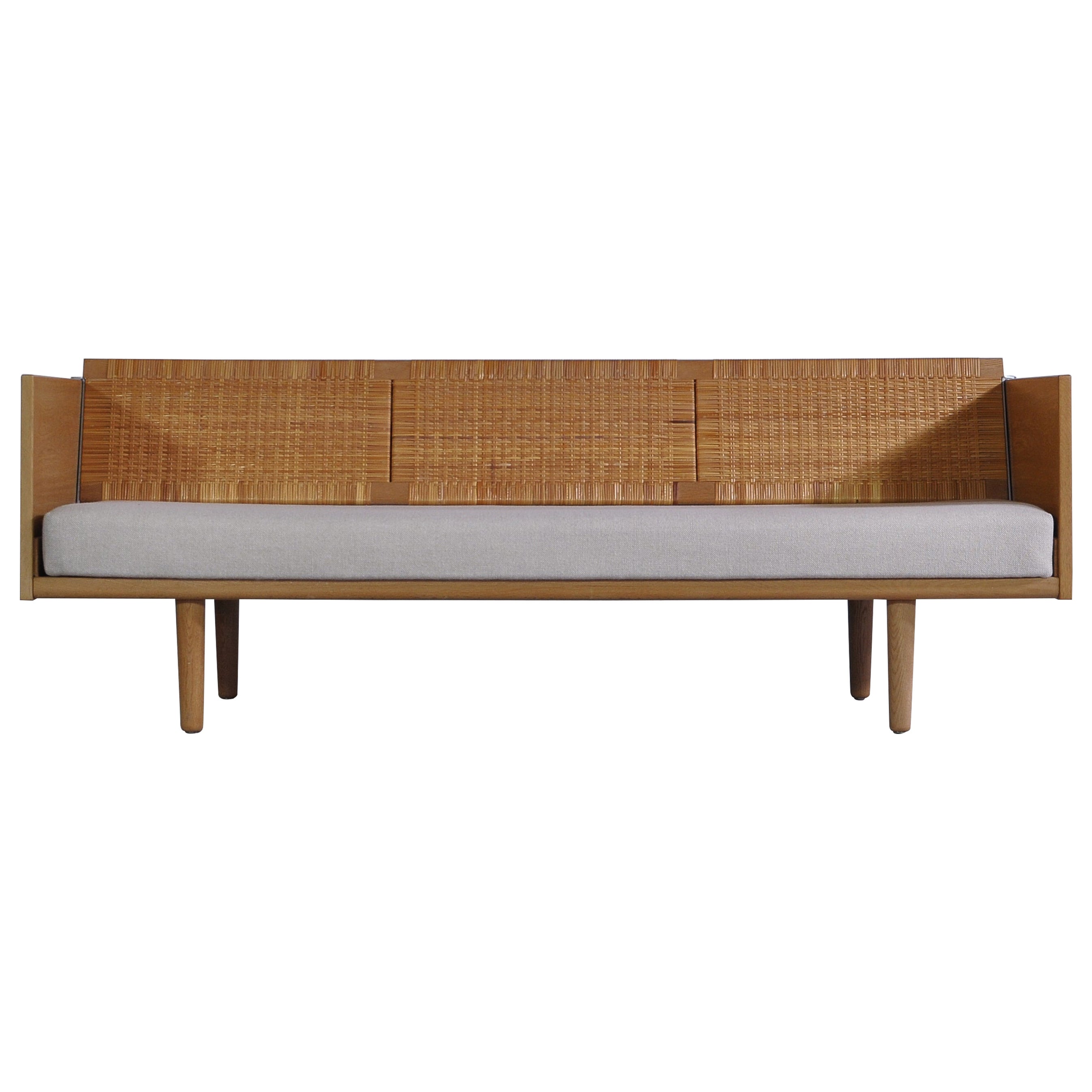 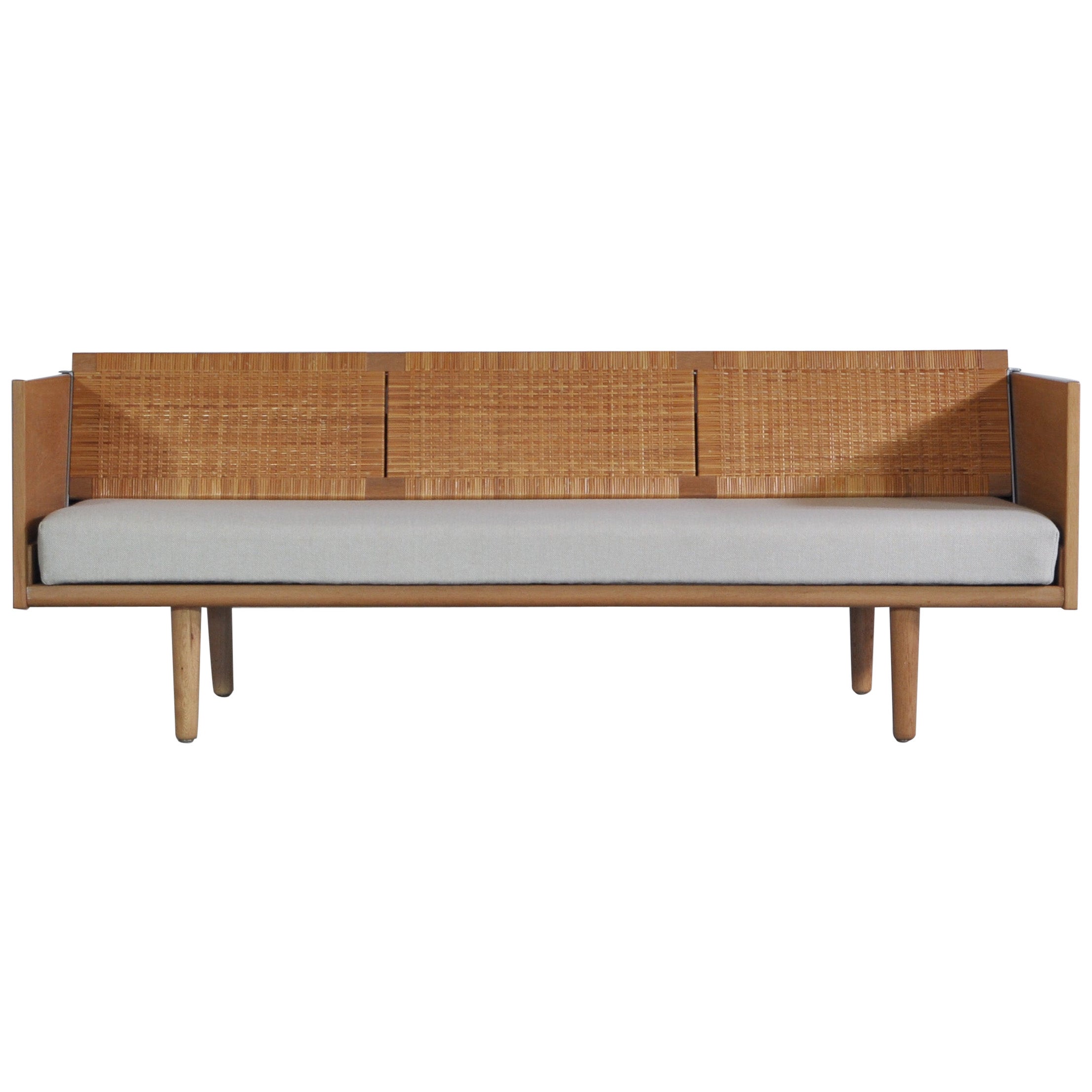 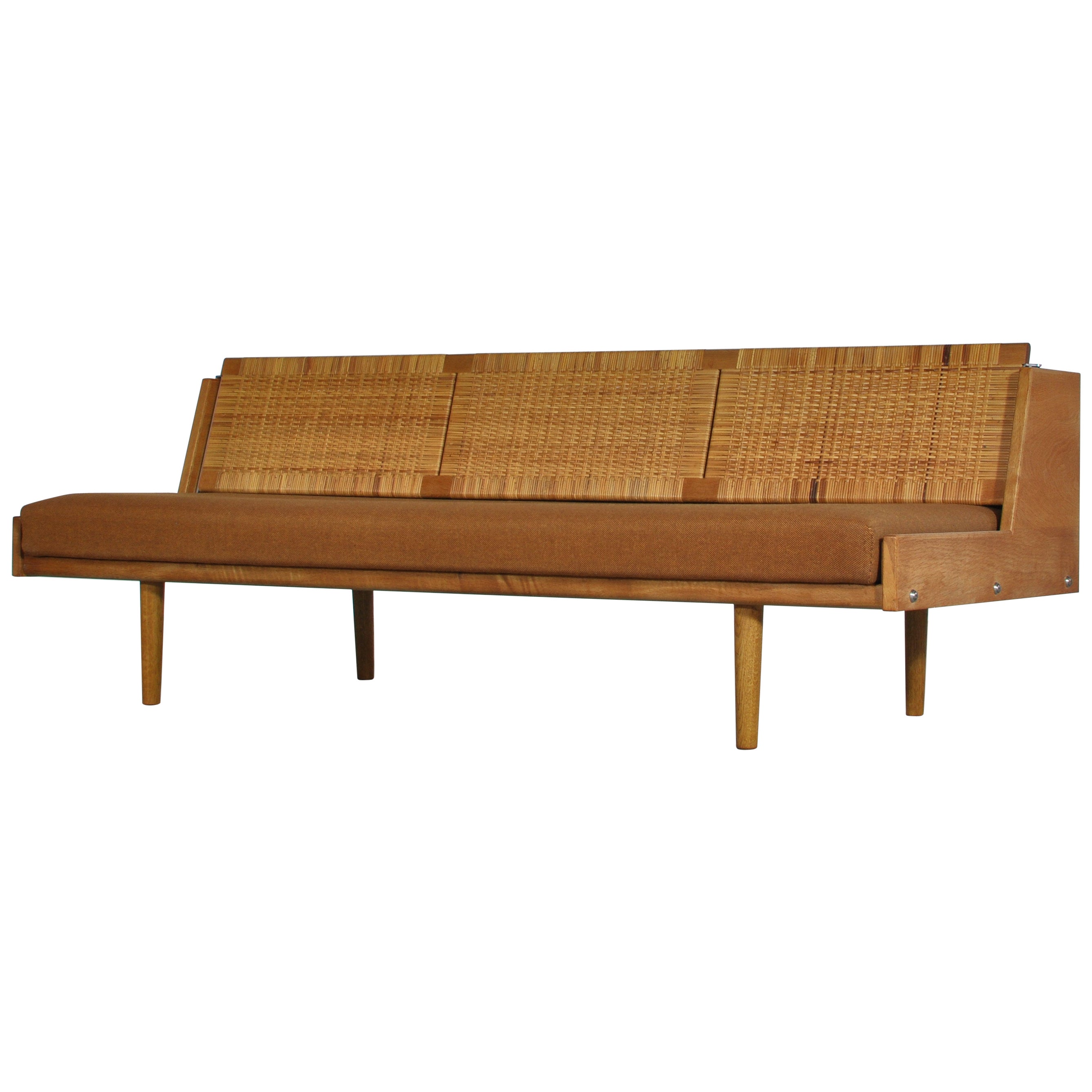 Oak and Rattan Daybed by Hans Wegner for GETAMA 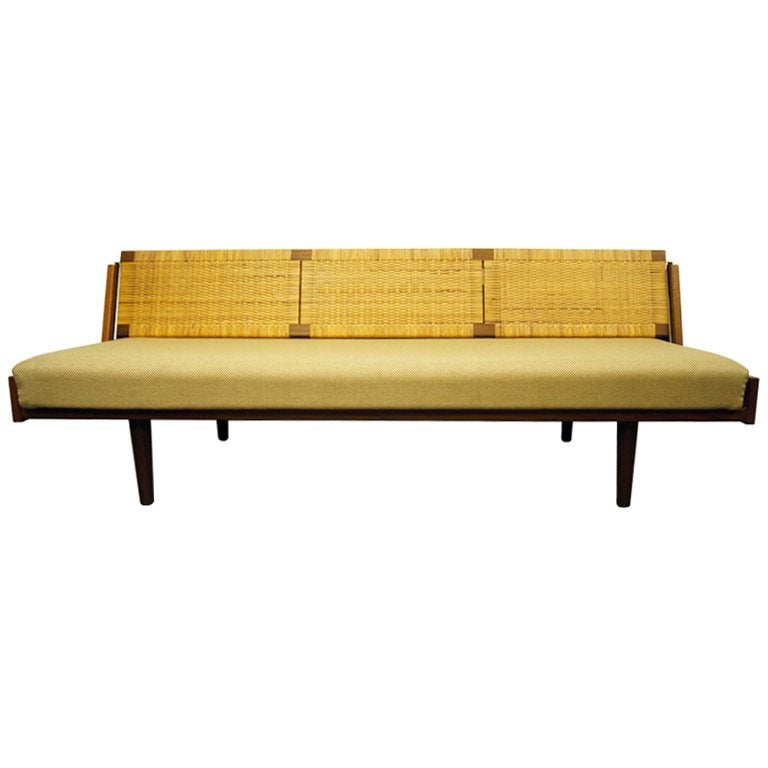 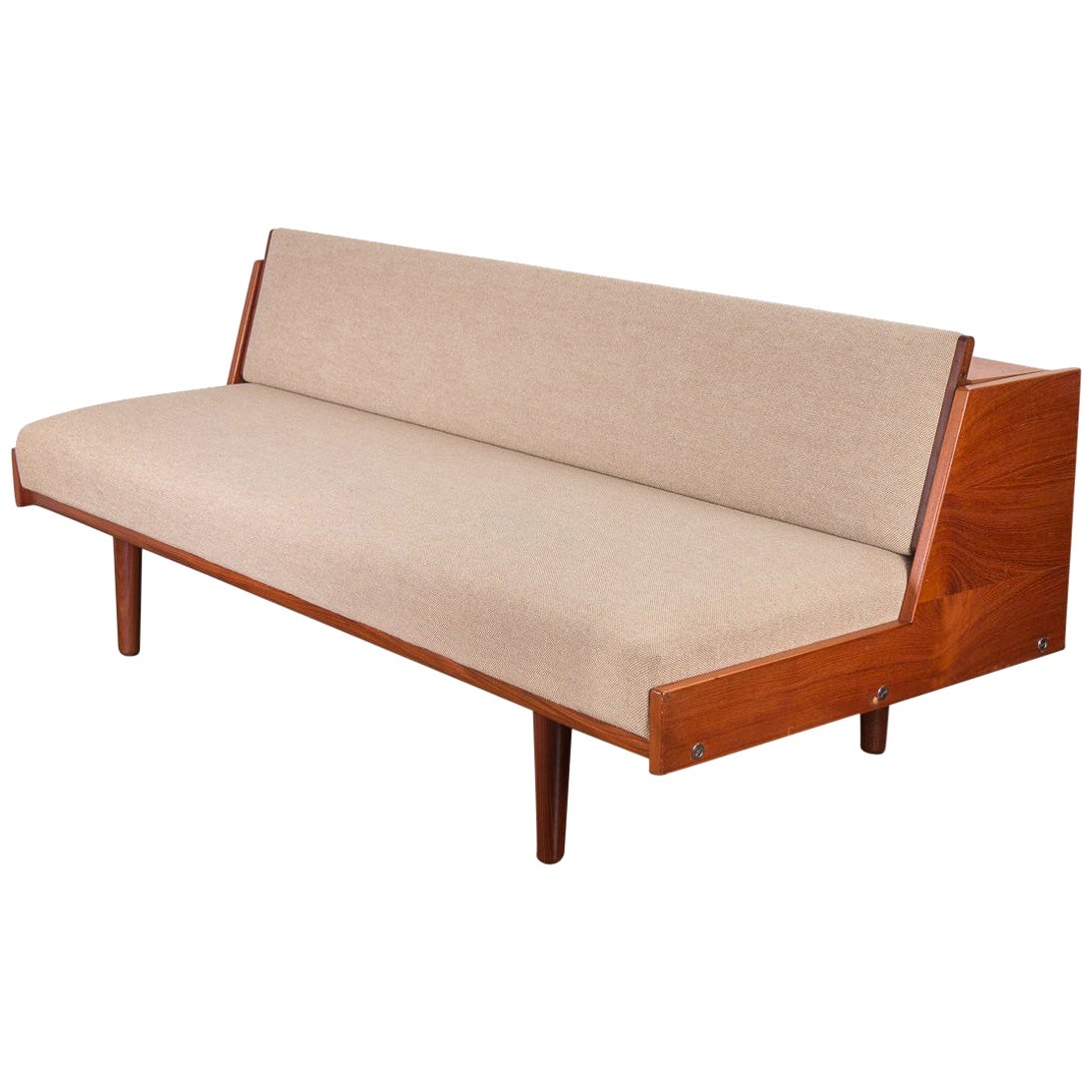 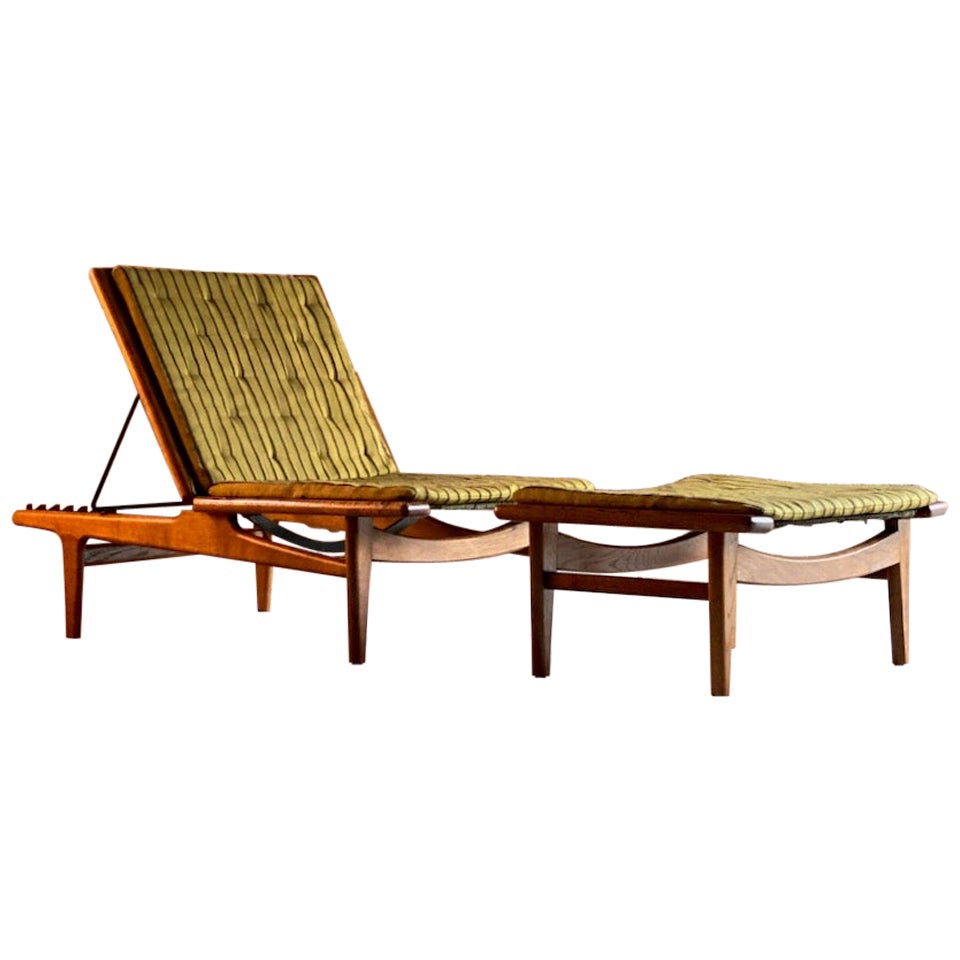 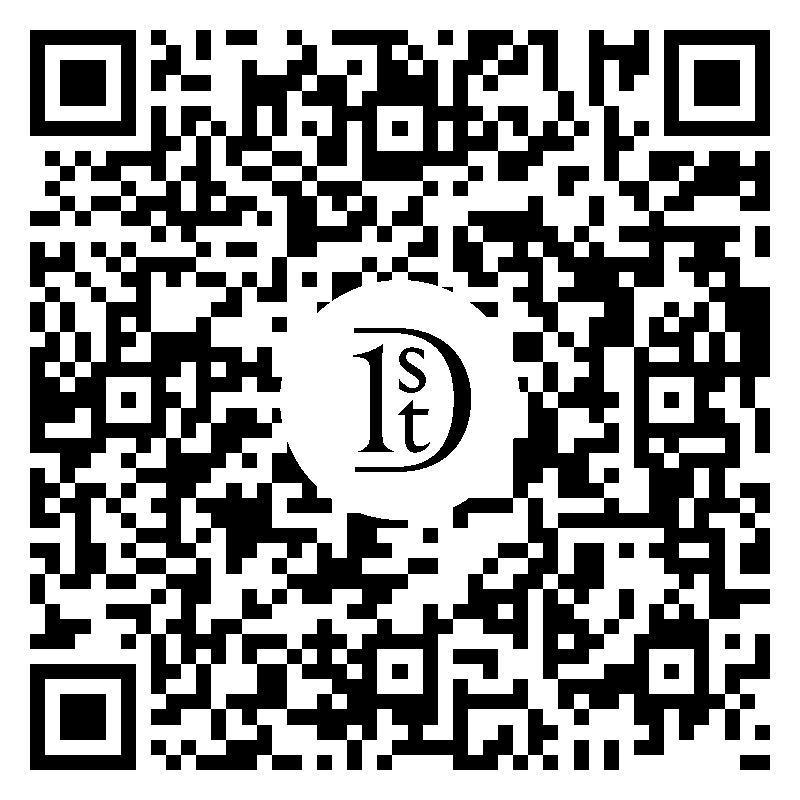 Designed by Hans Wegner for GETAMA this amazing convertible daybed / sofa features a beautifully patinated oak frame and woven cane / rattan back seat which reveals a hidden space for blankets, pillows etc. The model GE-7 was designed by Wegner in the early 1950s and is a rare find with the rattan back. Amazing vintage condition with few signs of wear to wood. Original spring cushion upholstered in white "Hallingdal" wool from Kvadrat, designed by Nanna Ditzel in 1965. Hallingdal is made of wool and viscose, which complement each other well: the wool provides excellent durability and flexibility, whilst the viscose adds brilliance and depth to the color. Stamped and marked by maker.


Wegner considered himself a carpenter first and a furniture designer second. Like his peers Arne Jacobsen and Finn Juhl, Wegner believed that striking aesthetics in furniture were based on a foundation of practicality: a chair must be comfortable and sturdy before it is chic.


In keeping with that tenet, several of Wegner’s best chair designs, seen in dealer listings below, have their roots in traditional seating forms. The Peacock chair (designed in 1947) is a throne-like adaptation of the Windsor chair; pieces from the China chair series (begun in 1944) as well as the 1949 Wishbone chair, with its distinctive Y-shaped back splat, are derived from 17th-century Ming seating pieces, as is the upholstered Ox chair (1960). Wegner’s comfy Papa Bear chair (1951) is an almost surreally re-scaled English wingback chair.


Wegner’s most representative piece, the Round chair (1949), gained a footnote in political history when it was used on the TV stage of the first Kennedy-Nixon debate of 1960. That chair, along with Wegner’s more bravura designs, for example the 1963 Shell chair, with its curved surfboard-shaped seat, bring a quietly sculptural presence to a room.  Wegner was a designer who revered his primary material — wood — and it shows. His wood gathers patina and character with age; every Hans Wegner piece testifies to the life it has led. 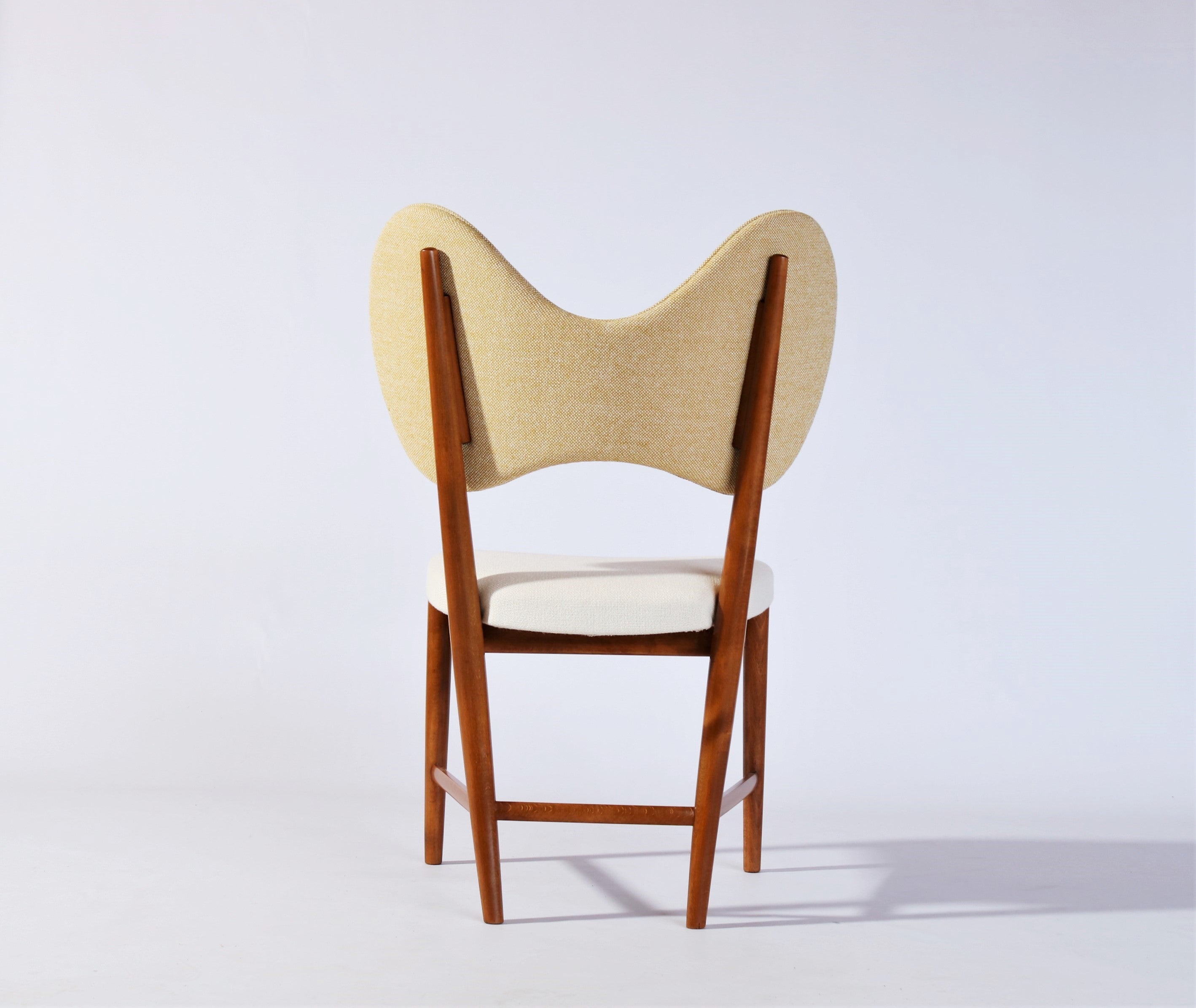 About the Seller
4.8 / 5
Located in Odense, Denmark
Platinum Seller
These expertly vetted sellers are 1stDibs' most experienced sellers and are rated highest by our customers.
Established in 2014
1stDibs seller since 2018
43 sales on 1stDibs
Typical response time: <1 hour
More From This Seller
View All From Seller

Oak and Rattan Daybed by Hans Wegner for GETAMA

Midcentury Daybed in Teak and Cane by Hans J. Wegner, Made in Denmark