Bruna Valls was born in Palafrugell, Spain, in 1989. She studied Fine Arts at the University of Barcelona, where she graduated with the specialty of painting. She then received a postgraduate’s degree in creative illustration from the University School of Design and Art EINA (Barcelona). Valls has illustrated several books from very different fields like advertising books, cookbooks, children's books and student books. In 2014, she exposed to the exhibition Spotlight on reading in the Bologna Children’s Book Fire, one of the referent events in the world for the illustration sector. That same year, she collaborated with Philip Stanton in the elaboration of the mural for the Mobile World Congress, in Barcelona. In 2015, Valls participated in the collective exhibitions September Song and Moments in Time in the Gateway Art Center (New York), and the Hipermerc’art by Moritz, an exhibition that organizes the Gallery Safia Art Contemporani since 1984 (Barcelona). In 2016, Valls was selected to expose to the Bologna illustrators exhibition, which has moved from Italy to the USA, Japan, Taiwan and China. She has also been chosen for the Ibero-American illustration catalog. This same year, Valls has made her two first solo exhibitions Bestieses and Animalades in the Theater and the Library of Palafrugell and she participated again at Hipermerc’art designing the poster of this edition of the exhibition. 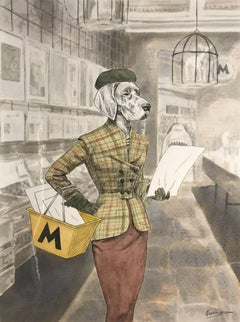 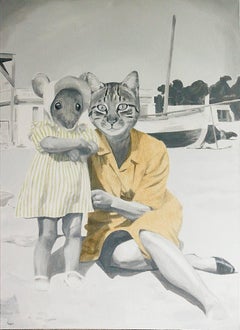 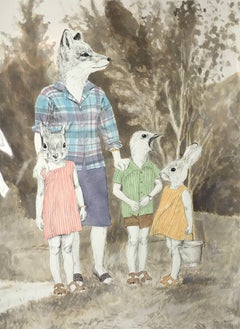 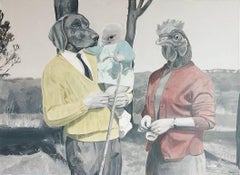