Charles Craig was born in 1846 on a farm in Morgan County, Ohio. He began painting as a boy, creating his palette from natural materials and canvases made from oil and flour treated cotton cloths. He was inspired by Western and Native American life. His paintings were characterized by detailed accuracy, gained from several years spent living with various tribes and carefully recording the details of their culture. At the age of 19, he traveled West by going up the Missouri River as far as Benton, Montana. For four years from 1865–69, he explored, sketched and lived with Indian tribes. It was during this time that he realized he needed to further his technical skills to record his experiences accurately. He returned to Ohio and set up a studio in Zanesville, where he painted portraits and sold them at $75.00 each to earn enough money to finance his art education. Craig studied for a year in Philadelphia at the Pennsylvania Academy of Fine Arts, where Peter Moran, brother of Thomas Moran and a painter of Native Americans, was influential as one of his teachers. In 1881, at the urging of his friend, Jack Howland, Craig headed West permanently, stopping first in Taos, New Mexico, where he became the first Western artist to paint in Taos.

Craig settled in Colorado Springs for the next 50 years, the earliest resident artist in the resort community, and one of the longest to have an active career there. He set up a studio in the building of Howbert’s Opera House. He supplemented his income by giving art lessons and made regular visits to the Ute reservation in Southwestern Colorado. Charles Craig’s paintings were noted for their detailed accuracy, although many of his later works displayed Barbizon influence of Tonalism. He was the state’s first academically trained resident artist, and his paintings reflected many aspects of his region, including the Ute Indians. His friends used to call him “Pink Face Charlie” because his disposition and his paintings were invariably cheerful and sunny. He exhibited regularly in the Antlers Hotel of Colorado Springs, but a fire there in 1895 destroyed many of his work. Craig died in Colorado Springs in 1931. 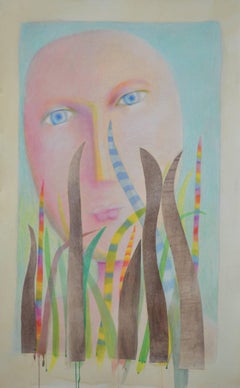 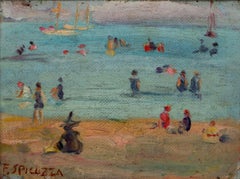 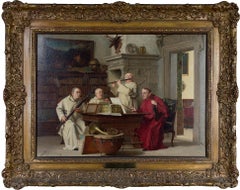