Giorgio Griffa was born in Turin in 1936 and he started to paint as a child under the guidance of traditional painters. In 1958, he graduated in law and started to work as a lawyer. In 1960, feeling the need for a new period of artistic training, he enrolled in the private school of Filippo Scroppo, an abstract artist from Turin who has been a member of the Movimento per l'Arte Concreta (MAC). For three years, he attended the lessons, although the works he produced in that period were all in a figurative style. In the following years, he proceeded to progressively reduce the representative elements, without adopting a truly abstract style, until he produced non-representational works, the cycle entitled Quasi dipinto (Quasi Painting). In this cycle, he made the choice of unfinishedness that was to become a constant feature of his work. He displayed these works in 1968 at the Galleria Martano in Turin. In 1969, he started to exhibit with the Galleria Sperone, also in Turin, in 1970, he had shows at Ileana Sonnabend's galleries in New York and Paris. It was in that period that he associated with exponents of Arte Povera, whom he recalled on the occasion of his exhibition in 2000 at the Galleria Salzano in Turin as follows, "The intelligence of the material wasn't used as a tool for new syntheses of form - which, however, inevitable - but it became the protagonist of the work, with the artist's hand at its service. Similarly, since I'm convinced of the intelligence of painting, I put my hand at the service of the colors that encountered the canvas, limiting my involvement to the simple gesture of placing the brush.”

For about two years, from 1973–75, Griffa painted almost exclusively horizontal lines: these consisted of a continuous line that was repeated - that is, by a series of brushstrokes placed one next to each other horizontally. In the following years, a series of different signs started to coexist on the canvas. He started the cycle that he called Connessioni o Contaminazioni (Connections or Contaminations), a modified version of the previous cycle entitled Segni primari (Primary Signs). This was the period in which Griffa's reflections of a Minimalist nature paved the way for new thoughts on painting and sculpture's remarkable story of memory. In reality, Griffa wasn't a Minimalist and Paolo Fossati has clarified the difference between Griffa's work and Minimalism, but this was the climate. So in 1979, he painted a triptych, not by chance entitled Riflessione (Reflection), consisting of three large canvases dedicated to Matisse, Kleee and Yves Klein respectively. This triptych, displayed in 1980 at the Galleria Martano in Turin (and then at Lorenzelli Arte in Milan), constituted the first step towards another cycle, which was eventually entitled (in 2000) Alter Ego. In this, each work was dedicated to artists of every era. With long pauses, this cycle continued for 30 years.

In the 1980s, there was a notable development of the cycle entitled Contaminazioni. The signs were often accompanied by areas of the color of varying sizes, creating an indeterminate account amidst the memories of painting. At the beginning of the 1990s, Griffa started the cycle Tre linee con arabesco (Three Lines with Arabesque) in which each work, whether it is on canvas, a drawing, a watercolor or an engraving, contains - among the other signs - three lines and an arabesque. These works are numbered in the order in which they are executed: the most recent is number 1,661. The numbering is intended to establish the position of the individual work within the series and, at the same time, to remind us of the fact that they belong to this series. Later in the 1990s, Griffa started another cycle in which he made use of numbers. This was the cycle entitled Numerazioni (Numbering). Here, in each picture, the numbers indicate the order in which various signs and colors composing it were applied. The numbers are intended, on one hand, to underline the order in which the pictorial event takes place and, on the other hand, the development of this event, with one sign after another in both time and space. It should, however, be noted that there is no possibility of development or progress from one cycle to another, but there is merely the presence of different aspects of coming into being. Thus, rather than following one another, the cycles overlap, intersect and coexist next to each other, perhaps remaining suspended for years and then started again.

The cycles Griffa has produced in the 2000s confirm this aspect: in fact, their origin dates back to 20 years previously, at the end of the 1970s. The cycle Alter Ego, with its reference to other artists, such as Piero Della Francesca, Tintoretto, Josef Beuys or Mario Merz, originated from the triptych of 1979 entitled Riflessione (Reflection), passed through various works of the 1980s and 1990s and clarified its identity with a group of works in the 2000s. In its turn, the cycle Sezione Aurea (Gloden Section), which regards this endless irrational number characterizing its mathematical aspect, avails itself of the transparencies of the tarlatan canvas that were already a feature of Griffa's great work Dionisio (Dionysus) of 1980, which was exhibited at the Venice Biennale in the same year. Between 2009 and 2010, Griffa had his solo shows at the Museum of Baotou (Baotou, Inner Mongolia), at the BaGuaShan Art Gallery (Taiwan) and the Gehua Art Gallery (Pechino). The Museum of Contemporary Art in Rome (MACRO) organized his exhibition from February 12th, 2011 to March 13th, 2011 accompanied by a catalog, Giorgio Griffa, Golden Ratio, curated by Luca Massimo Barbero, MACRO, Marsilio Editori, 2011.

Untitled - Original Acrylic on Fabric - 1987
By Giorgio Griffa
Located in Roma, IT
Hand signed and dated overleaf: "giorgio griffa 87". Acrylic on canvas. With certificate of authenticity by the Artist. Giorgio Griffa was born in Turin in 1936; he started to pain...
Category

Untitled - Original Acrylic on Fabric by G. Griffa - 1989
By Giorgio Griffa
Located in Roma, IT
Hand signed and dated overleaf: "griffa 1989". Includes certificate of authenticity by the artist. Giorgio Griffa was born in Turin in 1936; he started to paint as a child under the...
Category

Untitled - Original Acrylic on Canva by G. Griffa - 2006
By Giorgio Griffa
Located in Roma, IT
Hand signed and dated: "giorgio griffa 2006". Includes certificate of authenticity by the artist. Giorgio Griffa was born in Turin in 1936; he started to paint as a child under the ...
Category 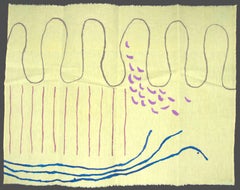 Blu Forte
By Giorgio Griffa
Located in Roma, IT
Category

Verde Sotto
By Giorgio Griffa
Located in Roma, IT
Category

Mosso
By Giorgio Griffa
Located in Roma, IT
Category

Untitled
By Giorgio Griffa
Located in Roma, IT
Category 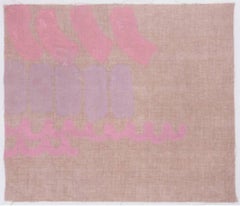 Mosso
By Giorgio Griffa
Located in Roma, IT
Category

Verde Sotto
By Giorgio Griffa
Located in Roma, IT
Category

Untitled
By Giorgio Griffa
Located in Roma, IT
Category