Juan Bonafé was born on May 21, 1901. His father, whose name was the same, was a Murcian actor. He moved to Madrid when he was 7 and thereafter performed numerous visits to the house his family had in La Alberca. In 1917, he enrolled at the Academy of Fine Arts of San Fernando. There he is taught by Julio Romero de Torres, who had a penchant for Bonafé and Sorolla. Contact fellow of the Academy as Ramón Gaya and Eduardo Vicente. From his 20s onward, Bonafé associated with writers of the Generation of '27, Pedro Salinas, Jorge Guillén, Federico García Lorca and Luis Cernuda, and other contemporary writers like Juan Ramón Jiménez. In addition to his association with Murcia regional artists: Pedro Flores, Ramón Gaya, Luis Garay and Joaquín, Bonafé also collaborated with the magazine Verse and Prose. In 1927, he exhibited his work in the 1st Surrealist Exhibition held in Madrid. In 1931, Ambulante created for the Museum of the Educational Missions, along with Gaya and Eduardo Vicente, copies of the most important paintings of Spanish painting that sought to reach all the peoples of Spain. Bonafé and Ramón Gaya in La Alberca Exhibitions abroad in 1934–35, he made a collective exhibition in Berlin and Copenhagen with the Society of Iberian Artists. In 1937, among the representatives of the Spain Pavilion at the Exhibition of Arts and Techniques in Paris. Shortly after he was appointed President of the National Trade Union Association of Fine Arts. After the Civil War, he was forced into exile in France because of its active relations with politics. He taught in Bordeaux and Toulouse drawing and performed various exhibitions. In 1948, he returned to Spain and fixed two years later, his residence in the house that had belonged to his grandfather in La Alberca. During his stay in Murcia, he maintained a very close relationship with Ramón Gaya. Big fan of reading Balzac and Montaigne, in 1960 received the Award Villacís Council of Murcia with the work 'El Valle'. He died in Palmas in 1969. Search terms: Peruvian artist; Peru: Post-impressionist artist: Montauban France landscape painting. 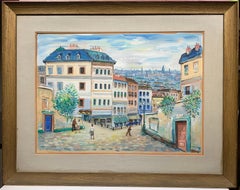 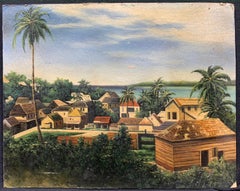