Roger Budney, the second son of Dr. and Mrs. Michael L. Budney, was born in 1945, in Camden, New Jersey. Reared in an artistic environment, he displayed skill in drawing and painting at an early age. The family moved to Regensburg, Germany, in 1954, and his parents encouraged him to draw and paint the surrounding landscape. The uniqueness of the scenery in Europe has been a major influence in his painting style since that time. In 1957, the family moved to California. Roger graduated from the University of California at Santa Barbara in 1973 with a bachelor of arts degree in fine art and a major in studio painting. Upon graduation, he embarked on a grand tour of the world, visiting 45 countries, sketching and painting.

When Roger returned to the United States, he worked for several years in a sculpture studio in New Jersey. Wanting to live in an area of natural scenic beauty, he returned to California, where he met and married his English wife, Barbara, who encouraged him to continue painting. He currently resides on the Monterey Peninsula, where he paints the mountains and valleys of the local landscape or the ocean waves along the coast and down through Big Sur. Although he has worked in various media, he now prefers working in oils in the tradition of the Old Masters. Realizing that light is a crucial element in this style of painting, Roger's work reveals an understanding and ability to use it with an unusual effect. Often he spends hours on just a small portion of the canvas. 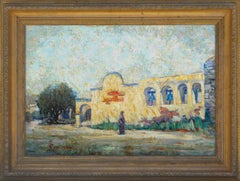 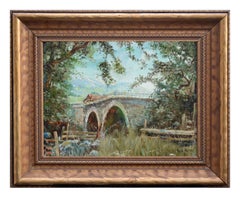