By the late 1980s, Stephen Brophy was shifting away from the vivid, intensely colored paintings of houses, barnes and landscapes that consumed the prior 20 years of a 40-year career as a self-taught artist. In the five years of painting represented in this show, viewers can see this transition, as he became increasingly consumed by the possibilities of abstraction. His paintings moved in two directions at once. One, a more gestural form of abstraction, is seen in the robust black-and-white and black-and-red paintings. The other, a cooler, more reductivist geometry, sometimes references the structures of his earlier work, as in Barn. He would go on to paint many more, less referential works and big striped canvases, compositions with bars or bird-like forms floating over pyramids, or arcs of pure color. In all these works, Brophy shows his natural gifts as an abstract artist, one who was particularly courageous in his use of color and ambitious in a restless search for meaning and possibility in his life, as well as in his art. 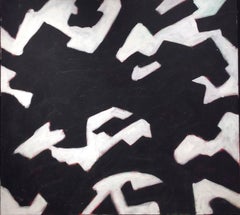 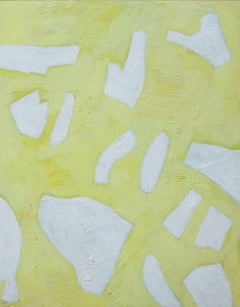 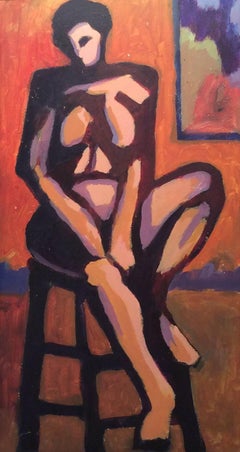