Belliniano, also known as Vittore di Matteo, was a pupil of the Venetian master Gentile Bellini and also came under the influence of another great early 16th Venetian, Giorgione. On Gentile's death in 1507, Vittore inherited his shop and the associated commissions and began a prestigious career, sometimes working together with Gentile's famous brother Giovanni. It was a highly skillful and artistically influential school of Renaissance painting, a style represented in the greatest of the world's national galleries and one that was to lead directly to the work of such Venetian masters as Titian and Tintoretto. Vittore also took on major public works such as the majestic Martyrdom of St Mark in the Scuola Grande di San Marco in Venice in 1526. Bernard Berenson, who recorded his work in his Italian Pictures of the Renaissance, Venetian School, was one of the greatest of 20th century art historians. His famous villa near Florence, Villa I Tatti, visited by so many of the great collectors of the age and mentioned in so many memoirs, is now the Harvard University Center for Italian Renaissance. 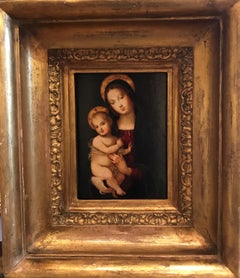 Lo Spagna
Madonna and Child, circa 1510 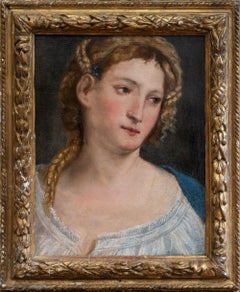 18th C. Portrait of the 4th Earl of Sandwich a View of Constantinople Beyond
Located in London, GB
Category

Attributed to George Knapton
18th C. Portrait of the 4th Earl of Sandwich a View of Constantinople Beyond, circa 1739-1740

17th Century French Oil Painting Portrait of a Man , circa 1680

17th Century Portrait of King Charles II when a Baby, circa 1630

Exquisite 16th Century Oil painting Portrait of a Nobleman in Armour , circa 1560