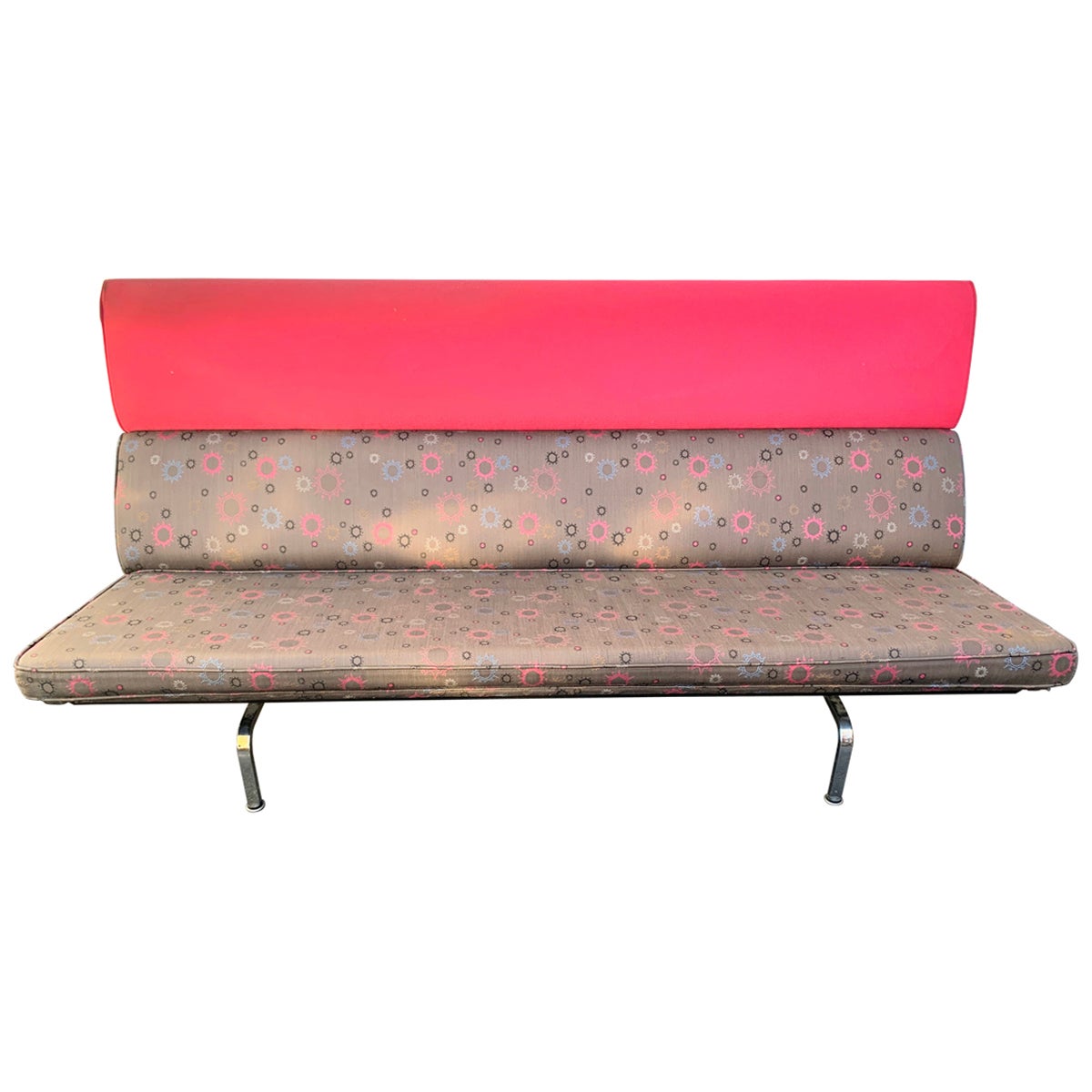 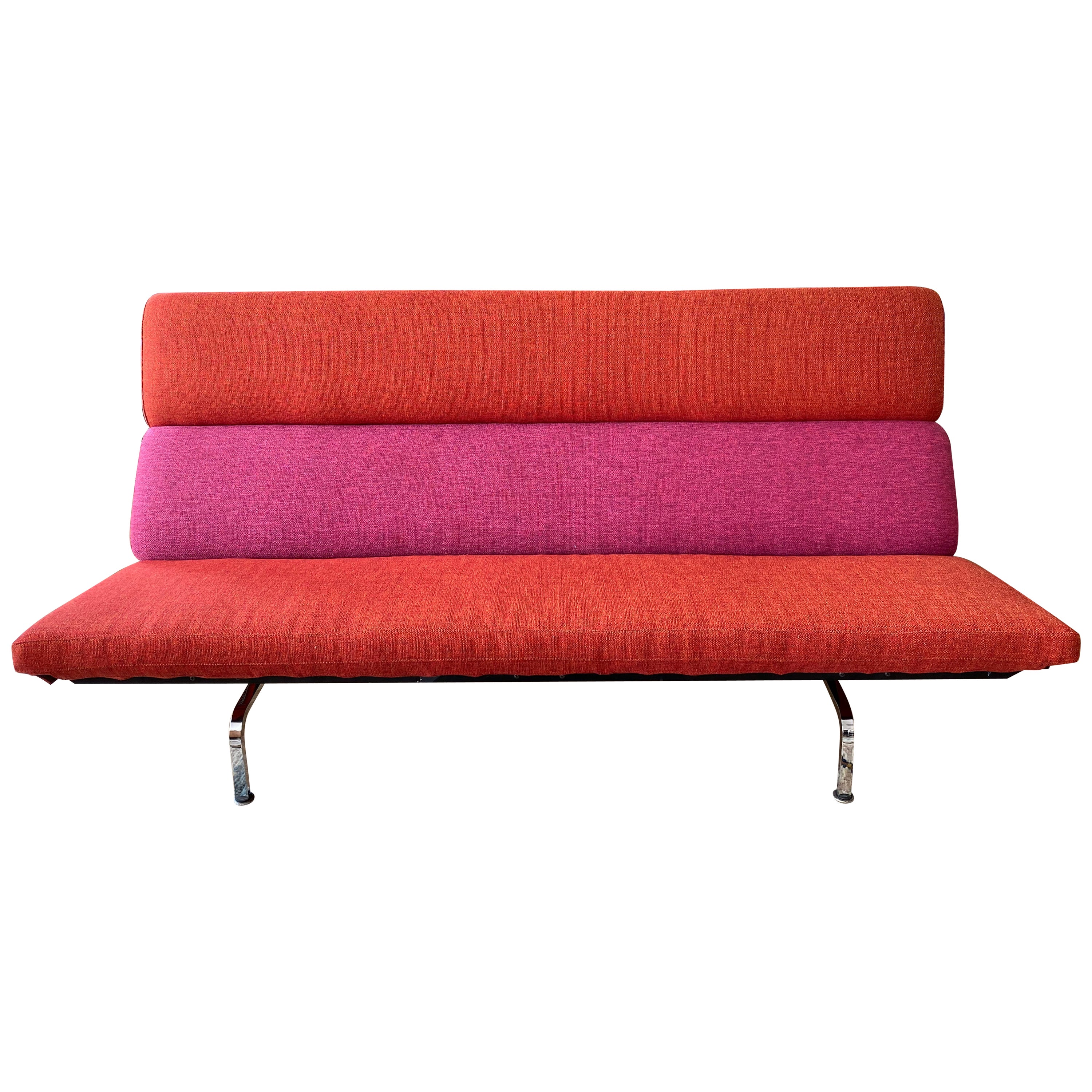 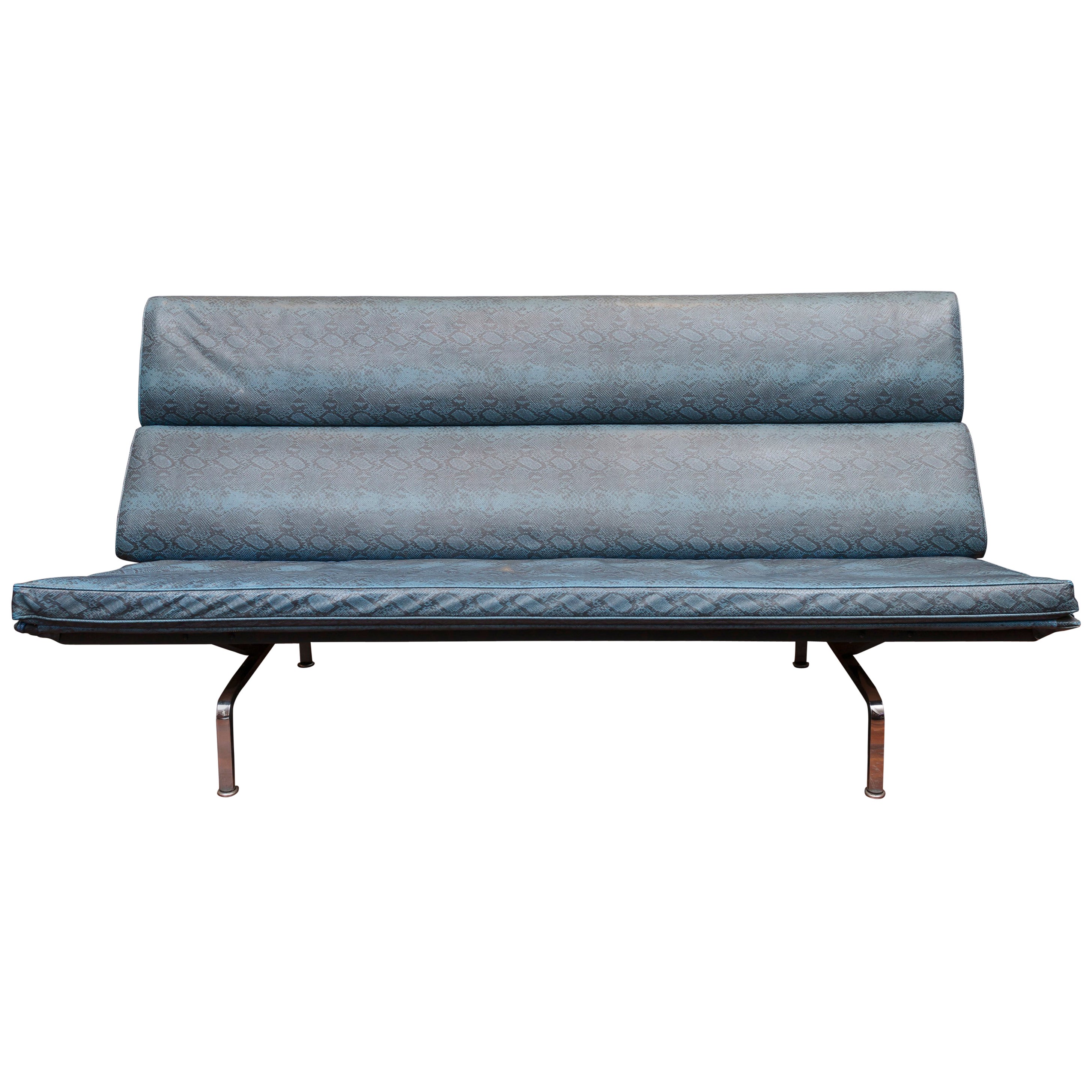 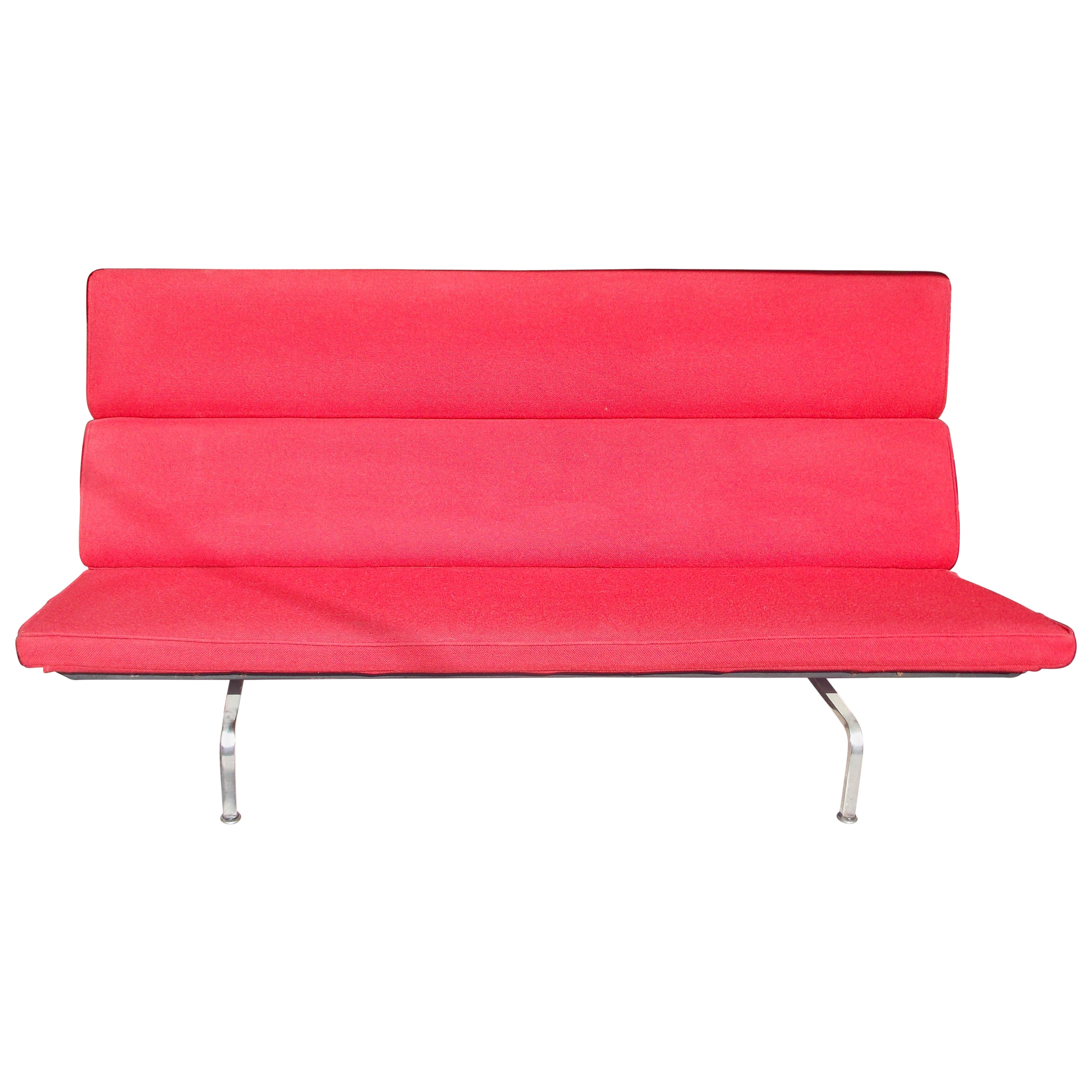 Sofa Model 3473 by Charles and Ray Eames for Herman Miller 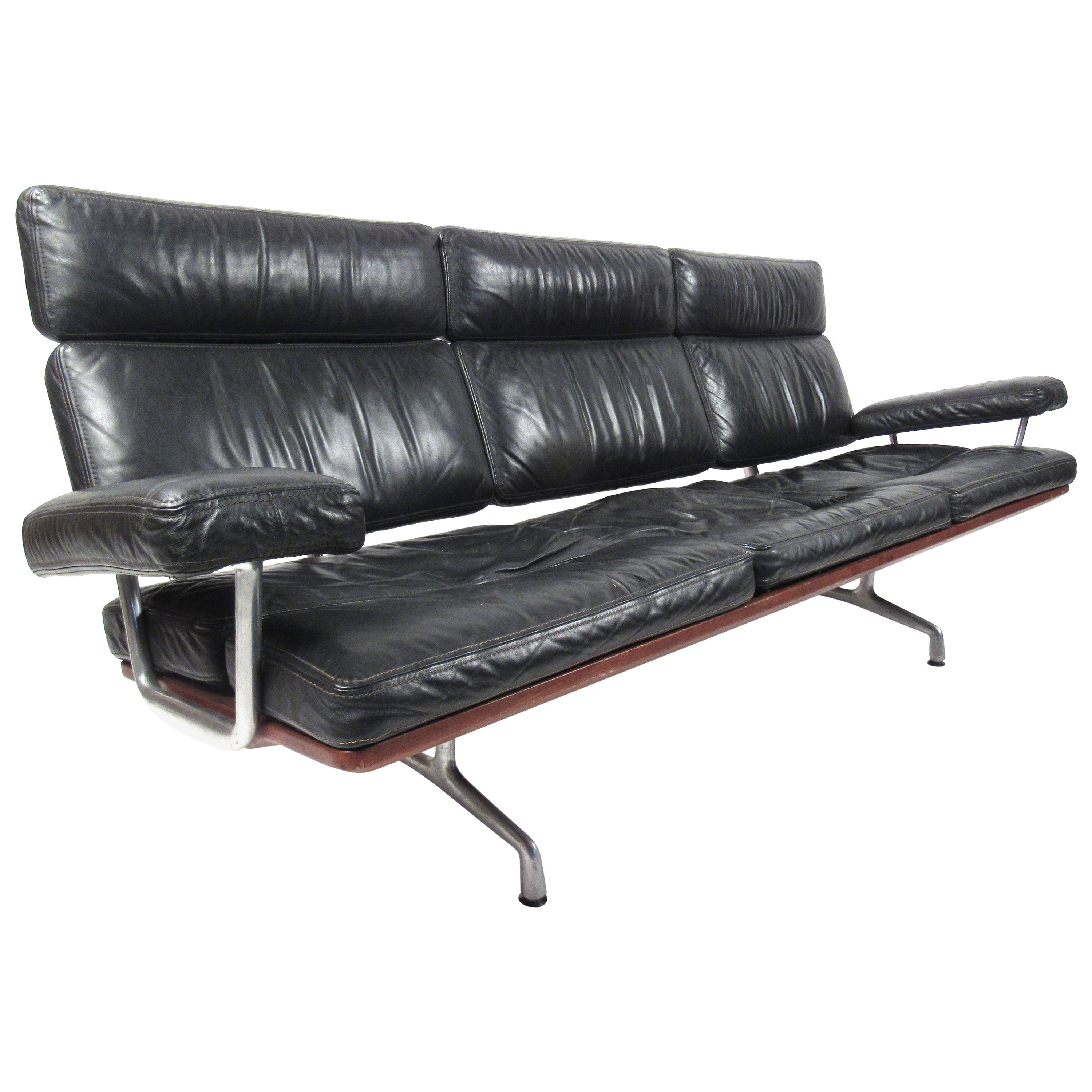 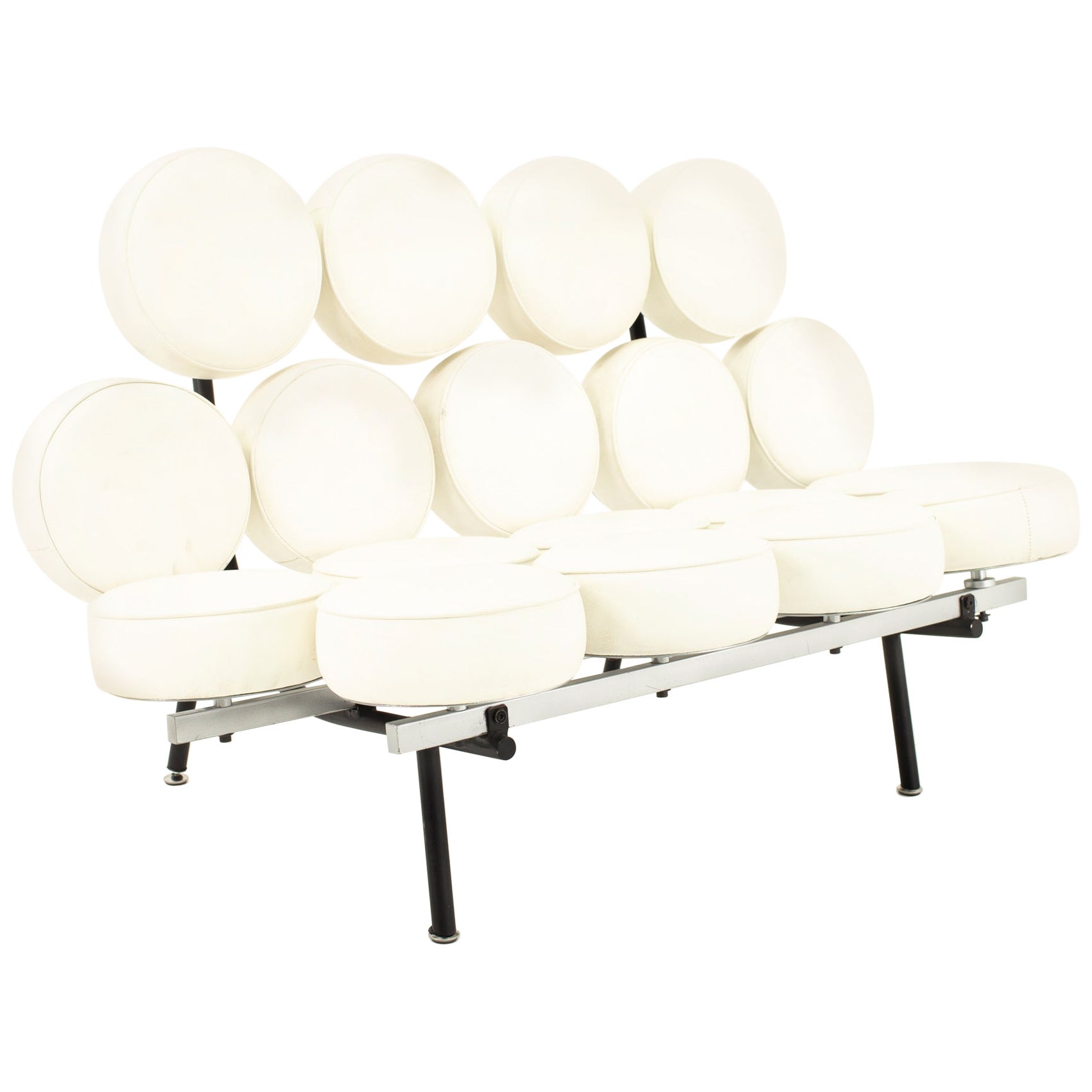 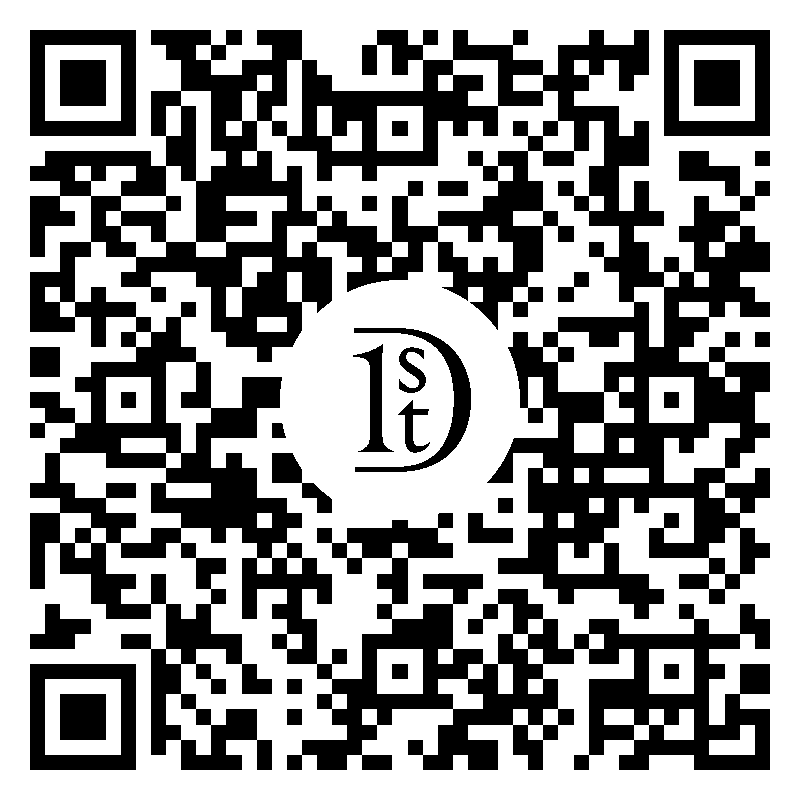 The signed, iconic, clean-lined sofa design by Charles and Ray Eames upholstered in a wonderful whimsical fabric. This piece comes from the Avon Corporation headquarters in Rye, NY.


Founded in 1923, Herman Miller was originally known for grand historicist bedroom suites: heavily ornamented wood furniture that appealed to a high-minded, wealthier clientele. The company — named for its chief financial backer — began to suffer in the early 1930s as the Great Depression hit, and D.J. De Pree, the company’s CEO, feared bankruptcy. In 1932, aid came in the form of Gilbert Rohde, a self-taught furniture designer who had traveled widely in Europe, absorbing details of the Art Deco movement and other modernist influences.  After persuading De Pree that the growing middle-class required smaller, lighter household furnishings, Rohde set a new course for Herman Miller, creating sleek chairs, tables and cabinetry that were the essence of the Streamline Moderne style.


Rohde died suddenly in 1944. The following year, De Pree turned to George Nelson, an architect who had written widely about modern furniture design. Under Nelson’s leadership, Herman Miller would embrace new technologies and materials and audacious biomorphic forms. Some of the pieces the company produced are now emblems of 20th century American design, including the Eames lounge chair and ottoman and Nelson’s Marshmallow sofa and Coconut chair. As you can see on 1stDibs, such instantly recognizable furnishings have become timeless — staples of a modernist décor; striking, offbeat notes in traditional environments.

About the Seller
4.8 / 5
Located in West Hartford, CT
Diamond Seller
These expertly vetted sellers are 1stDibs' most experienced sellers and are rated highest by our customers.
Established in 2004
1stDibs seller since 2017
241 sales on 1stDibs
Typical response time: 1 hour
More From This Seller
View All From Seller

Sofa Model 3473 by Charles and Ray Eames for Herman Miller