Melvin Charney was a Canadian contemporary artist and architect, born in 1935, in Montréal, Canada. He is known for a series of large-scale installations, such as Les maisons de la rue Sherbrooke, Montréal (1976) and A Chicago Construction (1982) and the creation of the Canadian Centre for Architecture (CCA) Garden, Montréal (1987-91). His works are widely acclaimed and he is also well known for his photo works, such as “UN DICTIONNAIRE…” (1970-2001) and photo-based paintings. He executed major commissions for public sculptures and won several competitions, including the Canadian Tribute to Human Rights, Ottawa (1991), which has become an important focal point of the National Capital and a large-scale installation for the City of Montréal, to celebrate its 350th anniversary, in Parc Émilie-Gamelin (1992). In 2004, he completed a major commission for the City of Sherbrooke, Québec, comprising an esplanade, a square and integrated sculpture, marking the historic center of the town. Works by Charney are included in public and private collections throughout Canada and in the U.S. Among the museums, with extensive collections of works by Charney, are the National Gallery of Canada, the Canadian Centre for Architecture and the Musée national des beaux-arts du Québec. Retrospective exhibitions of his work include The Art Gallery of Ontario, Toronto, 1978, the Musée d’art contemporain de Montréal, 1979, the Museum of Contemporary Art, Chicago, 1982, the Canadian Centre for Architecture, 1991-92, the Israel Museum, 1994-95, the Fondation pour l'Architecture, Brussels, 1994, Frac Basse-Normandie, Caen, France, 1998, Musée d'art contemporain de Montréal, 2002 and Americas Society, New York, 2008. A native of Montréal, Charney studied at the Montréal Museum of Fine Arts and was a graduate of McGill and Yale Universities. He lived and worked in Paris and New York, before returning to live and teach in Montreal. He died in September 2012. 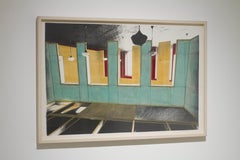 One size fits all / 4: From J.L Durand to Manhattan Skyscraper Culture
By Melvin Charney
Located in Montreal, Quebec
Category 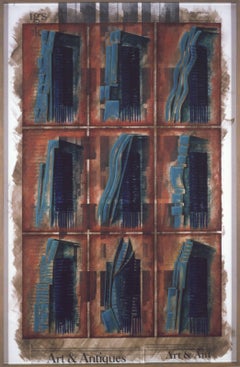 Melvin Charney
One size fits all / 4: From J.L Durand to Manhattan Skyscraper Culture, 2002

Melvin Charney
One size fits all / 4: From J.L Durand to Manhattan Skyscraper Culture, 2002 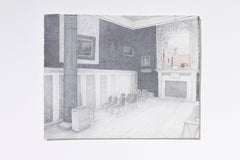 Underworld (2a)
By Robbie Cornelissen
Located in Montreal, Quebec
Category

The Dance (2)
By Robbie Cornelissen
Located in Montreal, Quebec
Category