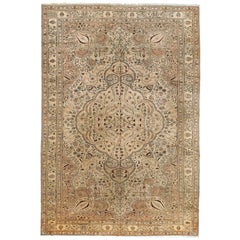 W 47 in. L 67 in.
Vintage Turkish Sivas Rug
Located in New York, NY
Sivas is a city in North Central Turkey, which is a major production site of Turkish rugs based on Persian designs. Often finely woven, Sivas rugs and carpets are highly appreciated ...
Category

W 102 in. L 146 in.
Antique Turkish Sivas Rug
Located in New York, NY
Sivas is a city in North Central Turkey, which is a major production site of Turkish rugs based on Persian designs. Often finely woven, Sivas rugs and carpets are highly appreciated ...
Category

W 18 in. L 18 in.
Beautifully Designed Antique Sivas Rug
Located in Norwalk, CT
A hand-knotted antique Sivas rug with a floral design on a beige field. Accents of brown and ivory throughout the piece. The size of this piece is 11.8 x 14.6.
Category

W 58 in. L 105 in.
Red and Beige Sivas Rug
Located in Los Angeles, CA
A fine example of a traditional Turkish Sivas style design with a bold red border and beige background. Flowing vines and flowers create a sense of movement and flow that combine gra...
Category

Sivas Rug For Sale on 1stDibs

With a vast inventory of beautiful furniture at 1stDibs, we’ve got just the sivas rug you’re looking for. Each sivas rug for sale was constructed with extraordinary care, often using fabric, wool and cotton. There are 665 variations of the antique or vintage sivas rug you’re looking for, while we also have 1 modern editions of this piece to choose from as well. Your living room may not be complete without a sivas rug — find older editions for sale from the 19th Century and newer versions made as recently as the 21st Century. A sivas rug is a generally popular piece of furniture, but those created in Art Deco, Mid-Century Modern and Industrial styles are sought with frequency. A well-made sivas rug has long been a part of the offerings for many furniture designers and manufacturers, but those produced by Zeki Müren, Mehraban Rugs and Rug & Kilim are consistently popular.

How Much is a Sivas Rug?