Charlie Boren was born in 1927 in Snyder, Texas to a pioneering family that dates its Texas heritage to 1828 when Nancy Boren came with a Spanish Land Grant to settle in the Robertson Colony. The people around him in his early life lived close to the land and he developed a strong appreciation for both its beauties and its challenges. This respect for nature is reflected in his sculpture. Boren’s earliest experience with wood carving came as he watched an aging neighbor whittle small prairie critters while telling him exciting stories of his days as a deputy sheriff in the Oklahoma Badlands. This impression of creating art with one’s hands and simple tools remained with Charlie's long past childhood. In 1945, when he graduated high school and entered Baylor University, World War II was in its final stages. After one semester, he enlisted in the Naval Air Corps and served two years as a combat aircrewman. Following World War II, along with many other young servicemen, he came home, married his childhood sweetheart Louise and went back to college. Charlie and his wife both graduated from Baylor University in the early 1950s. During the next 35 years, he devoted himself to a career in education; he spent 25 years in Austin as a teacher/coach and administrator, while at the same time preparing for a second career in art. This combination of teacher-artist is the basis for his work of the past 30 years. From the late 1970s until early in 2012, Boren lived and worked on his historic family farm south of Burleson, Texas. It was there that he founded Russell Farm Art Center. Unfortunately, Boren passed away in 2018 in Austin, Texas.

(Biography provided by Reeves Antiques)
Applied Filters1 result
Artist:Charlie Boren
to
Item Location
1
Height
to
Width
to
1
1
1
1
10,795
2,536
2,470
1,906
1
1
Carved Walnut Bust Sculpture
By Charlie Boren
Located in Houston, TX
Carved walnut sculpture of an older man looking majestically off into the distance as his hair streams behind him by Texas artist Charlie Boren in the 1980's. Artist biography: Mr...
Category 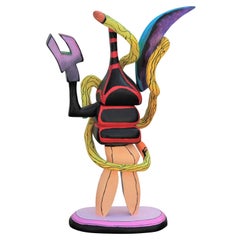 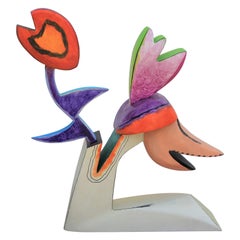 Figure of a Women in Movement
By Goncalvez
Located in Houston, TX
Category

Goncalvez
Figure of a Women in Movement, 1989