Jane Rosen was born in New York City, where she grew up and began her career as an artist. Despite finding early success in galleries and a prestigious teaching position in the city, Rosen found herself captivated by the accessibility of nature on a visit to the West Coast. She eventually relocated permanently to San Gregorio, California, where she keeps her studio and resides on a horse ranch frequently visited by the birds you see in her work.

Rosen was recently selected by the American Academy of Arts and Letters for inclusion in their prestigious 2014 Annual Invitational in New York. She has taught at numerous elite institutions, including the School of Visual Arts and Bard College in New York, LaCoste School of the Arts in France, Stanford University and the University of California at Berkeley.

Rosen’s work has been reviewed in the New York Times, ArtForum, Art in America and Art News. Her work has been exhibited across the United States and is in numerous public and private collections, including the Albright-Knox Art Gallery, the Aspen Art Museum, the Brooklyn Museum, the Chevron Corporation, the collection of Grace Borgenicht, JP Morgan Chase Bank, the Luso American Foundation, the Mallin Collection, the Mitsubishi Corporation, and the Museum of Contemporary Art, San Diego. She exhibits in galleries around the United States.

Find a collection of Jane Rosen art today on 1stDibs. 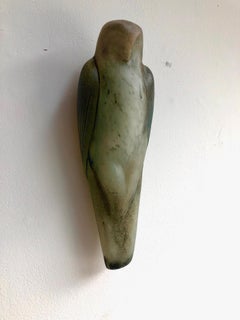 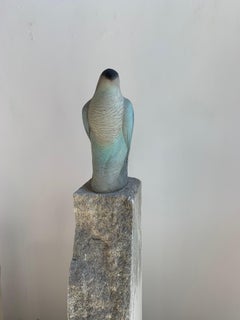 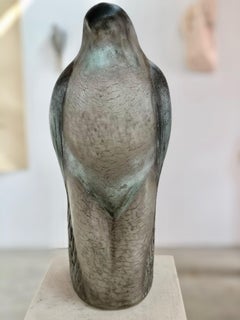 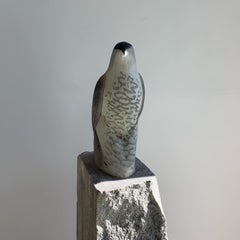 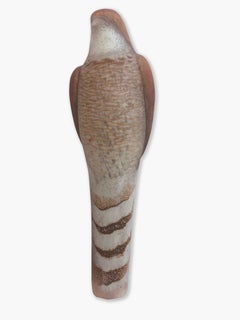 Stepladder
By Jane Rosen
Located in Mill Valley, CA
The Roman travertine of “Stepladder” caused Rosen to consider the Roman steps. Hawks are generally seen from below. By putting the stone bird on the step, she could consider him from...
Category

Palomino
By Jane Rosen
Located in Mill Valley, CA
Horse sculpture with unique patina on bronze with limestone base.
Category

Raphael Leonardo
By Jane Rosen
Located in Mill Valley, CA
Jane Rosen’s work is a manifestation of profound respect – for her materials, for her subject matter and for the process of making art. Rosen has synesthesia, a condition that unifie...
Category

Pescadero Lamb
By Jane Rosen
Located in Mill Valley, CA
Rosen was born in New York City where she grew up and began her career as an artist. Despite finding early success in galleries and a prestigious teaching position in New York, Rosen...
Category

Find wide variety of authentic Jane Rosen art available for sale on 1stDibs. You can also browse through art by Jane Rosen in glass, stone, blown glass and more by medium. Much of this artist's original work was created during the 21st Century and Contemporary, and is mostly associated with the Contemporary style. Not every interior allows for large Jane Rosen art, so small editions measuring 2.5 inches across are available. Customers who are interested in this artist might also find the works of Don Frost, Larisa Safaryan and Karen Shapiro. On 1stDibs, the price for these items starts at US$NaN and tops out at US$NaN, while the average work can sell for US$NaN.