Ryan Mitchell currently holds the position of Program Development Director at Jingdezhen Taoxichuan International Studio in Jingdezhen, China. He received his MFA from the University of Montana in 2005 and continued to reside in Missoula, Montana from 2005-07 as a resident artist at Clay Studio of Missoula. Since his years in Montana, Ryan has been selected for several artist-in-residence programs. In 2007, he was a resident at The Australian National University in Canberra. He participated as a resident artist at the LH Project in Joseph, Oregon in 2008 and 2009. He was selected as one the first Americans to be an artist-in-resident at the Fule International Ceramic Art Museums in Xi'an, China and has since participated in the residencies of Soochow University in Suzhou China (2015), the Artists for The Western Forests of Thailand with the Thung Yai Naresuan Wildlife Sanctuary (2015) and the Mekong River residency in Chiang Rai, Thailand (2015). He was an assistant to Peter Voulkos.

Separating the Rods and Cones
By Trey Hill
Located in Chicago, IL
Category 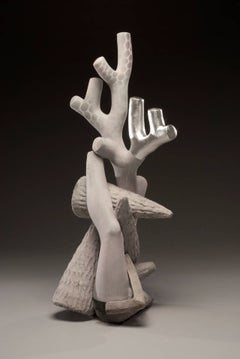 The End
By Richard Tuttle
Located in Chicago, IL
Category

H 43 in. W 13 in. D 9 in.
David: Remastered
By Ryan Mitchell
Located in Chicago, IL
Stoneware, Porcelain and Concrete
Category 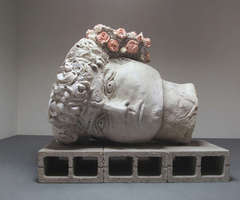