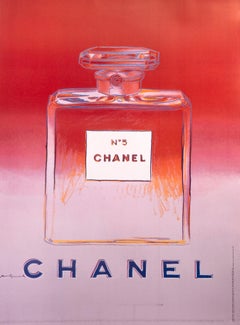 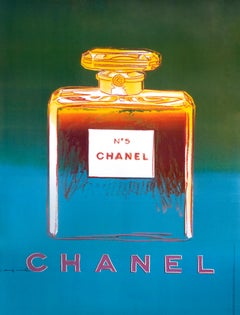 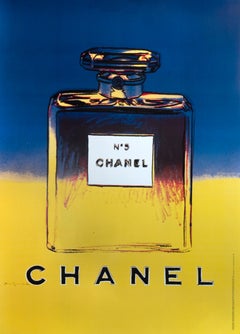 H 6 in. W 8 in.
Andy Warhol in Los Angeles Vintage Original Photograph
Located in Las Vegas, NV
This candid black and white capture features pop artist Andy Warhol at his exhibit in Los Angeles, 1984. Andy Warhol was an American artist, director, and producer who was a leading...
Category

H 46.66 in. W 33.08 in.
Original Vintage Solo Art Exhibition Poster Andy Warhol I'd Like To Be A Machine
By (after) Andy Warhol
Located in London, GB
Original vintage advertising poster for Andy Warhol's solo exhibition at the Moderna Museet Stockholm Sweden Museum of Modern Art from 10 February to 17 March 1968 featuring a quote ...
Category

(after) Andy Warhol
Original Vintage Solo Art Exhibition Poster Andy Warhol I'd Like To Be A Machine, 1968

(after) Andy Warhol
Original Vintage Andy Warhol Poster Do You Think Pop Art Is No I Don't Quote Art, 1968

H 39.38 in. W 27.56 in.
Original Vintage American Poster Art Exhibition Poster - Campbell's Tomato Soup
By Andy Warhol
Located in London, GB
Original vintage advertising poster in German for the American Art in Posters of the 1960s exhibition held in Hamburg from 15 January to 30 March 1979 featuring a bright and colourfu...
Category

H 21.89 in. W 21.89 in. D 0.08 in.
Ingrid Bergman Herself - original modern Warhol lithograph pop art signed
By Andy Warhol
Located in Hamburg, DE
"Ingrid Bergman Herself", screen print on Lenox Museum Board with glossy finish, printed in the 1980's as a catalogue invitation for an exhibit in Sweden, original signature in black...
Category

H 16.54 in. W 16.54 in. D 1.19 in.
Ingrid Bergman (with Hat) - original modern Warhol lithograph pop art signed
By Andy Warhol
Located in Hamburg, DE
"Ingrid Bergman with Hat (from Casablanca)", screen print on Lenox Museum Board with glossy finish, printed in the 1980's as a catalogue invitation for an exhibit in Sweden, original...
Category

H 16.54 in. W 16.54 in. D 1.19 in.
Ingrid Bergman The Nun - original modern Warhol lithograph pop art signed
By Andy Warhol
Located in Hamburg, DE
"Ingrid Bergman The Nun (from "The Bell's of St. Mary's"), screen print on Lenox Museum Board with glossy finish, printed in the 1980's as a catalogue invitation for an exhibit in Sw...
Category

On 1stDibs, you can find the most appropriate original warhol print for your needs in our varied inventory. On 1stDibs, the right original warhol print is waiting for you and the choices span a range of colors that includes black, beige, gray and brown. An original warhol print from Andy Warhol, (after) Andy Warhol and Christopher Makos — each of whom created distinctive versions of this kind of work — is worth considering. These artworks were handmade with extraordinary care, with artists most often working in offset print, paper and screen print. A large original warhol print can be an attractive addition to some spaces, while smaller examples are available — approximately spanning 7 high and 5.25 wide — and may be better suited to a more modest living area.

How Much is a Original Warhol Print?

An original warhol print can differ in price owing to various characteristics — the average selling price for items in our inventory is $777, while the lowest priced sells for $100 and the highest can go for as much as $162,720.