Born in Denmark, Jais Nielsen initially studied at Kristian Zahrtmann’s art school and exhibited for the first time at the 1907 Autumn Salon in Copenhagen's Charlottenberg Palace. He participated in the ground-breaking The Group of Thirteen modernism show, where his focus on dynamic figural painting and his bold use of color set him dramatically apart from his contemporaries. From 1907–11, his use of 'primitive' Fauve colors reinforced his clear departure from traditional Danish painting. In 1911, Nielsen moved to Paris where he settled in the Latin Quarter near the Musée de Cluny. His first formal Paris exhibition was at the Salon d’Automne of 1912. During this first Paris period, from which the present work dates, Nielsen attended meetings of the Section d’Or at the studio of Jacques Villon and began to incorporate distinct, yet subtle, Cubist elements into his work. At the outbreak of World War One, Nielsen moved back to Copenhagen, taking his Parisian Modernist style with him. Sports, dance and circus life were the themes that interested him and he painted many canvases in the best tradition of the early Cubists, of which he became the earliest Danish exponent. Neilsen exhibited widely and with success and was the only Danish artist represented in the landmark Futurist exhibition, “Futurismo & Futurismi” in Venice, Italy in 1986. A retrospective of his work was also held at the Galerie 1900–2000 in 1986. Nielsen is recognized as a founding pioneer of Scandinavian modernism and his works are held in private and public collections worldwide including the permanent collections of the National Art Museum in Copenhagen and the National Museum in Oslo. He is well-listed in all art historical reference works including Thieme-Becker and in Benezit, which gives a signature sample. 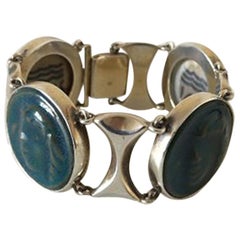 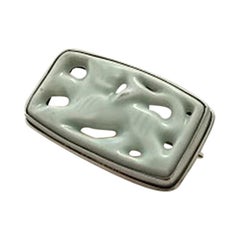 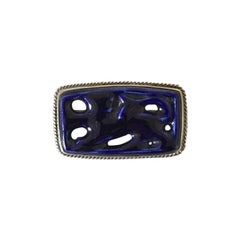 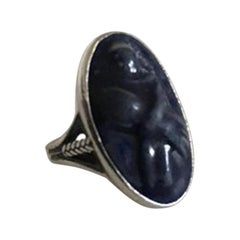 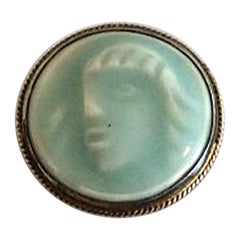 A. Dragsted Modern Brooch in Sterling Silver
By A. Dragsted
Located in Copenhagen, DK
Category