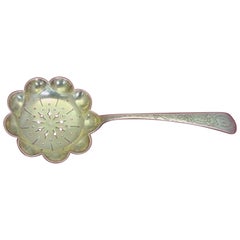 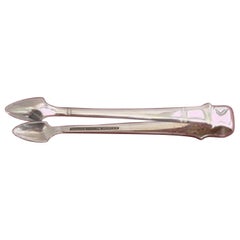 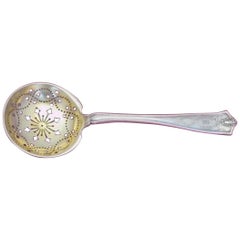 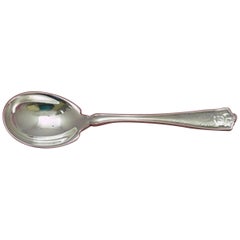 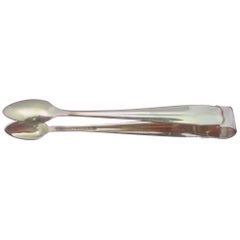 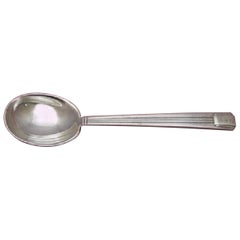 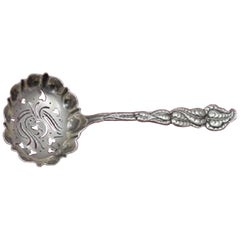 H 1 in. W 1 in. D 1 in.
Antique Engraved by Tiffany & Co. Sterling Silver Sugar Sifter
By Tiffany & Co.
Located in Big Bend, WI
"Sterling silver sugar sifter 6 3/8" in the pattern antique engraved AKA custom by Tiffany & Co. It is monogrammed on the back (monos vary) and is in excellent condition. 100% sat...
Category

H 1 in. W 1 in. D 1 in.
Vine by Tiffany Sterling Silver Sugar Sifter GW with Raspberries
By Tiffany & Co.
Located in Big Bend, WI
Sterling silver sugar sifter gold washed with raspberries 7 1/4" in the pattern Vine by Tiffany & Co. It is monogrammed (monos vary) and is in excellent condition. 100% satisfacti...
Category

H 1 in. W 1 in. D 1 in.
Japanese by Tiffany & Co. Sterling Silver Sugar Sifter Gold-Washed
By Tiffany & Co.
Located in Big Bend, WI
Japanese was designed in 1871, during the most innovative period in the history of Tiffany silver, and it is still one of the most popular of all Tiffany patterns. Japanese was the f...
Category

Tiffany Sugar For Sale on 1stDibs

At 1stDibs, there are many versions of the ideal tiffany sugar for your home. Frequently made of metal, silver and sterling silver, every tiffany sugar was constructed with great care. There are many kinds of the tiffany sugar you’re looking for, from those produced as long ago as the 19th Century to those made as recently as the 20th Century. When you’re browsing for the right tiffany sugar, those designed in Art Deco, Art Nouveau and Georgian styles are of considerable interest. Tiffany & Co. each produced at least one beautiful tiffany sugar that is worth considering.

How Much is a Tiffany Sugar?

A tiffany sugar can differ in price owing to various characteristics — the average selling price 1stDibs is $389, while the lowest priced sells for $59 and the highest can go for as much as $22,500.

Tiffany's furniture is available for sale on 1stDibs. These distinctive objects are frequently made of metal and designed with extraordinary care. There are many options in our Tiffany & Co. Furniture collection, although beige editions of this piece are particularly popular. In-stock we have 1 vintage editions of these items, while there is also 0 modern edition to choose from. Tiffany's furniture prices can vary depending upon size, time period and other attributes. Price for these items starts at $7,500 and tops out at $7,500, while pieces like these can sell for $7,500 on average.