Albert Urban, painter, sculptor, printmaker, and teacher, was born in Frankfurt, Germany. He studied at the Kunstschule in Frankfurt, Germany, with Max Beckmann and Willi Baumeister, and after graduation, he was hired as an assistant instructor at the academy. With Hitler's rise to power, Urban was one of many artists condemned by the Nazis. His work was confiscated and included in the “Degenerate Art Exhibition” in Munich in 1937. Forbidden to paint, he fled to London, finally moving to New York in 1940. Once settled in the U.S., Urban returned to painting, between 1941–48, he had five solo exhibitions in New York and Philadelphia. A critic for Art News in 1946 extolled his work, describing him as "a painter's painter, whose brilliant color, vibrant forms, swiftly spontaneous design, and general technical inventiveness must win the respect of all informed scholars of painting." With the idea of making his work affordable to the general public, Urban began working in the medium of serigraphy in 1942, producing a body of four and five-color screen prints. He and his wife, Reva, opened Gallery Urban at 16 West 10th Street in New York, where they exhibited his work and that of other contemporary modernists. Nineteen of his screenprints, produced between 1944–46, are listed in The Early History of the Screenprint by Reba and Dave Williams, as published in the Print Quarterly in December 1986. Between 1948–58, Urban remained something of a recluse, for a period refusing to show his work to anyone. Finally, a solo exhibition of his work was mounted to critical acclaim at the Zabriskie Gallery in 1958. Urban's work was included in many exhibitions in the 1940s, and he is represented in numerous museums including, Addison Gallery of American Art, Albright-Knox Art Gallery, Museum of Fine Arts Boston, Brooklyn Museum, Museum of Modern Art, National Gallery of Art, Frederick R. Wesiman Art Museum and Worcester Art Museum. 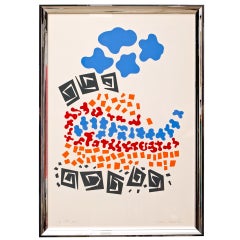 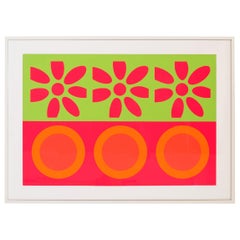 1950s Abstract Oil on Board by Brodie
By Brodie
Located in New York, NY
Category

1950s Abstract Oil on Board by Brodie

Abstract Figural Painting of a French Officer and a Woman
Located in New York, NY
Category

Abstract Figural Painting of a French Officer and a Woman

Albert Urban Furniture is for sale on 1stDibs. These distinctive items are often made of paint and designed with extraordinary care. There are many options in our Albert Urban Furniture collection, although black editions of this piece are particularly popular. If you’re looking for additional options, many customers also consider furniture by Albert Kallis Furniture, Karl Drerup Furniture and Heinz Edelmann Furniture. The prices for Albert Urban Furniture can vary depending on size, time period and other attributes. Price for these items starts at $2,850 and tops out at $2,850, while pieces like these can sell for $2,850 on average.