Carl Anton Reichel was an Austrian autodidact, art collector and visual artist. He studied medicine, psychiatry and psychology. In 1903–04, he moved to Monaco, where he met Alfred Kubin. Reichel married Hilde Konstanze Dolmatoff, they had three children and lived in Großgmain, later they moved to Salzburg, where they dwelled in the castle of Arenberg. Bahr included the following dedication in his drama Der Unmensch, “The Great Artist Carl Reichel with devotion." In 1914, he bought the Edelhof near Micheldorf, where he met Arnold Schönberg. In 1943, one of his artworks was shown at Braunau am Inn. After this exhibition, he participated in several gallery and museum exhibitions, including at the Schirn Kunsthalle Frankfurt and the Belvedere. Reichel worked as an engraver during the first years. He realized almost 300 works, among which were xylograph and graphic works. His interest in fantasy makes him a forerunner of the Wien School of Magical Realism.CARL ANTON REICHEL (AUSTRIA, 1874–1944)

(Biography provided by Wallector)
Applied Filters1 result
Artist:Carl Anton Reichel
to
Item Location
1
Height
to
Width
to
1
1
1
10,790
2,534
2,481
1,927
1
Tanzerin - Original Etching by C.A. Reichel - 1917
By Carl Anton Reichel
Located in Roma, IT
Tänzerin is an original artwork realized by Carl Anton Reichel in 1917. Dated on the higher left margin; the monogram of the artist is also present. The etching is part of a portfoli...
Category 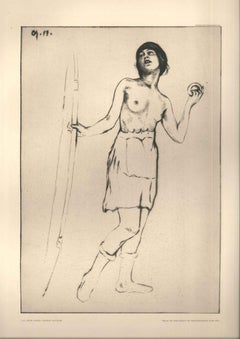 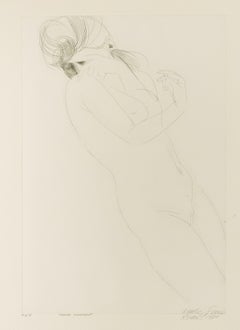