JR is a photographer and artist whose identity is unconfirmed. After he found a camera in the Paris subway, he did a tour of European Street Art, tracking the people who communicate messages via the walls. Then, he started to work on the vertical limits, watching the people and the passage of life from the forbidden undergrounds and roofs of Paris. He has described himself as a "photograffeur", as he flyposts large black-and-white photographic images in public locations in a manner that is similar to the appropriation of the built environment by the graffiti artist.

"The beauty of an art project is that you cannot always measure the impact, but one day it can become clear." —JR

The artist exhibits freely in the streets of the world, catching the attention of people who are not typical museum visitors. JR's work combines art and performance and its subject varies from commitment, freedom, identity and limitations. JR has exhibited his work at Centre Pompidou, Tate Modern, Watari-Um in Tokyo, Frieder Burda Museum in Baden-Baden, and Power Station of Art in Shanghai. 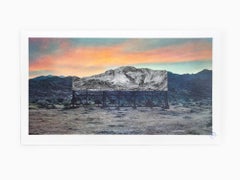 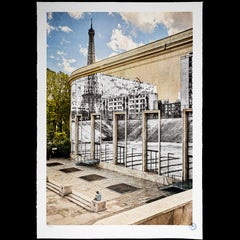 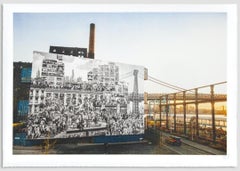 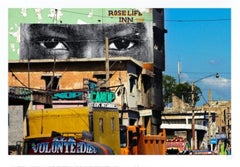 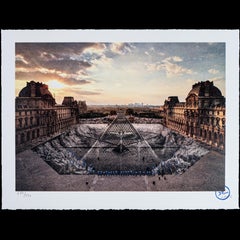