Tripp Derrick Barnes is 28 years old, born and raised in South Carolina. He graduated from Savannah College of Art and Design with a major in Film & Sound. It was there where he found his true passion because of a required life drawing class. After backpacking the globe for six months, he moved to New York City to work on films such as The Dark Knight and The Secret Life of Walter Mitty. Barnes then took positions at advertising giants GREY and Kirshenbaum Bond Senecal while pursuing his love of the arts. It's here where he began to acquire a following, which helped launch him as a full-time artist. Within a year of his first painting in the city, Barnes was featured on Good Morning America, that was his big break. Since then he's done portraits for actors such as Matthew McConaughey, Susan Sarandon, Drew Brees, TV Host Andy Cohen, along with Rap artists Ja Rule and Waka Flocka Flame. He has also worked for major brands Jameson liquor, Hanes, Bali, Maidenform, Playtex, SPiN New York and Lactose footwear. Together with his close friend and artist, Steven Swancoat, they've coined the term PopNeoism. A new form of pop art connecting today's icons with abstract expressionism. Barnes’s work has been called relentless, resilient, and embracing. Painting has been a huge factor in recovering from his Lyme Disease, Herniated Disks, and Scoliosis. Pushing through the pain with love, color, and creative expression.

(Biography provided by 212 Arts)
Applied Filters2 results
Artist:Tripp Derrick Barnes
to
Item Location
2
1
1
1
1
Overall Height
to
Overall Width
to
2
2
2
11,600
3,131
2,532
1,917
2
2
2
Sexxxy Swirl
By Tripp Derrick Barnes
Located in New York, NY
Tripp Derrick Barnes is 28 years old, born & raised in South Carolina. He graduated from Savannah College of Art and Design with a major in Film & Sound. It was there where he found ...
Category 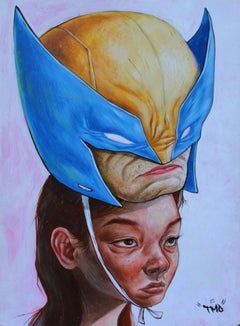 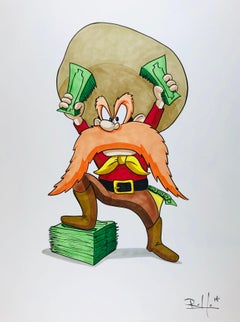 No Bones About It
By Chris RWK
Located in New York, NY
Category

The Dapper Symbiotic
By AM DeBrincat
Located in New York, NY
Category

AM DeBrincat
The Dapper Symbiotic, 2018

Stripeland
By AM DeBrincat
Located in New York, NY
Category

Gazelle
By AM DeBrincat
Located in New York, NY
Category