Benjamin Buckley is a London-based artist. He draws in thick black lines reminiscent of and inspired by traditional Chinese and Japanese woodblock prints. Graduating from Camberwell College of Arts, London, in 2010, Buckley has gone on to show continuously throughout his career to date. His compositions reveal a world in a constant overflow of architectural marvels, with Americana, Orientalism, commercialism, spirituality, gentrification, the ocean. The landscapes teem with potential stories, from jumbled histories to mysterious recent events. See smoke coming from a chimney, a rubber ring sailing by, clothes hung up to dry and it seems possible that the inhabitants have just stepped out of sight, as in a western or samurai film, just before the climactic battle. With almost immediate gallery representation from his exit from art university in 2010, he was selected as one of the top 10 emerging artists in the UK 2013 by prestigious Affordable Art Fair founder and renowned art critic, Will Ramsay. Voted by the London Metro 2013 as one of the most up-and-coming artists, Buckley has gone on to show his works at exhibitions such as the “Royal Academy Summer Exhibition” and “Grand Designs Live Birmingham” as well as multiple groups and solo shows across the UK and Europe. 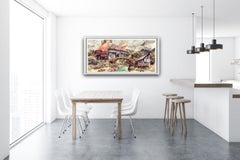 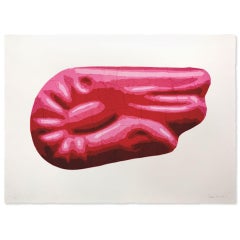 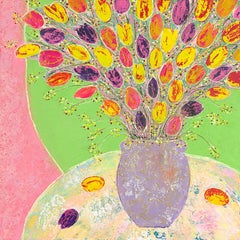