Howard Bradford was born in Toronto, Canada, on July 14th, 1919 and moved, at a young age, to Los Angeles, California. He spent his youth raising chickens and growing dahlias, the influence of which can be seen in his later paintings. In his 20s, Howard was inspired to become an artist by his mentor Elwood Decker.

After serving in the army during World War II, Bradford used the G.I. Bill to study at the Chouinard and Jepson Art Institutes in Los Angeles and at the San Francisco Art Institute. He met fellow artist Dorothy Bowman while studying at Chouinard and they eventually wed. Bradford later taught painting and lithography at Jepson and was a summer guest teacher of serigraphy at the University of Wisconsin in Madison and at the University of Utah in Salt Lake City. In the 1950s, the Western Serigraph Institute was formed in Los Angeles, and Bradford was a charter member. He was also a member of the American Color Print Society and the Carmel Art Association. 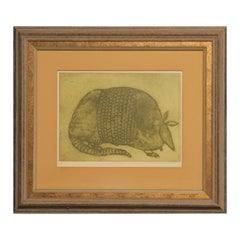 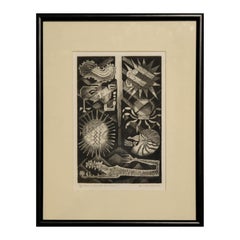