As one of the most important protagonists of abstract painting, the German painter, graphic artist, stage designer and art theorist Willi Baumeister was a part of the postwar European avant-garde. In 1919, Baumeister entered the master class of Adolf Hölzel in Stuttgart and also became a member of Berlin’s “Novembergruppe." In the same year, he began his first distinctively individual series of paintings with his “Mauerbilder” (Wall Paintings). For the rest of his life, Baumeister retained the interest in textures and structures that finds expression in these works. Important series followed: “Maschinenbilder” (Machine Paintings), the “Sportler” (Athletes), “Ideogramme” (Ideograms) and — from 1939 onward — “Eidos." As early as 1930, the artist was already involved in the Parisian artists group “Cercle et Carré” as well as the association “Abstraction-Création," founded by Naum Gabo and Antoine Pevsner, among others.

Although Baumeister continued to develop his abstract pictorial ideas, figurative elements were retained. This may be explained through — among other sources — his intense occupation with prehistoric painting, ethnological symbols and the art of primitive peoples. In 1941, the Nazis placed a ban on exhibitions of Baumeister’s work. In 1946, he received a professorship at the State Academy of Fine Arts Stuttgart. The book Das Unbekannte in der Kunst (The Unknown in Art) — written in 1943–44, but first published in 1947 — made Baumeister one of the most important art theorists in Germany. 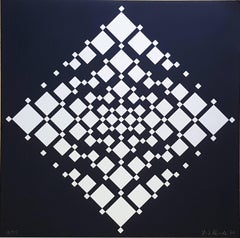 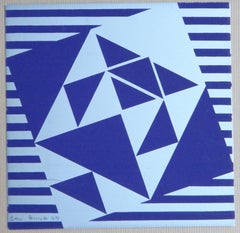