Adrian Wong Shue was born on the Caribbean island of Jamaica in the West Indies, to Cantonese-Jamaican parents. He studied in Kingston, Jamaica and Los Angeles, California. After visiting the United States several times, Wong Shue moved to Los Angeles in 1980, where he found individual freedom. Later, he attended Antioch University, where he graduated with a B.A in psychology. At the age of seven, he began experimenting with colors from flower petals and executed his first deliberate painting. It was a painting of the Giant Green Dog, a legendary dog from the hills of St. Andrew. From that point on, painting became an obsession. At the age of 14, Wong Shue began the study of charcoal drawing with private instruction from Alfred Chin of Canton, China. At the age of 16, he was the personal student of Alexander Cooper at Kingston College. In less than three decades, Wong Shue experienced the social and political changes of colonialism, independence and socialism. Isolation, as a child and teenager, produced a sensitivity to life, as expressed in his paintings. His earlier pen and ink drawings were realistic images of daily life and communicate the full scope of human emotion. Wong Shue is popularly known for his intricate paintings on Japanese Natsume and Chinese rice paper. He also does drawings in pastels, charcoal, ink and pencil, as well as woodcuts and etchings. His paintings, many of them figures painted from live models, consist of oil on canvas, gouache, acrylic and watercolor. 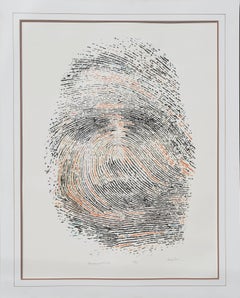 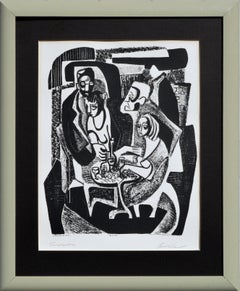 Windows - A Suite of Prints by Patricia Pearce, et al
By Patricia A. Pearce
Located in Soquel, CA
Category

Patricia A. Pearce
Windows - A Suite of Prints by Patricia Pearce, et al, 1989