Earl Stetson Crawford, painter, printmaker, muralist and illustrator, was born in Philadelphia on June 5, 1877, the grandson of the hat-maker, John B. Stetson. He studied at the School of Industrial Art in Philadelphia, the Pennsylvania Academy of Fine Arts and Paris at Académie Julian, École des Beaux-Arts, Académie Delécluse and Académie Carmen, where he was a student of James McNeill Whistler. He also received training in Munich, London, Rome, Florence and Venice. Crawford taught at the School of Applied Design for Women in New York between 1912–17. He had studios in New York and Nutley, New Jersey in the early years of his career. After serving in World War I, Crawford and his wife, Brenetta Bimm Herrman, moved to southern France in 1923. They were forced to return to the United States in the early 1930s due to the outbreak of World War II. Crawford then moved to California, where he established himself in Pasadena and devoted himself to printmaking. Crawford was a member of the American Art Association of Paris, the Society of Illustrators, the Artist Fund Society, the Société des Arts et Lettres, Associé de la Société Nationale des Beaux-Arts, and the Société des Graveurs. His work is represented in the collections of the New York Public Library; RijksMuseum, Amsterdam; Christchurch Museum, New Zealand; Smithsonian American Art Museum; and the Fine Arts Museums of San Francisco. Crawford died in Pasadena, California, on September 13, 1966. 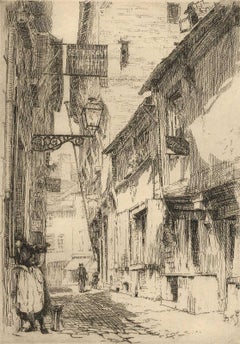 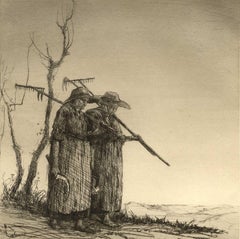 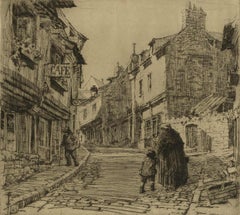 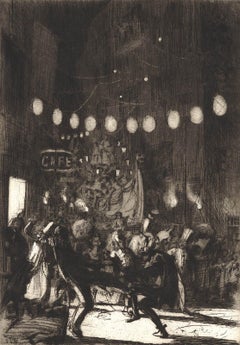 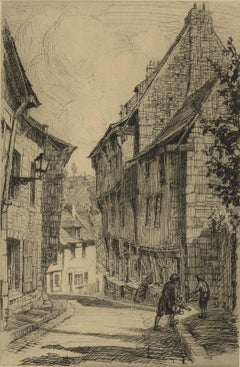 H 8.25 in. W 11.75 in.
Flower Market at Menton
By Earl Stetson Crawford
Located in New Orleans, LA
Stetson Crawford created this etching of Menton, France, in an edition of 40. Of all the towns on the Côte d’Azur, Menton is one of the least talked-about, least pretentious and the ...
Category