Edward Bouverie-Hoyton studied etching under Malcolm Osborne and Stanley Anderson at Goldsmiths' College. In 1926, he won the coveted Prix de Rome and spent the next three years at the British School in Rome, traveling widely in Italy, France, Greece and Spain. In the early 1930s, Devon and the West Country were a source of subjects for his works, although, by 1933, he was living in the London area. Edward became Lecturer in Engraving at Leeds College of Art in 1934, and in 1941 was appointed Principal of Penzance School of Art. Hoyton retired in 1965 to concentrate fully on his etching, and became Vice-President and Chairman of STISA, eventually stepping down in 1981. Although he also painted in oils and watercolors, his etchings are considered his finest works. 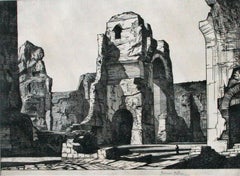 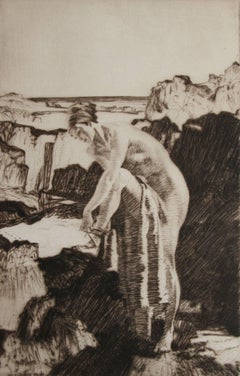